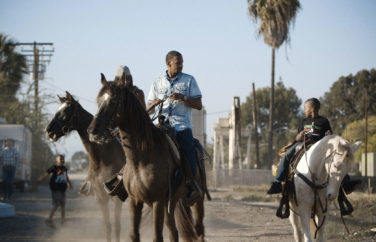 NYC PREMIERE Against the backdrop of the mean streets of Compton, California, urban cowboys find joy and purpose among the horses of the Hill, the last public stable in South Central LA. Brett Fallentine follows three Black cowboys: Ghuan, who fights to rebuild the Hill after a mysterious fire and to preserve its unique culture; […] 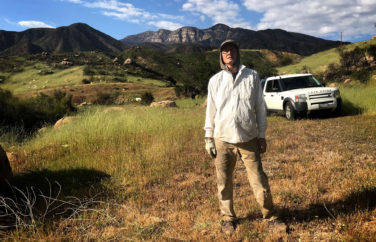 WORLD PREMIERE John Davis and Lorrie Brown, who run an architecture firm in Ojai, Calif., knew they were constructing a home in a dangerous spot when they decided to live on 27 acres in the hills of Ventura County, where the Thomas Fire destroyed more than 1,000 structures last year. But unlike many of their […] 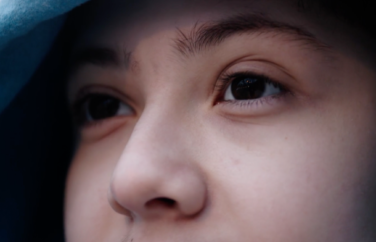 If a show has gone RUSH, a limited number of tickets may be released 15 minutes before showtime on a first come, first served basis at the theater venue. Rush lines for sold out shows will form one hour before showtime at the specific screening venue. The following films have gone RUSH:  SVA Theatre Biggest […] 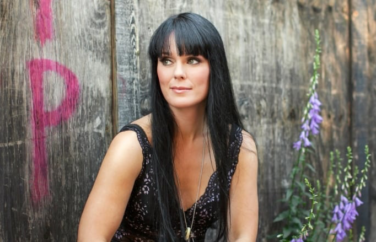 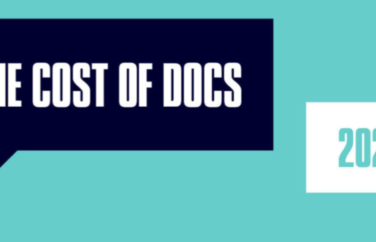 Click here to subscribe to the Monday Memo. Last week’s Monday Memo included a prominent citation of a recent opinion piece about decolonizing documentary storytelling without providing adequate context, departing from our own editorial guidelines. In sharing the piece without acknowledging the broader discussion happening in our community, as laid out in key articles and addresses by filmmakers and […] 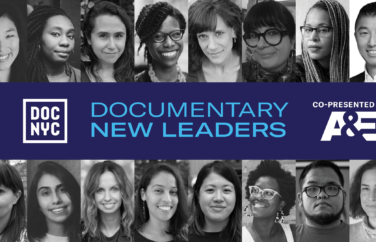 I hope that, like me, you’ve been lavishing in the wealth of docs on offer from this year’s edition of DOC NYC (which continues through Thursday this week)! Today the festival announces its inaugural list of Documentary New Leaders (see below), while Filmmaker Magazine and others shared some of their favorites of the fest thus far. Also in […] 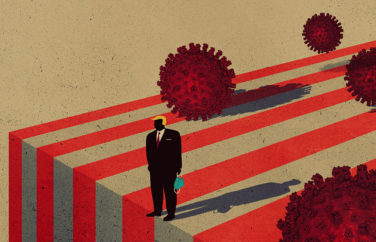 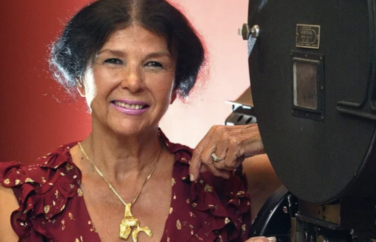 DOC NYC’s Thom Powers here filling in for Monday Memo’s Jordan M. Smith while he’s on vacation. We are mourning the death of James Redford at age 58. DOC NYC showed his films Happening: A Clean Energy Revolution and Toxic Hot Seat. In other news this week, Alanis Obomsawin was awarded a $100k prize, IDFA has new plans, and DOC NYC announced its 2020 line-up available […] 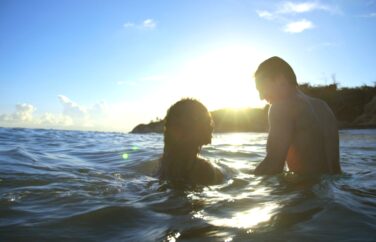 I don’t know about you guys, but I feel a bit tuckered out. Maybe it’s the swift shift from the warm summer days to the increasingly dark days of fall. Or more likely, it’s just the lingering instability we’re all feeling in this current moment. I’m thankful I’ll be taking the next few days to rest […] 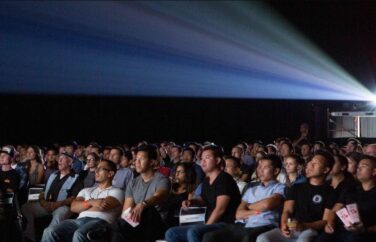 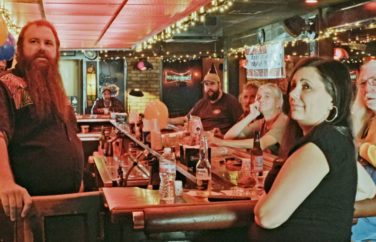 The opening of the Ross brothers’ Bloody Nose, Empty Pockets brought staged documentaries back into the spotlight, the results of the latest edition of the Thumbs Down: Film Critics and Gender study were released, and the New York Film Festival revealed its Revivals program with a handful of key doc classics among its ranks. In wider-ranging industry news, New York’s […] 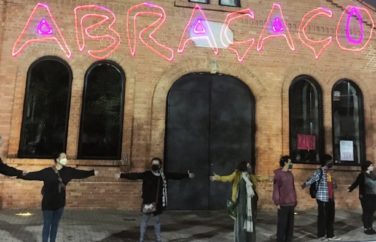 With the Cinemateca Brasileira in São Paulo facing dire circumstances, along with the suicides of both British filmmaker Richard Bright and documentary subject Daisy Coleman, of Audrie and Daisy, it’s been a fairly grim week in nonfiction cinema news. That said, there have been significant steps made toward diversifying nonfiction production talent, there are a ton […] 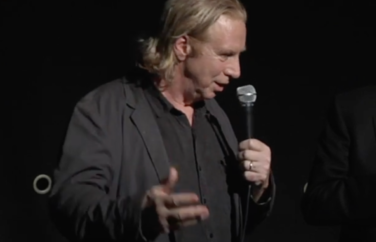 At this point, it’s been 119 days since I’ve sat in a dark movie theater and taken in a film with a crowd of strangers, and I have serious doubts about when I will be willing and able to again. It’s strange and sad, and yet there are much worse things to be worrying about. That said, thanks to […] 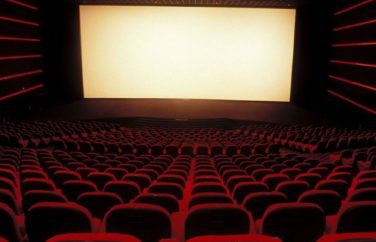 As the number of cases of COVID19 continue to skyrocket once again here in the states, some folks are still debating the risks of going out to the movies (check out Jason Bailey’s interview with Dr. Robert Lahita on the topic). Elsewhere, The Documentary Life podcast and The D-Word have announced a partnership, Sunny Side […] 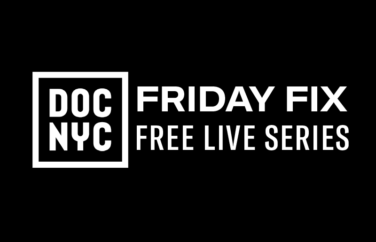 Friday Fix is a new series covering documentary film, hosted by Thom Powers. Viewers are invited to share comments during the live show. The episodes are taped and able for viewing anytime. Find links to recorded webinar content below and on our YouTube channel, in addition to a curated list of resources related to specific themes. You can […] 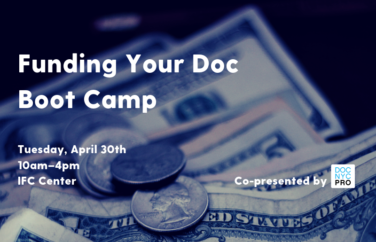 Click here to get a discounted ticket to both “Funding Your Doc” on April 30 and “Launching Your Doc into the World” on May 13. Save 25% off individual tickets— $150 for both events, or only $120 for IFC Center members. You have your documentary idea ready to go – and now the biggest question […] 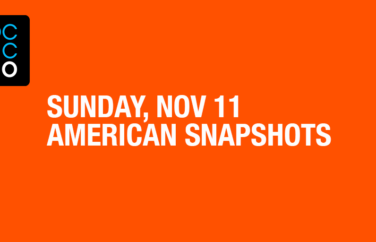 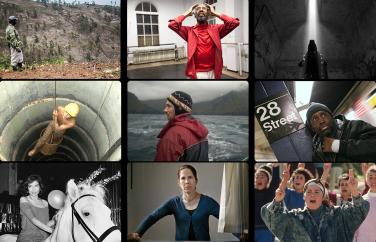 Three juries selected films from each of the festival’s Viewfinders, Metropolis and Shorts sections to recognize for their outstanding achievements in form and content. Festival audiences voted for the DOC NYC Audience Award, and a panel of industry professionals voted to select the winner of this year’s new DOC NYC PRO Pitch Perfect Award. Viewfinders […] 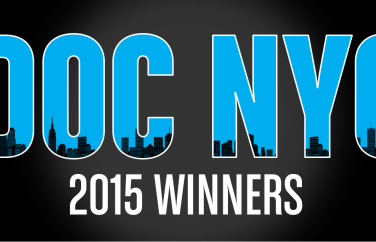 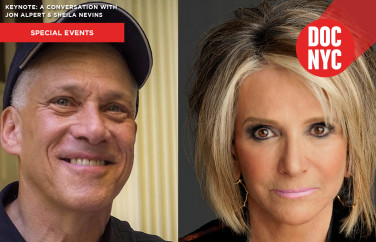 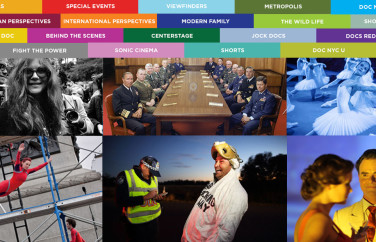