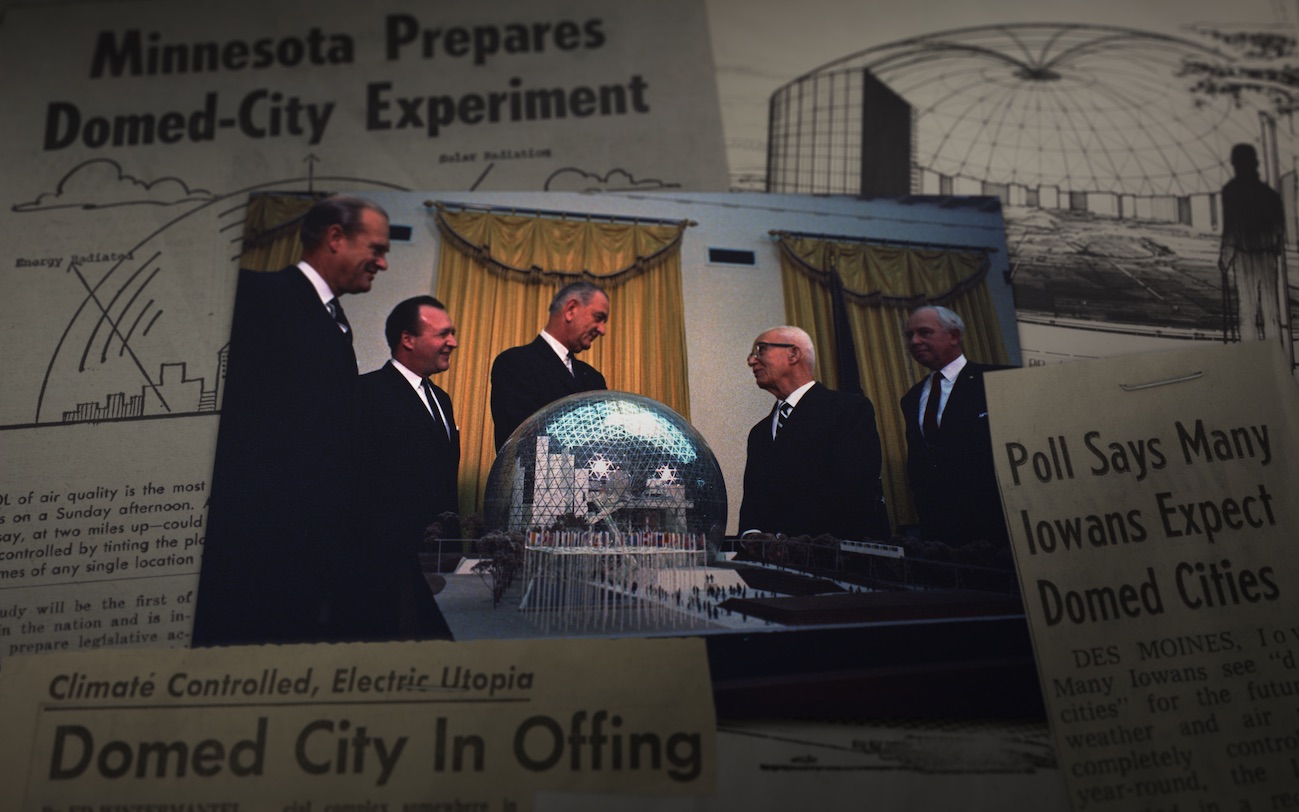 NYC PREMIERE In the 1960s, frustrated by the growing problem of urban pollution, Athelstan Spilhaus, a visionary scientist and futurist comic strip writer, assembled a team of experts to develop a bold experiment: the Minnesota Experimental City (MXC). MXC would be the city of the future, a domed metropolis for 250,000 pioneering residents, built from scratch and using cutting-edge technology to prevent urban sprawl and pollution. Things didn’t quite go as planned, as explored in Chad Friedrichs’ fascinating look back at the would-be city of tomorrow.