A deep dive into various aspects of cinematography including case studies from noted DPs.

Cinematography Day is co-presented by:

The Documentary Cinematographers Alliance (DCA) is a community of professional documentary cinematographers working together to elevate the craft, improve career sustainability, and promote visibility and recognition of the collaborative nature of the work we do. DCA advocates for fair wages, inclusive hiring practices, and safe working conditions for all. In this panel, the DCA will introduce themselves through their work in nonfiction cinematography and explore how they collaborate with directors and filmmaking teams. DCA representatives include Jenni Morello (Made in Boise) and Nausheen Dadabhoy (Not Done: Women Remaking America)  and Jerry Risius. 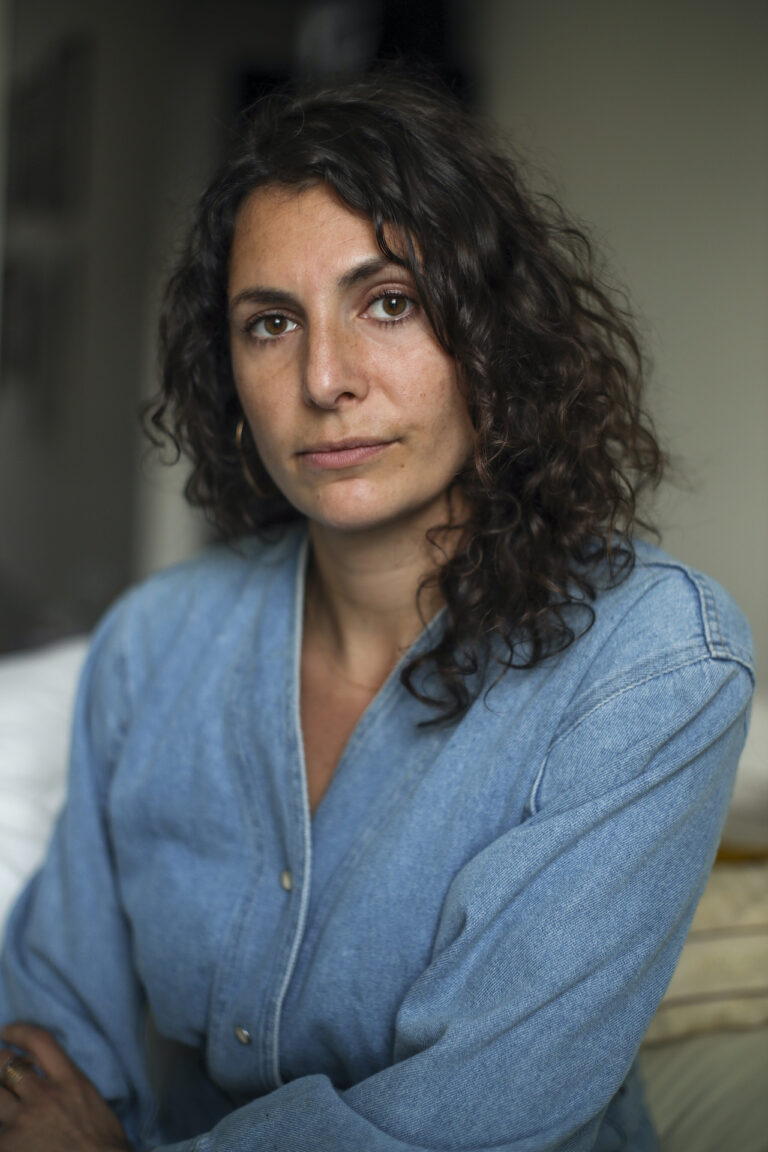 Cinematographer (Made in Boise)

Cinematographer (Made in Boise)

Jenni Morello is a documentary cinematographer focused on creating films that contribute to deepening social justice conversations. She received critical acclaim for her work in Heidi Ewing and Rachel Grady’s One of Us (Toronto International Film Festival, 2017), currently on Netflix. Most recently she shot Beth Aala’s Made In Boise, which aired on PBS in the fall of 2019. She was the director of photography for the Lifetime series Her America, which won a ClIO Award. In 2018 DOC NYC named Morello to the inaugural 40 under 40 class. A former Peace Corps volunteer in Morocco in the field of public health, she holds a Masters in Fine Arts from the School of Visual Arts in social documentary film. In her work, she brings a cinematic splendor and emotional vulnerability to reveal the universal themes within social issues, transcending cultural barriers by offering a rare window into worlds seldom seen.

Nausheen Dadabhoy, is a director and cinematographer whose work spans fiction and documentary. As a cinematographer she has lensed an Oscar nominated live action short film and an Emmy winning feature documentary. Her films have screened at festivals worldwide including Sundance, TIFF, Tribeca, Locarno and have appeared on Netflix, Amazon, HBO and PBS. Her directorial debut THE GROUND BENEATH THEIR FEET premiered at IDFA. She is currently directing her second feature, AN ACT OF WORSHIP. The film has received support from the Ford Foundation, Sundance Institute, Hot Docs, IDA, among others. Nausheen has been a Film Independent Project:Involve Fellow, Berlin Talents participant, Firelight Fellow, Chicken & Egg Eggcelerator Lab Fellow, a newportFILM Documentary Cinematography Fellow, and a Soros Equality Fellow. She was part of DOC NYC’s inaugural “40 Under 40.” Nausheen is based in NYC, LA and Karachi, Pakistan. She received her MFA in Cinematography from the American Film Institute.
11:30 am – 12:40 pm

In conversation with Nicole Galovski (Culture House), co-director Isabel Bethencourt delves into the cinematography behind the award-winning Cusp, shot in vérité style by a two-woman team that also included co-director Parker Hill. Explore how the film’s cinematic metaphors mirror the lives of its three main subjects: teenagers living in a Texas military town confronting the dark corners of adolescence. 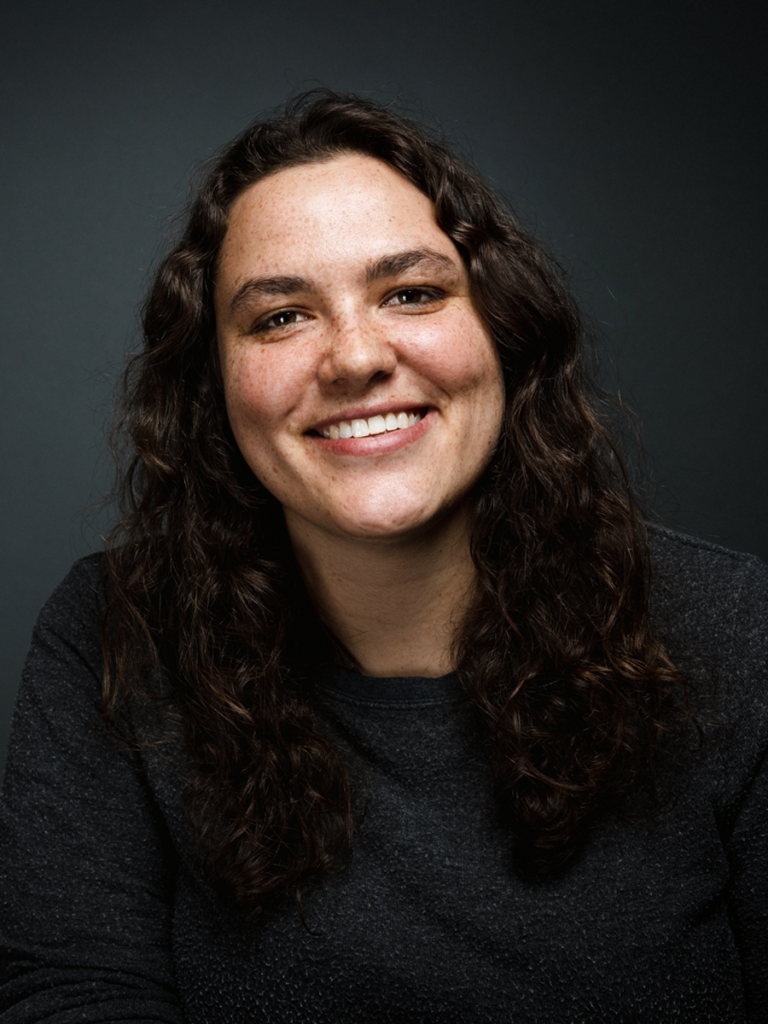 Isabel Bethencourt is a filmmaker and photographer based in New York. Her debut documentary feature CUSP, co-directed with Parker Hill, premiered in the US Documentary Competition at the 2021 Sundance Film Festival and won the Special Jury Award for Emerging Filmmaker. Her work as a director and cinematographer has been published by the Wall Street Journal, ESPN, GQ, and Teen Vogue.
3 pm – 4:10 pm

In conversation with Grace Remington (UnionDocs), Director Jessica Beshir describes her visual approach filming in black and white for Faya Dayi that takes a dreamlike approach to documenting a rural town in Ethiopia, winning festival awards at Hot Docs and Visions du Réel. 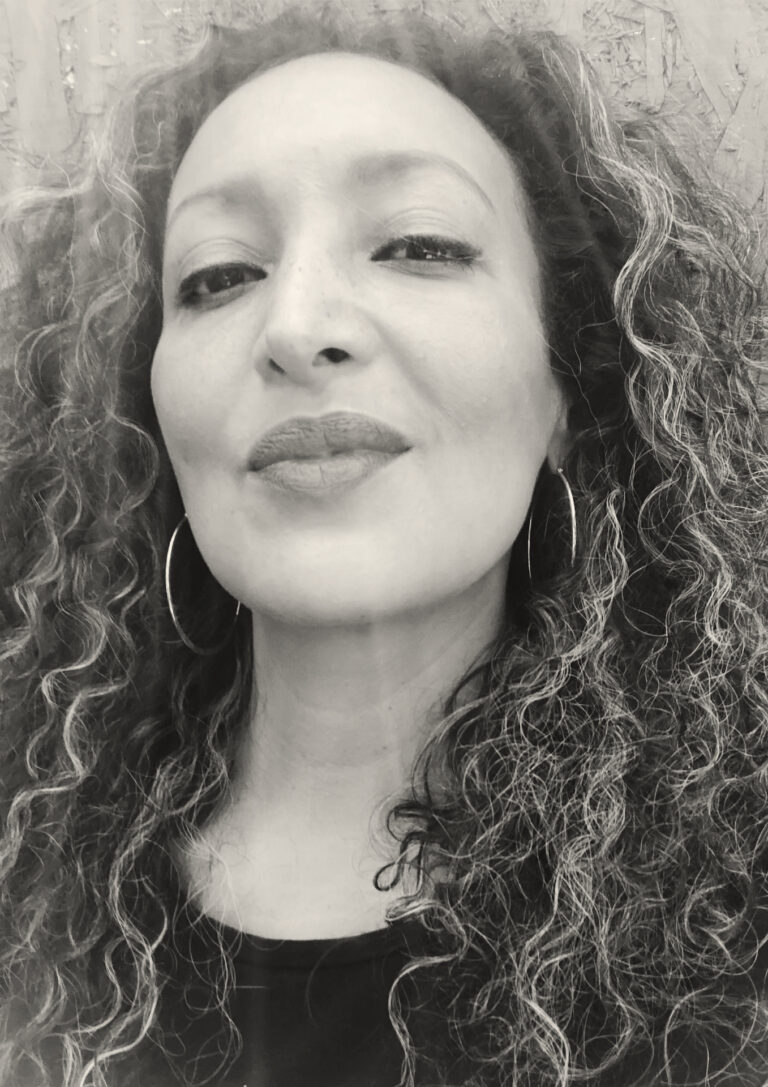 Jessica Beshir is a Mexican-Ethiopian writer, director, producer and cinematographer based in Brooklyn. Her feature debut, Faya Dayi, premiered at the 2021 Sundance Film Festival and won the Grand Jury Prize & Fipresci Award at Visions du Reel ,the Audience Award at Hot Docs, the Grand Jury Award and the emerging artist award at the Full Frame Film Festival among others. Her short films, Hairat/Criterion, He Who Dances on Wood/PBS and Heroin/Topic have played in festivals and museums around the world including at IFFR, IDFA and the Eye Film Museum. Beshir has been honored with grant support from the Sundance Film Institute, the Doha Film Institute, NYSCA and the Jerome Foundation. 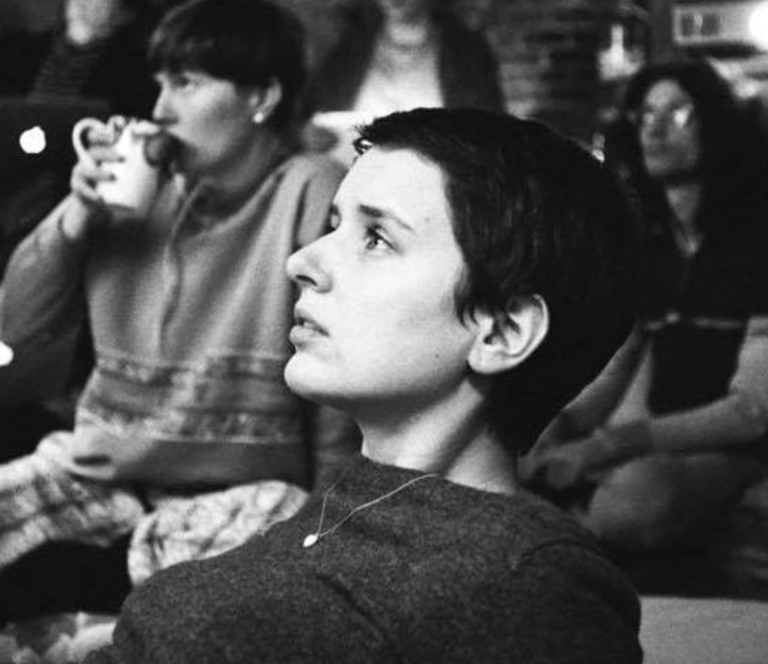 Grace Remington is a producer and director who has worked in documentary film and television in the United States, Mexico, and Peru. Her work has screened at the Sundance Film Festival, Tribeca Film Festival, HotDocs, BAMcinemaFEST, and Camden International Film Festival, among others, and has broadcast on Netflix, National Geographic, the Discovery Channel, Quibi, and POV. She currently works as a producer of workshops and labs at UnionDocs.
1:30 pm to 2:40 pm 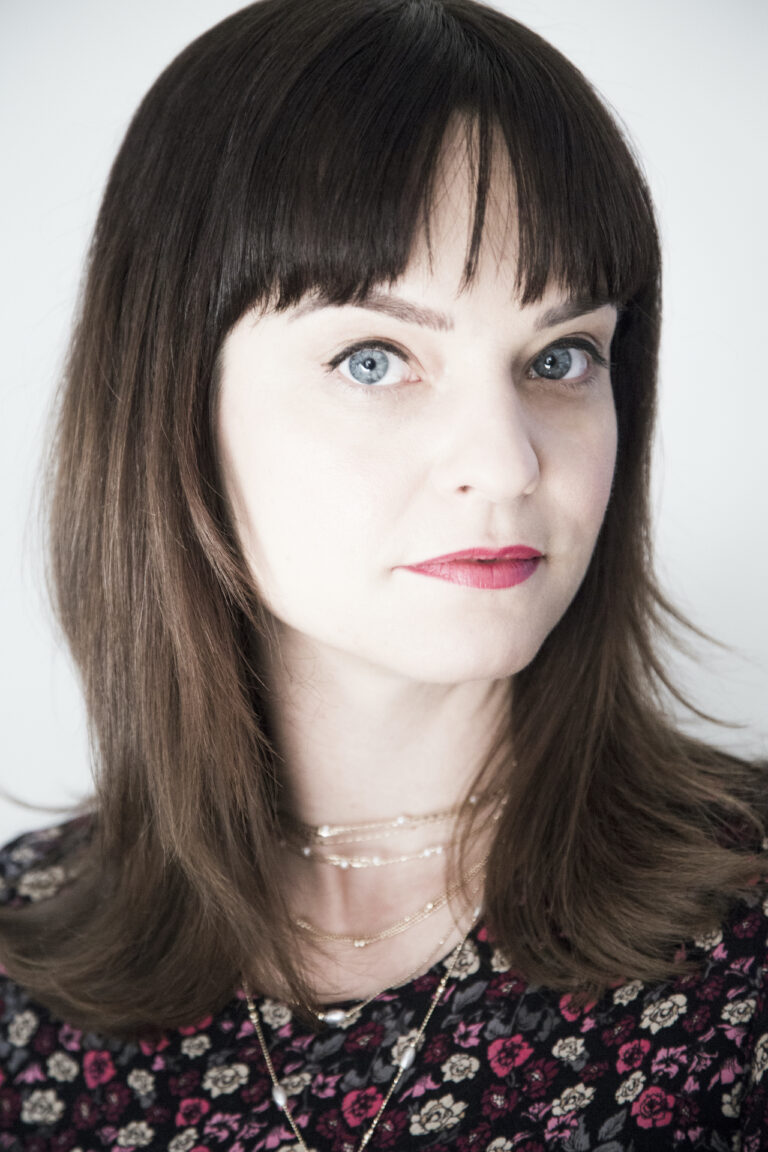 Penny Lane has been making award-winning, innovative nonfiction films for over a decade. Her body of work includes five features ¬– most recently Listening to Kenny G which premiered at the 2021 Toronto International Film Festival – and over a dozen short films. A 2020 Guggenheim Fellow, Lane has also received grants and awards from the Sundance Film Festival, Cinereach, Creative Capital, Chicken & Egg Pictures, Ann Arbor Film Festival, Tribeca Film Institute, Wexner Center for the Arts and many others. Penny has been honored with retrospectives at the Museum of the Moving Image, San Francisco DocFest, Open City Documentary Festival and Cinema Moderne. In 2017, she was admitted to the Academy of Motion Picture Arts and Sciences. And yes, Penny Lane is her real name. 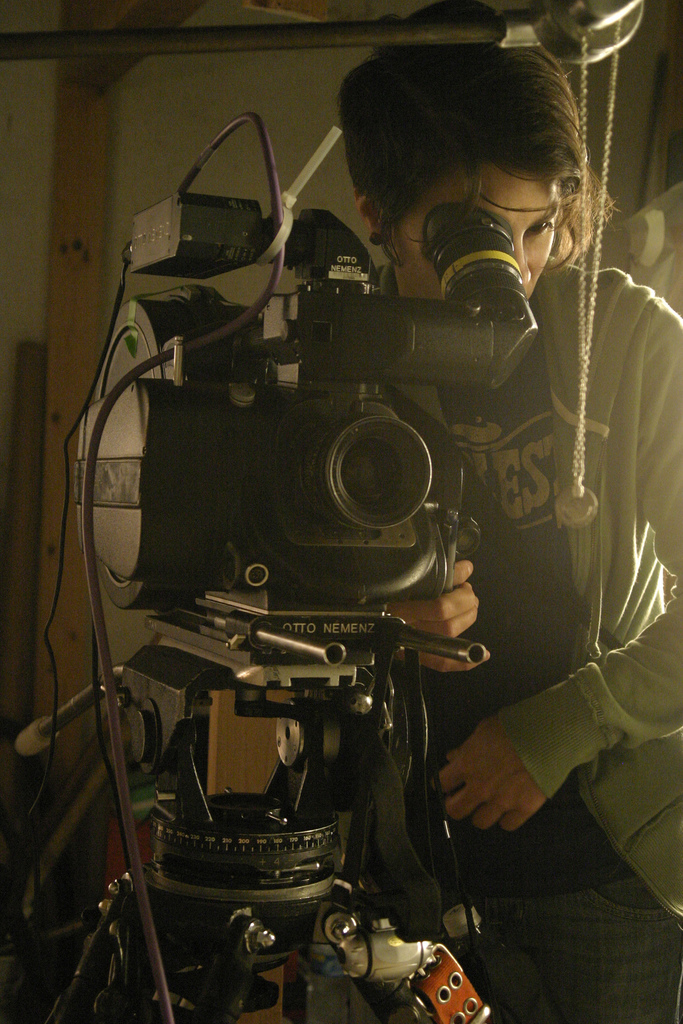 Naiti Gámez has worked as a cinematographer and director on award-winning films and TV series. Her film, “Love, Sadie” premiered at the Festival de Cannes Short Film Corner. Film credits have screened at festivals worldwide including Festival de Cannes, Sundance Film Festival, Berlinale, Camerimage, Tribeca Film Festival, SXSW, TIFF, Festival du Cinema de Paris, among many others. TV credits include HBO, Showtime, PBS, ESPN, MTV, Discovery Channel, Nova, and more. Recent feature-length documentary credits include “Ailey”, about Alvin Ailey’s life and legacy; “Through the Night”, a portrait of 3 women’s lives as they intersect at a 24-hr day care center; and “Hail Satan?”, a provocative exploration of religious freedom in the United States. Naiti holds a B.A. in Latin American Studies from Smith College, and an M.F.A. in Film Production (Cinematography concentration) from the University of Texas at Austin. 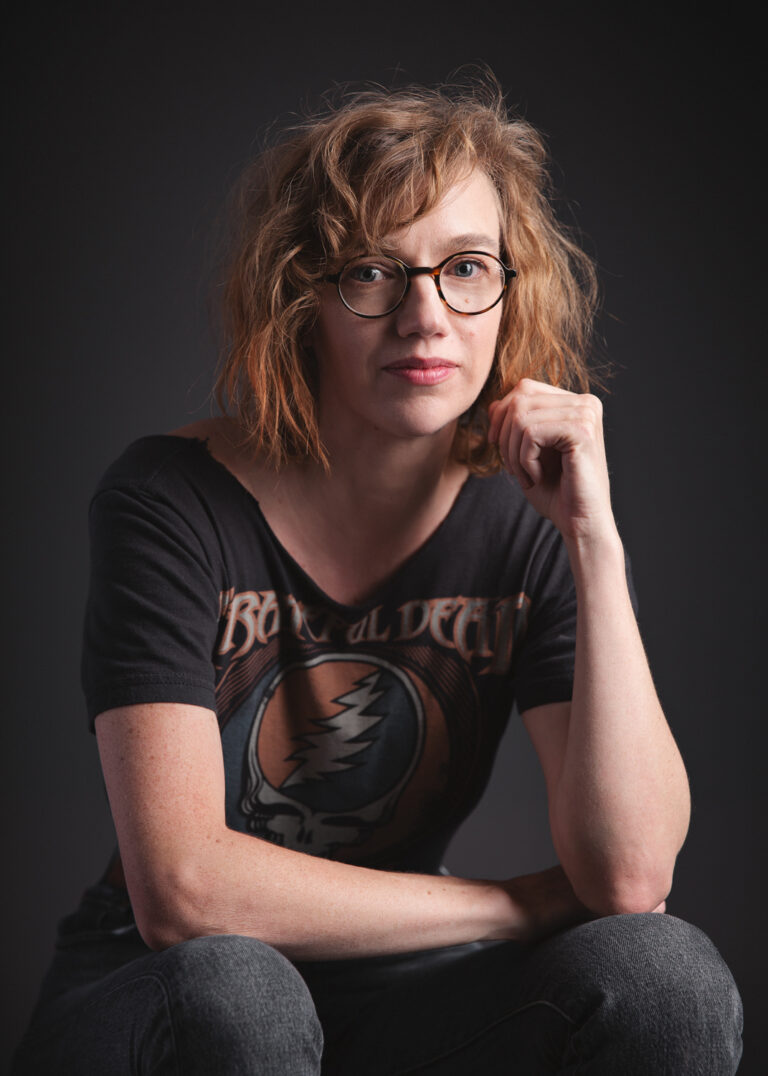 Emelie Mahdavian is an Emmy, Peabody, and Sundance Award-winning filmmaker who was selected for DOCNYC’s 2020 “40 Under 40” list. Her nonfiction feature BITTERBRUSH premiered at Telluride Film Festival in 2021. She produced, wrote, and edited MIDNIGHT TRAVELER, which won numerous international prizes and was nominated for a Gotham Award for Best Documentary. She is currently developing two nonfiction feature films and writing a fiction script. Emelie has a Ph.D. and is Assistant Professor in Film and Media Arts at the University of Utah. 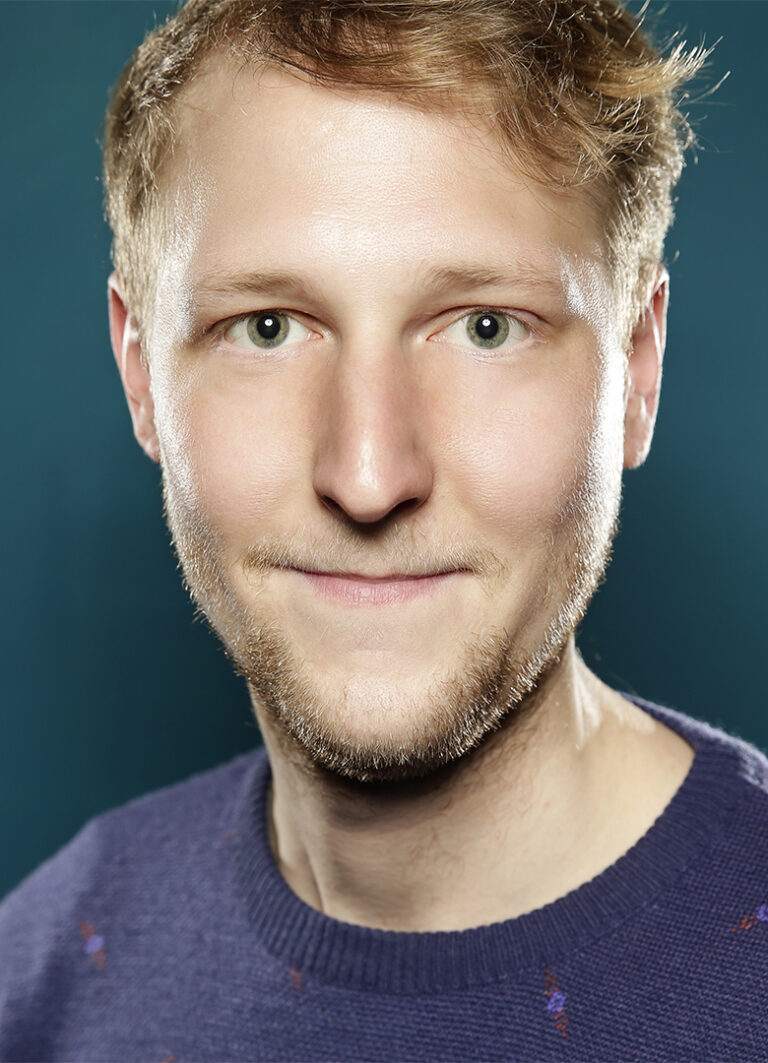 Grace Remington is a producer and director who has worked in documentary film and television in the United States, Mexico, and Peru. Her work has screened at the Sundance Film Festival, Tribeca Film Festival, HotDocs, BAMcinemaFEST, and Camden International Film Festival, among others, and has broadcast on Netflix, National Geographic, the Discovery Channel, Quibi, and POV. She currently works as a producer of workshops and labs at UnionDocs.