A new, free online screening series that spotlighted the most talked-about nonfiction series and films of the year, featuring exclusive conversations with the creative teams behind them.

DOC NYC’s inaugural Spring Showcase offered documentary lovers a new online screening series. From May 24th – June 20th, 2021 viewers had free access to 14 of this year’s most talked-about nonfiction films and series, paired with exclusive conversations featuring the creative teams behind them.

The lineup spanned a wide variety of nonfiction formats and subjects, from hosted series to biographies, vérité films, and multi-part cultural explorations, covering everything from culinary history to city politics, pop music, and the inner workings of intimate relationships.

Click the links below for more info or to watch the Q&As.

Louis Theroux: Life on the Edge – Q&A with writer and presenter Louis Theroux
Screened May 24 – 25

All prerecorded conversations and select shows will have closed captioning. To inquire about accessibility for any DOC NYC events, please email accessibility@docnyc.net. 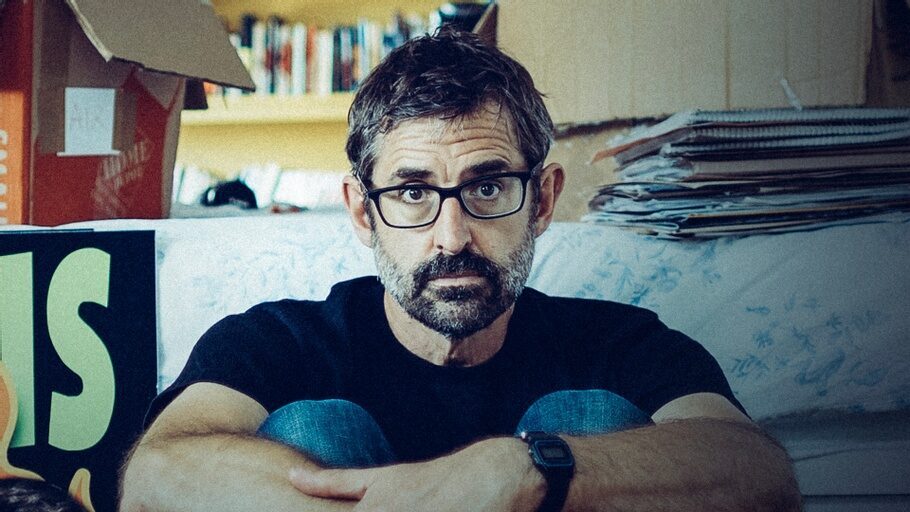 Louis Theroux: Life on the Edge

Louis Theroux: Life on the Edge features Louis looking back at his most notable American contributors. Catch all episodes on BBC SELECT from May 24. 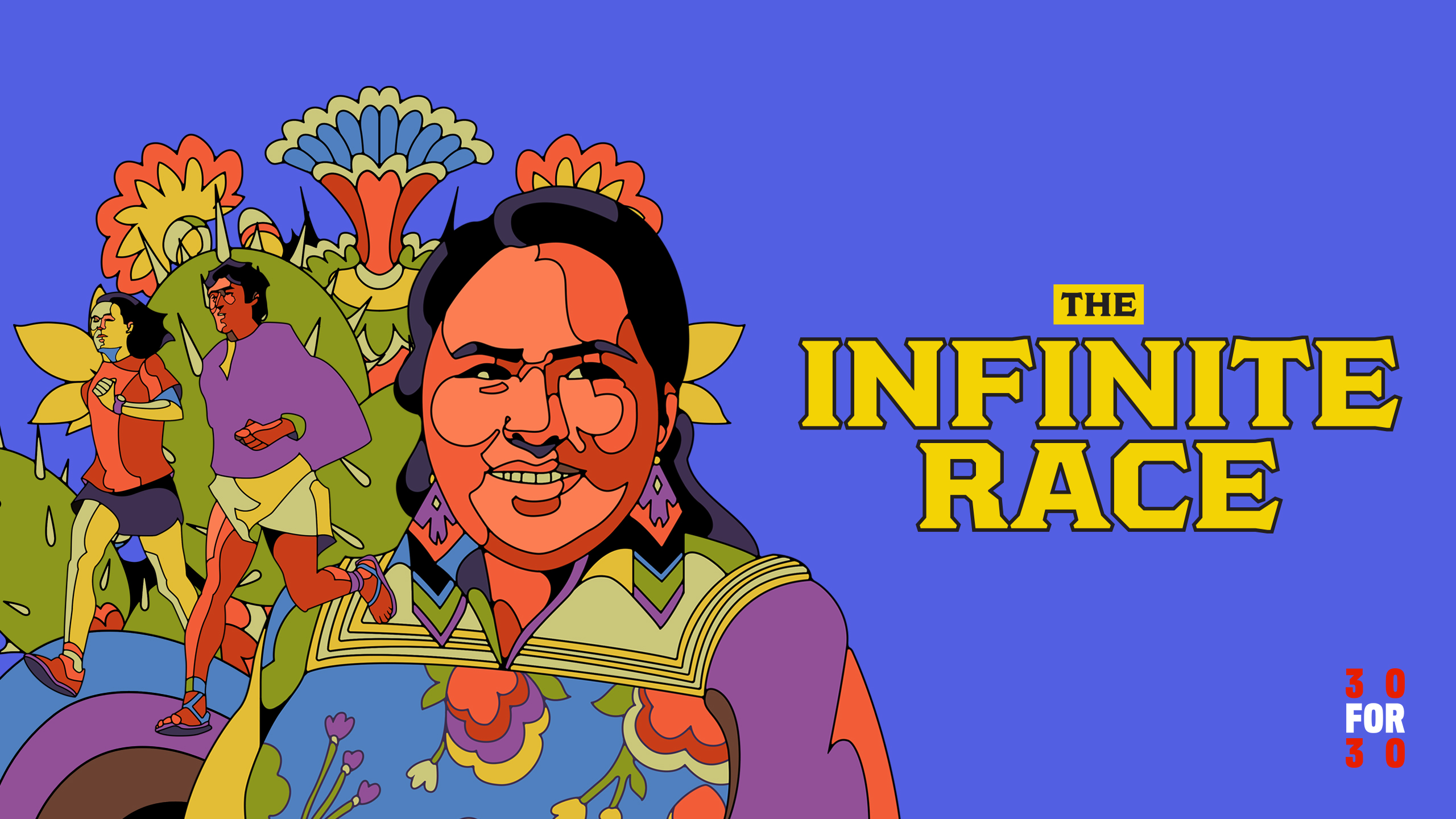 The Tarahumara people inspired a barefoot, ultrarunning craze all across the world. But back in Mexico, they’ve been forgotten as their homes and communities were ravaged by drug cartels and violence. 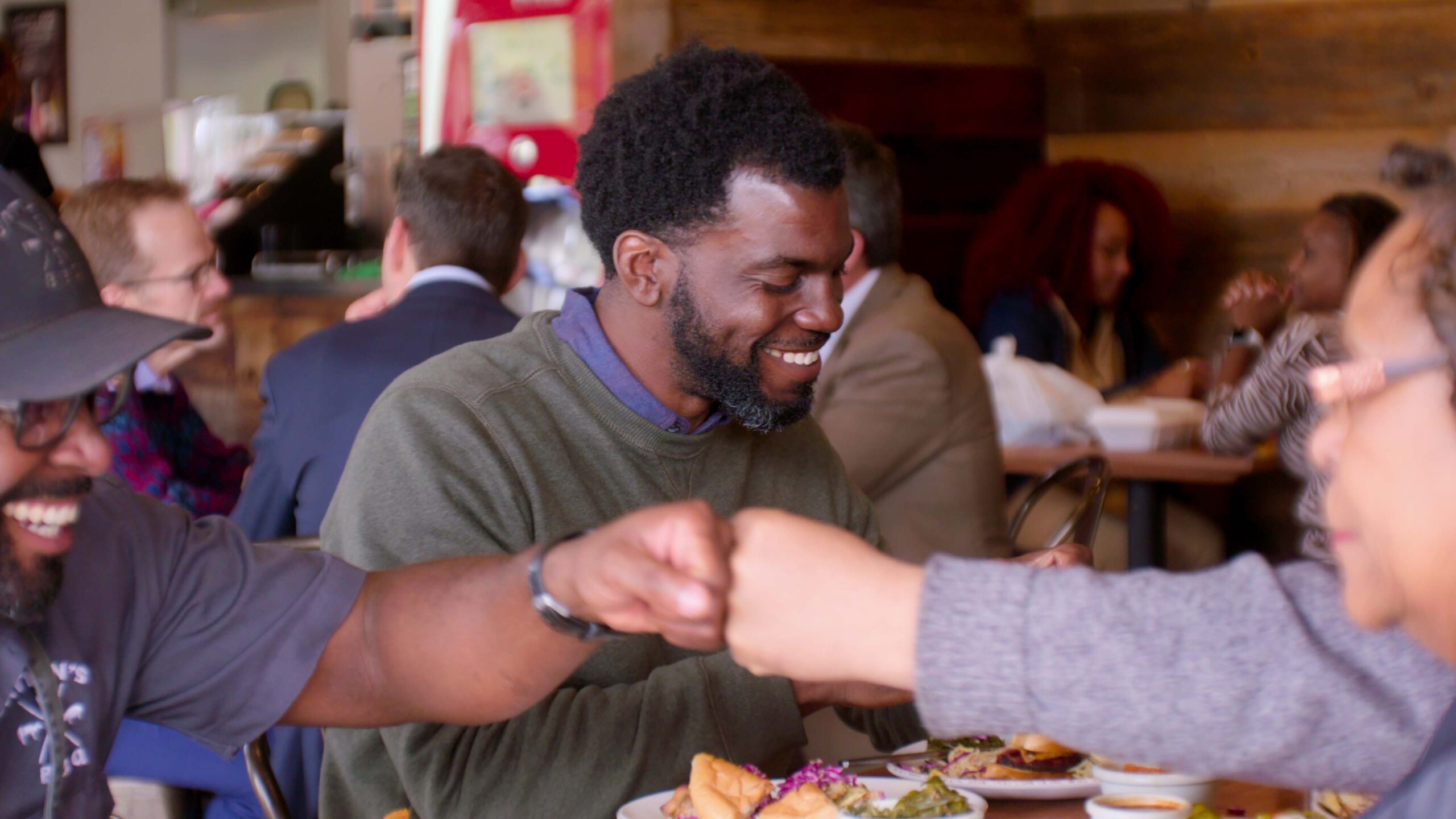 High on the Hog: How African American Cuisine Transformed America

Food writer Stephen Satterfield embarks on a vibrant and powerful culinary journey that celebrates the courage, artistry, and resourcefulness of the African American people. 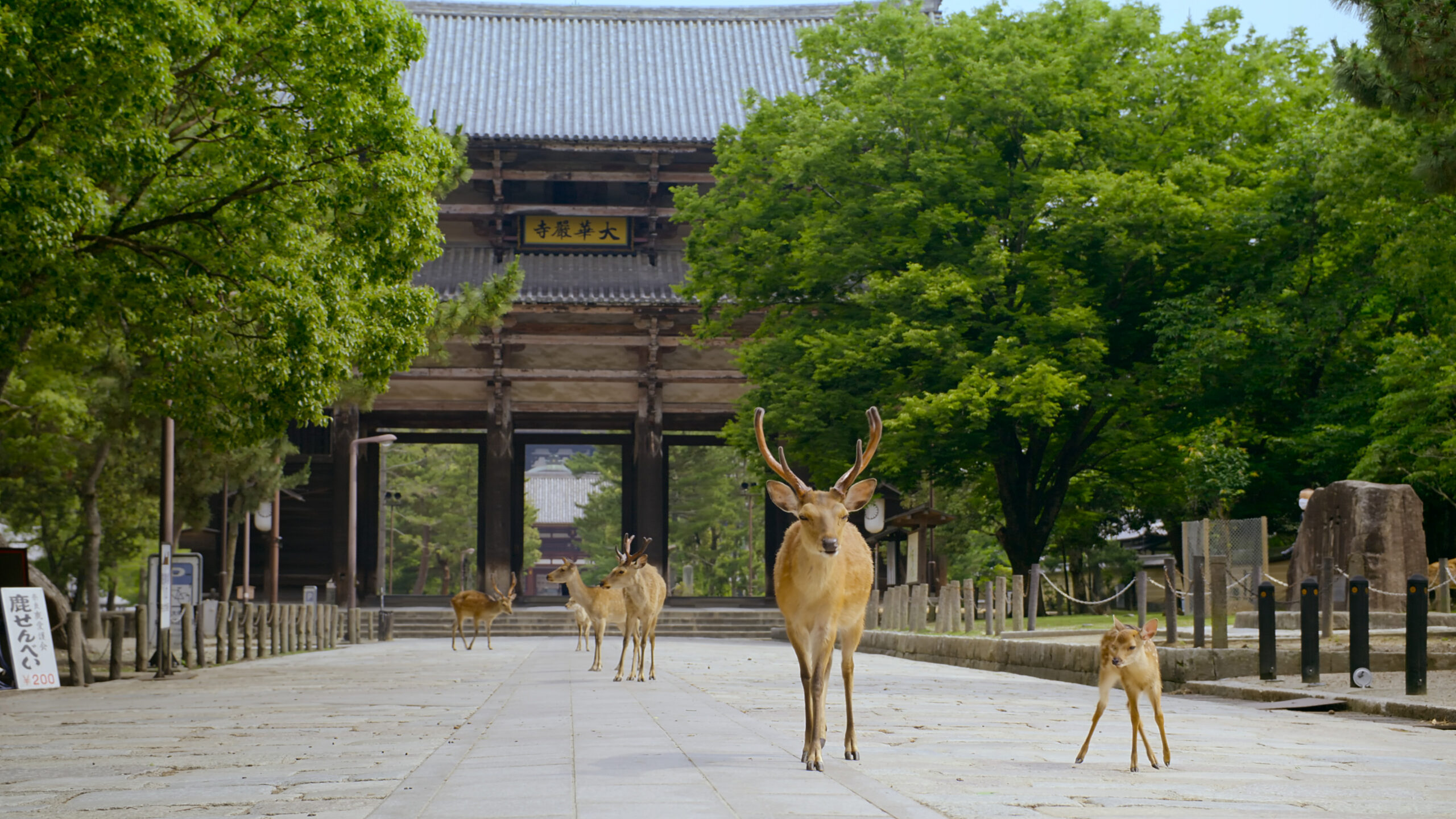 Filmed in Wuhan, China by an independent crew, 76 Days covers the length of the city’s lockdown for COVID-19. The film’s suspenseful pacing and otherworldly imagery make it feel like a science-fiction thriller. The heroes are the front-line hospital workers who still manage to find humanity and humor even while fully encased behind PPE. Debuting at the Toronto International Film Festival, 76 Days was widely praised as “utterly compelling” (The Atlantic), “invaluable” (Rolling Stone), and “one of the best” at TIFF (The New York Times).   (Courtesy of MTV Documentary Films)

Catch this film at our Spring Showcase. 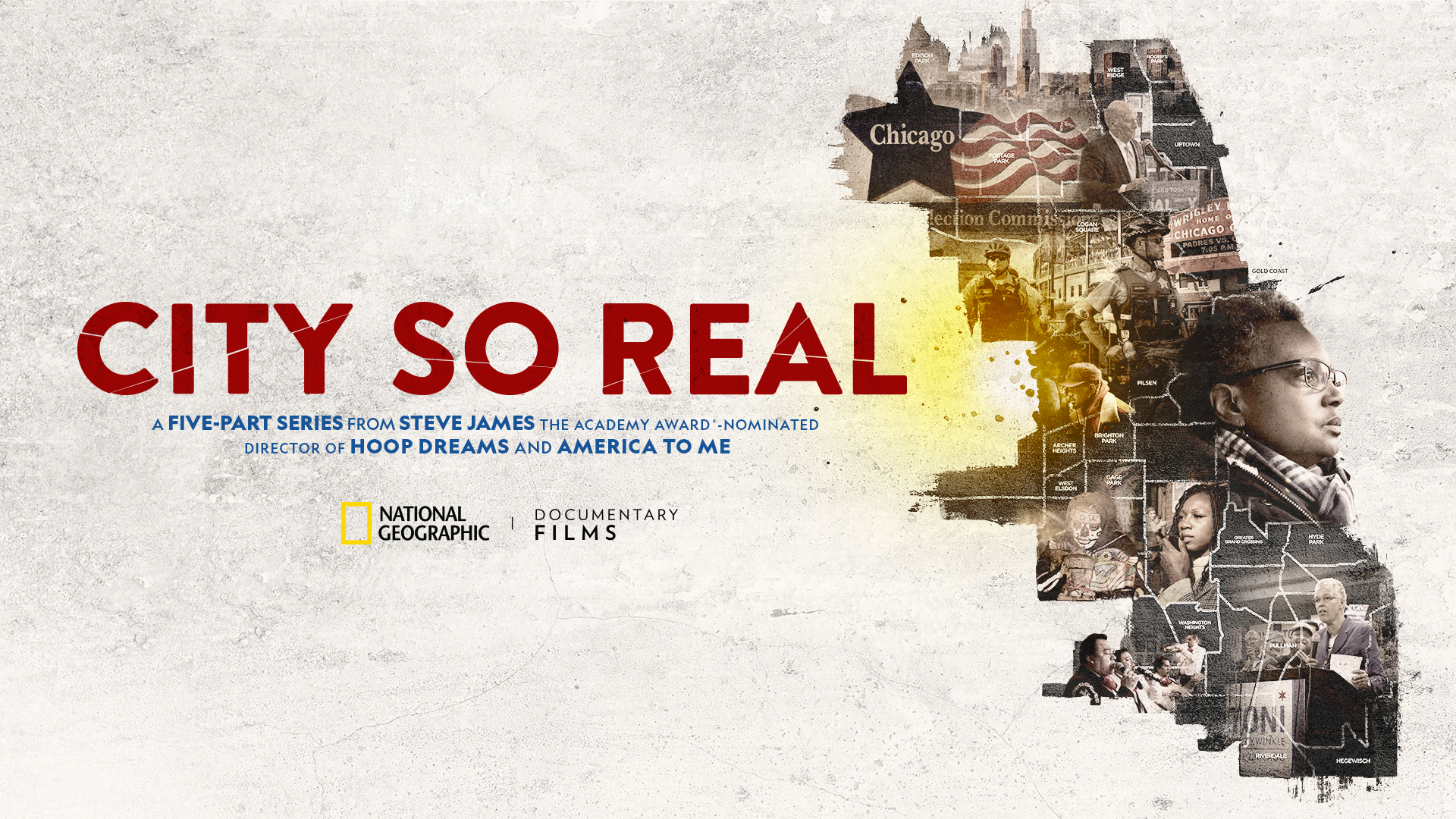 Steve James’ fascinating portrait of Chicago, set against the backdrop of its historic 2019 mayoral election, and the tumultuous 2020 summer of COVID-19 and social upheaval. 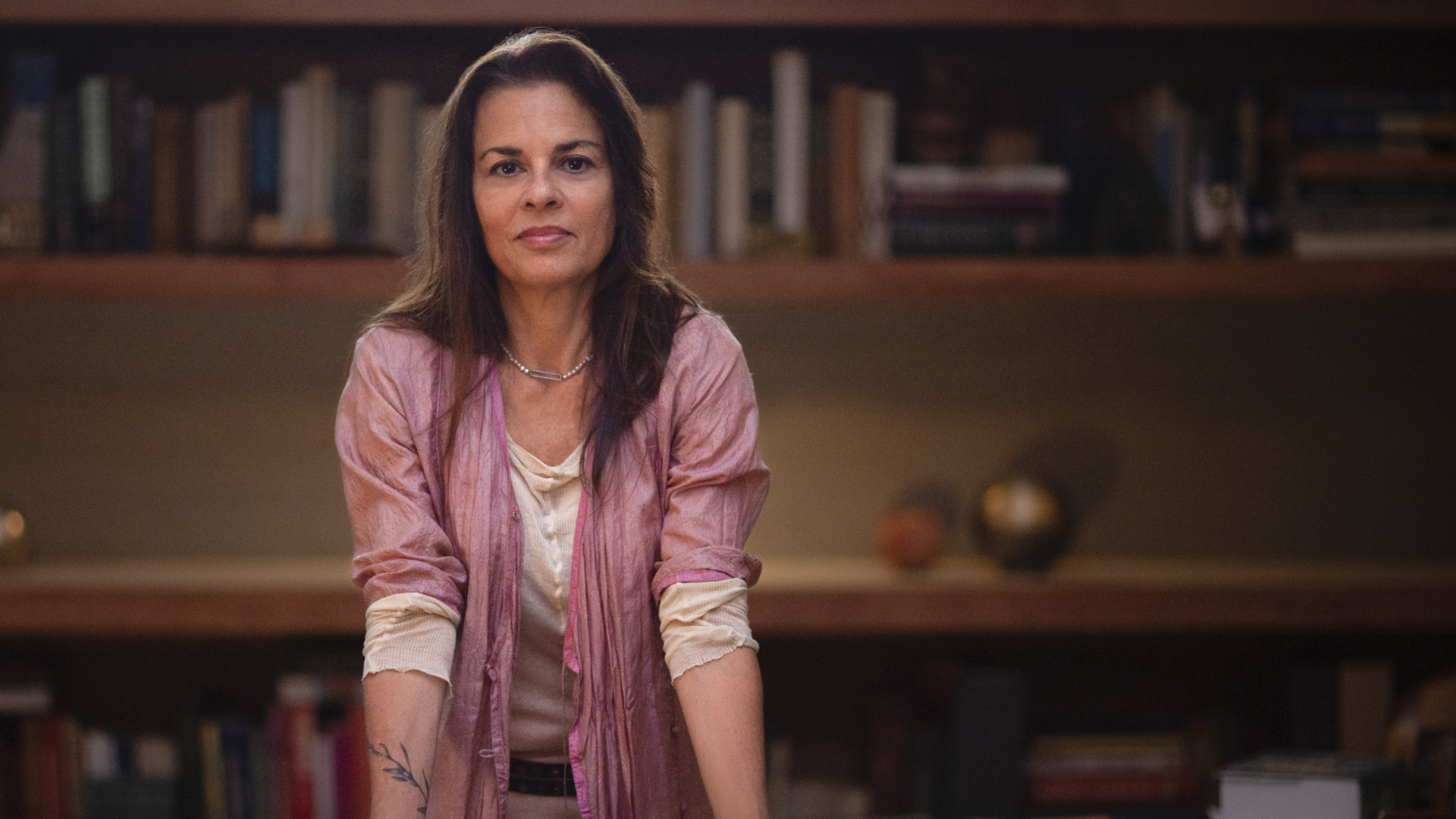 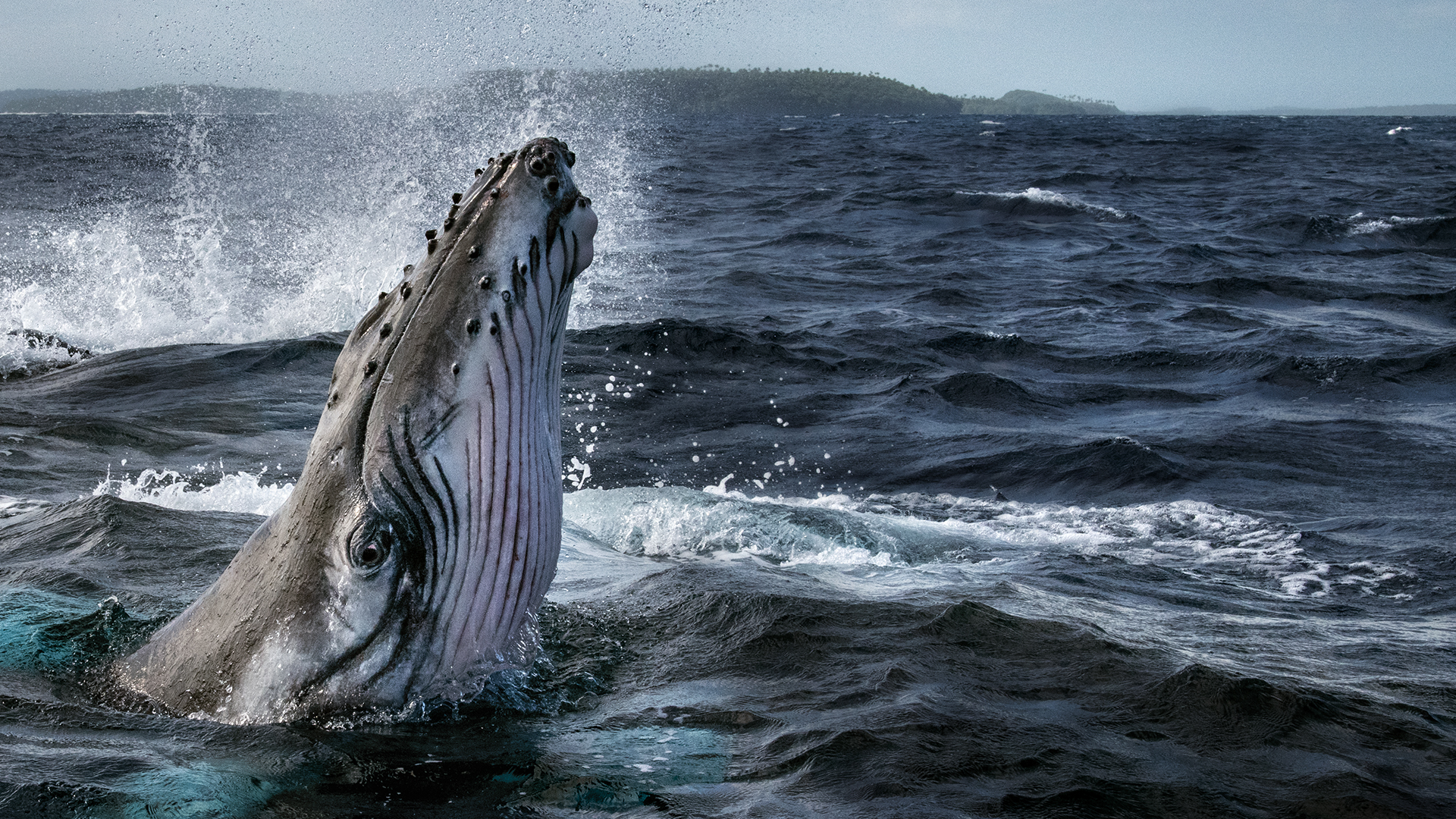 Secrets of the Whales

Secrets of the Whales is an epic journey within the world’s oceans and seas, offering cinematic storytelling and breathtaking images of the planet’s whales. 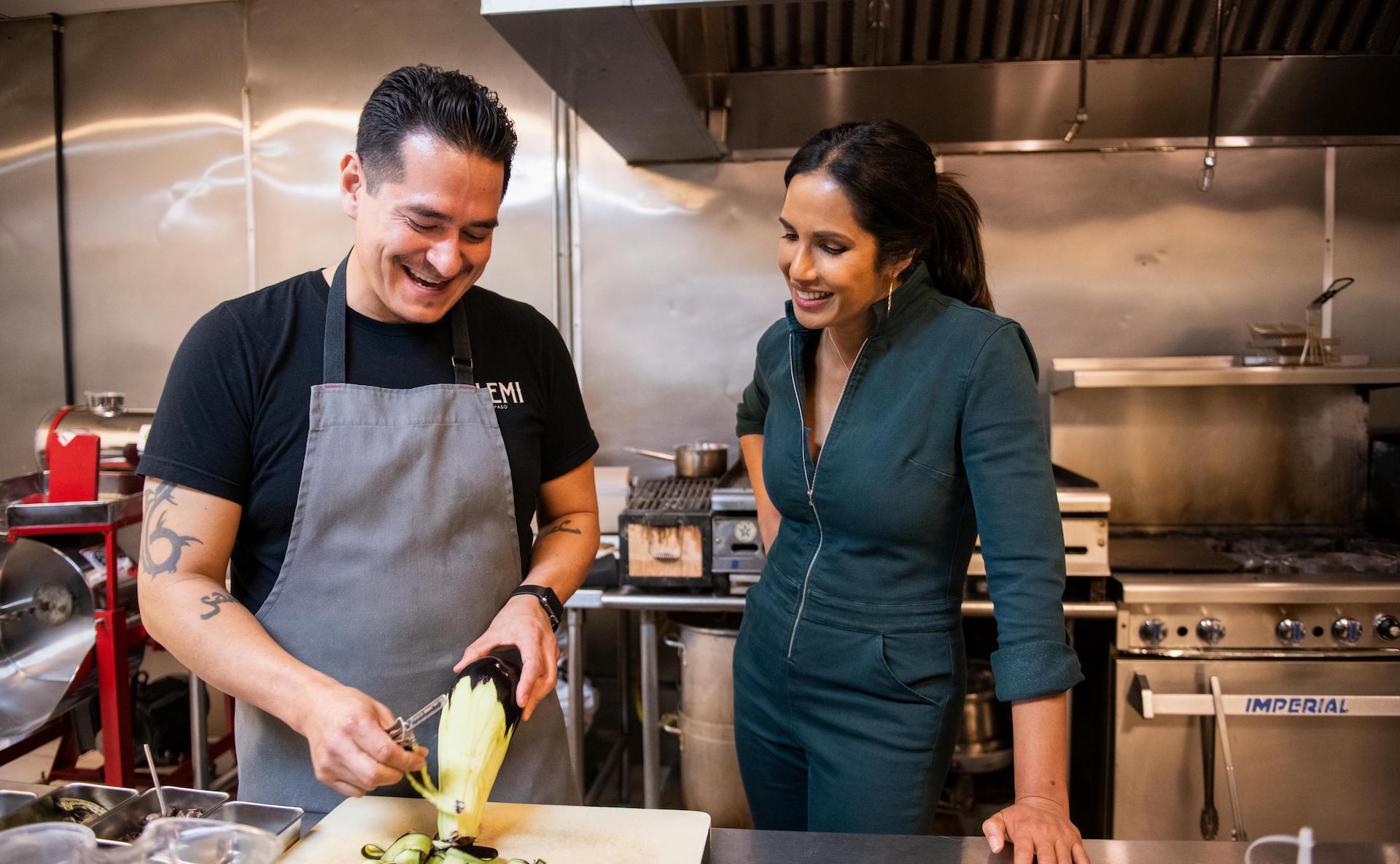 TASTE THE NATION WITH PADMA LAKSHMI

A journey across America, exploring the rich, diverse food culture of various immigrant groups, seeking out people who have shaped what American food is today. 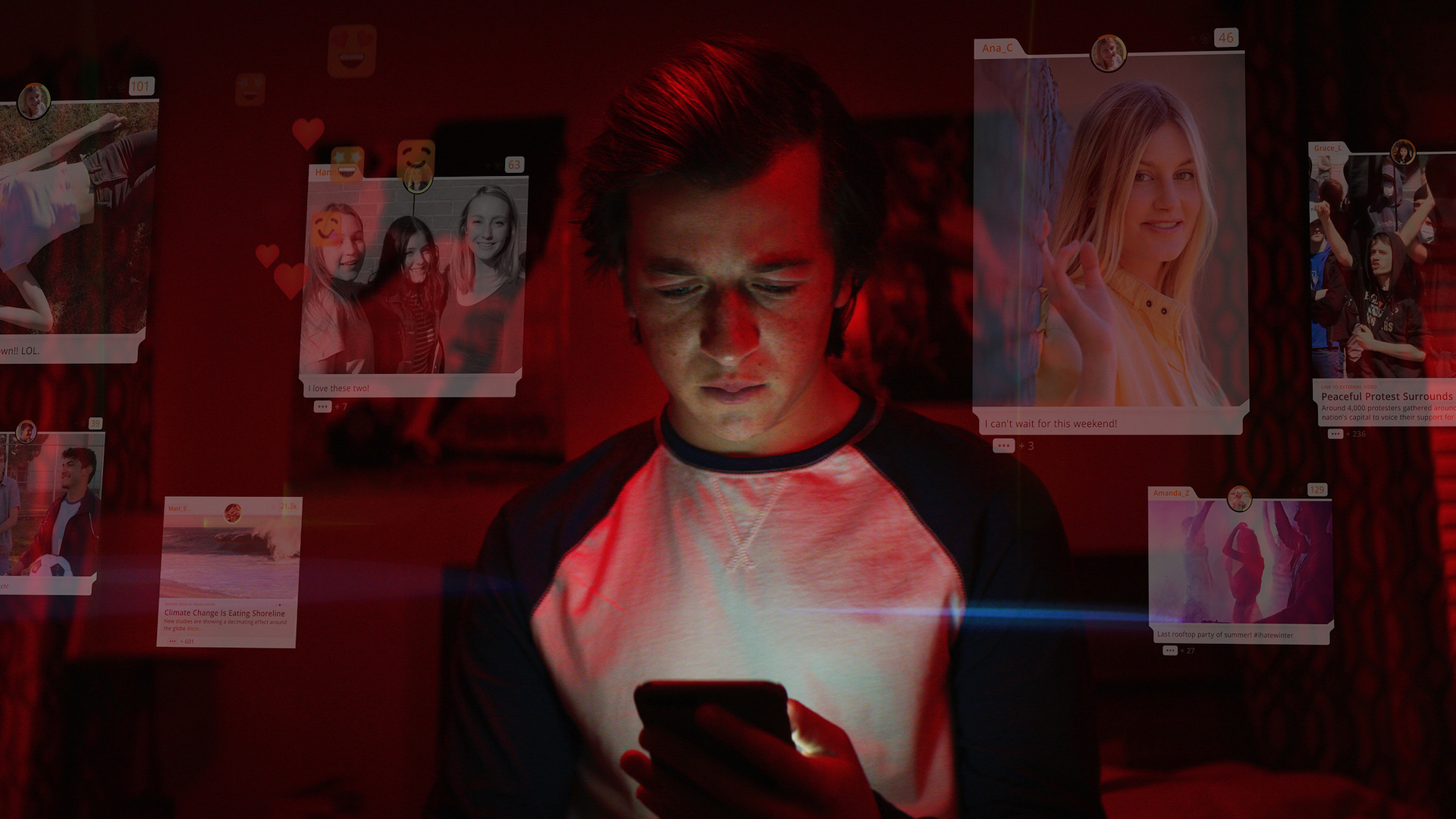 In The Social Dilemma, key tech insiders reveal how social media is reprogramming civilization by exposing what’s hiding on the other side of your screen 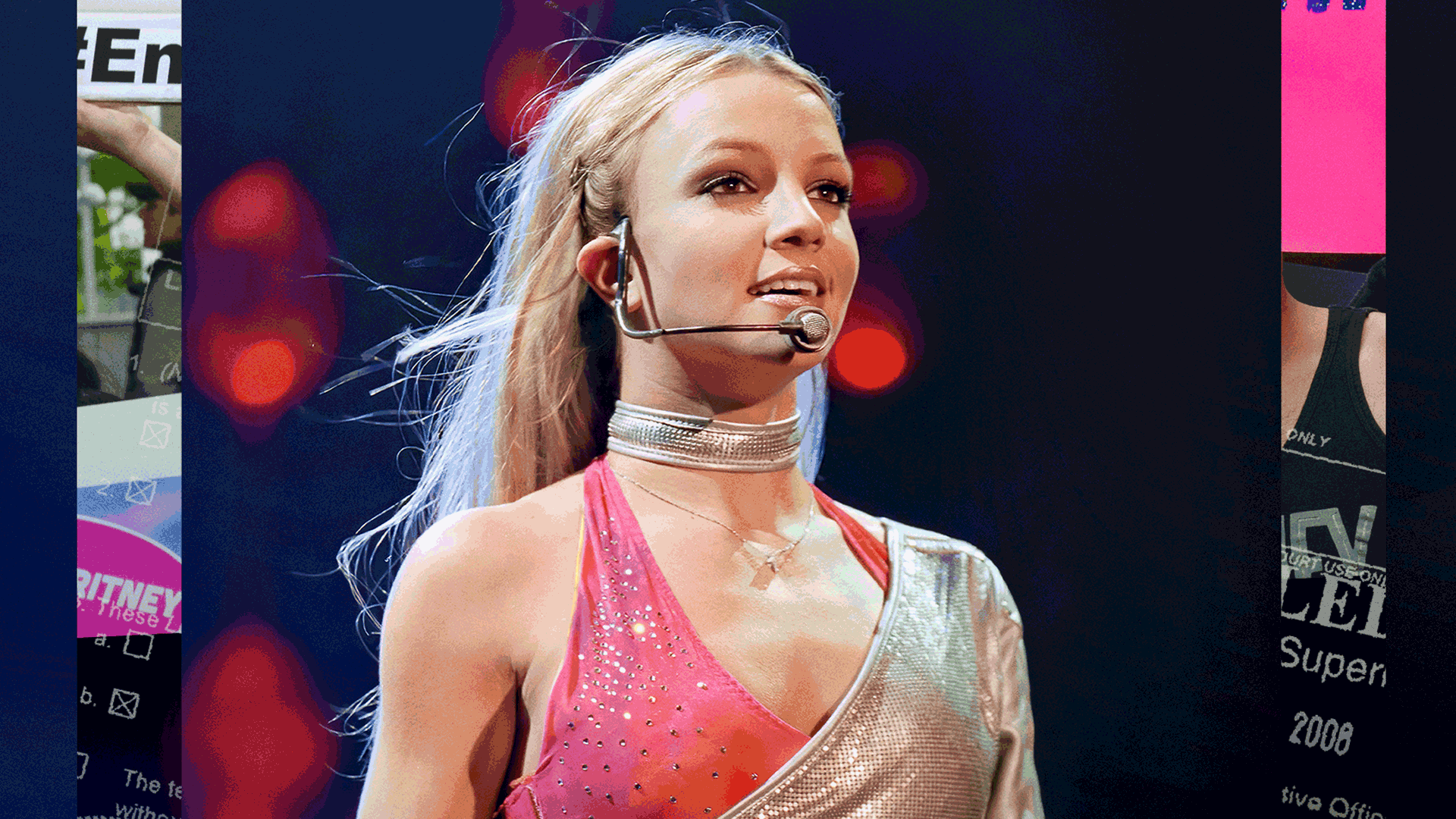 Her rise was a global phenomenon. Her downfall was a cruel national sport. Britney Spears and lawyers tied to her conservatorship battle over who should control her life. 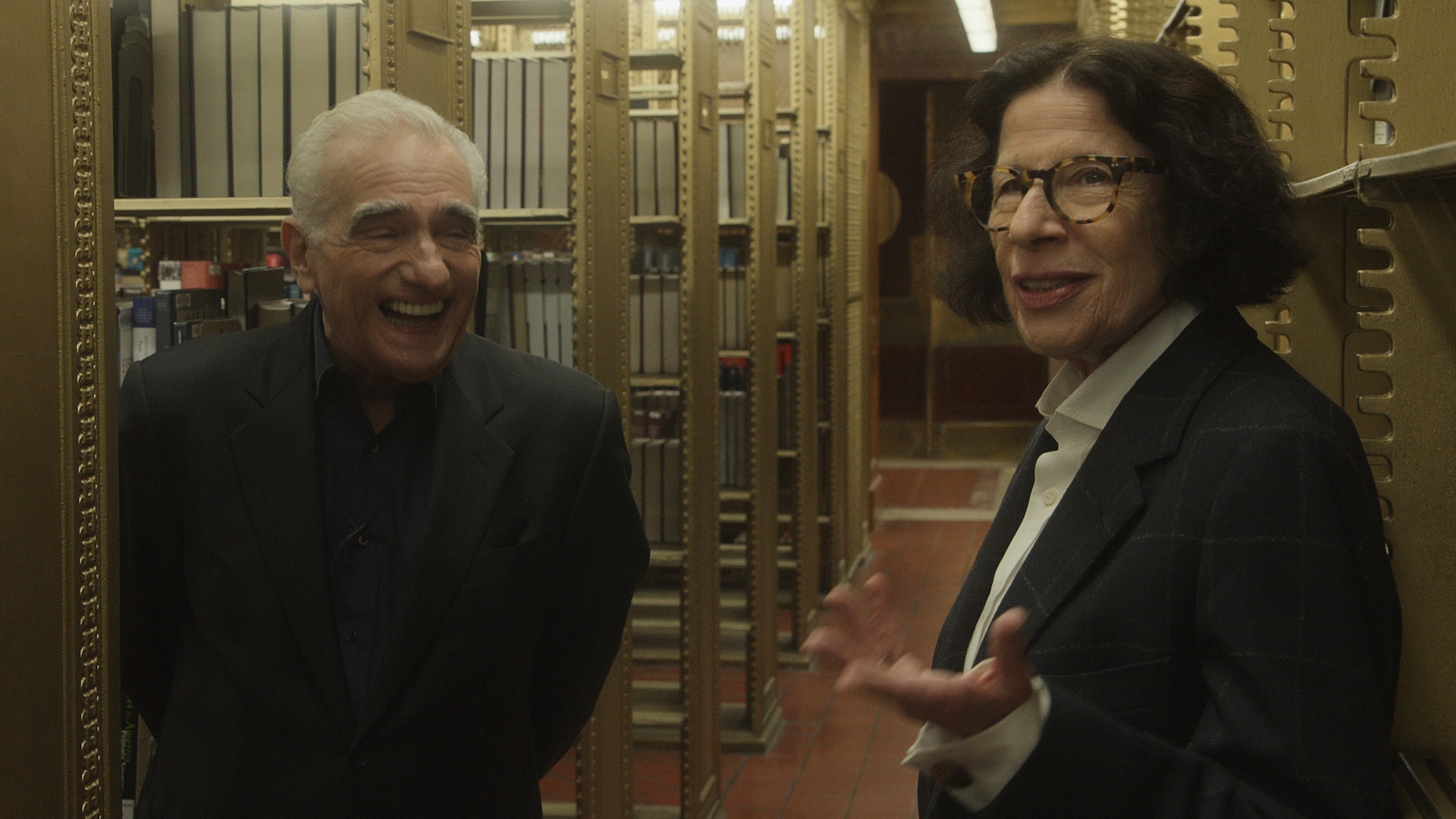 PRETEND IT'S A CITY

Directed by Lebowitz’s longtime friend Martin Scorsese, Pretend it’s a City is a dose of NYC attitude that sparks pangs of delight, fury and recognition 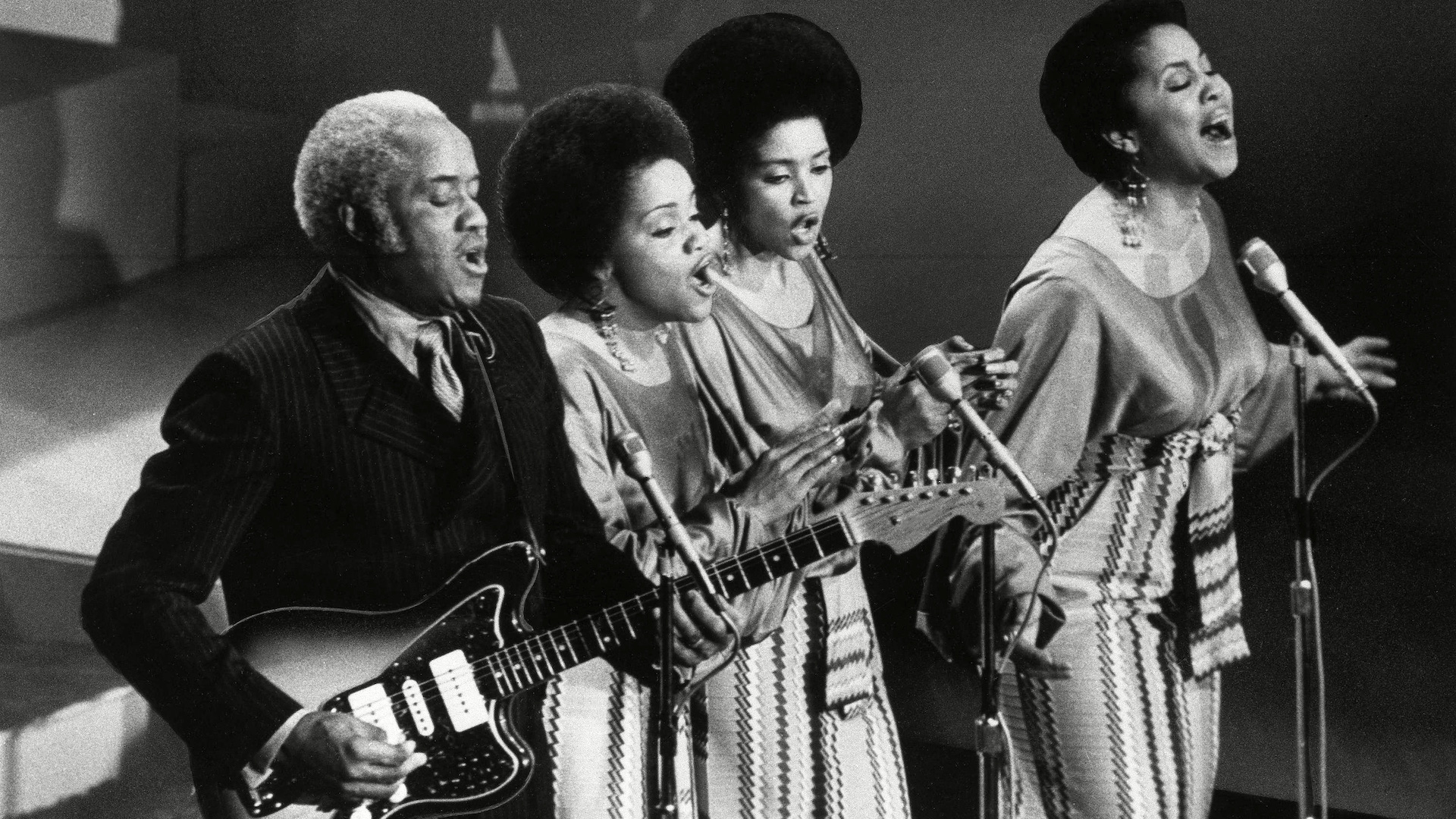 1971: The Year That Music Changed Everything

A tumultuous era sparked a year of unprecedented musical innovation. 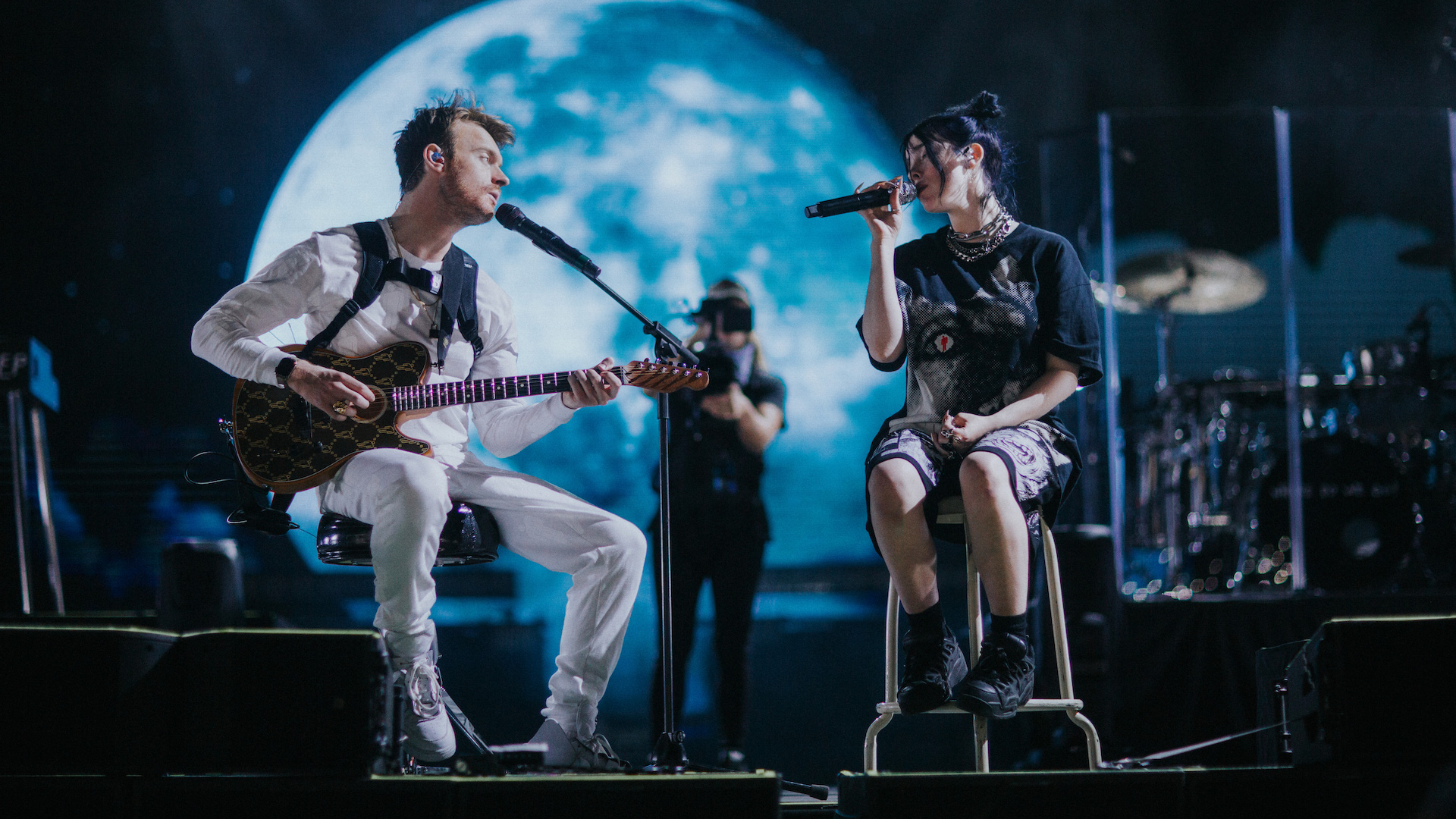 Follow this extraordinary teen as she tours and records the album that changes her life.