Case studies from prominent editors will elucidate the craft and help build your editor’s toolkit. A special panel launches the Alliance of Documentary Editors’ new guidelines and their BIPOC editor’s initiative.

Editing Day is co-presented by:

The day starts with Breakfast (9-10 AM) and ends with a Happy Hour (4:15-5:15 PM) co-hosted by community partner The Karen Scheemer Film Editing Fellowship.

The documentary edit room faces many issues: stressful working conditions, unrealistic edit schedules, lack of equity and access, and a need for mentoring, amongst many others. This panel will examine these challenges and highlight the mission of the community-led Alliance of Documentary Editors to tackle them. We welcome representatives of the ADE, Carla Gutierrez (Julia, RBG), Bo Mehrad (The Boiling Point) and Andrès Arias (The Trade, Season 2), and independent producer Alisa Payne (Between the World and Me) to share this important work. This panel will be moderated by filmmaker Geeta Gandbhir (Through Our Eyes). 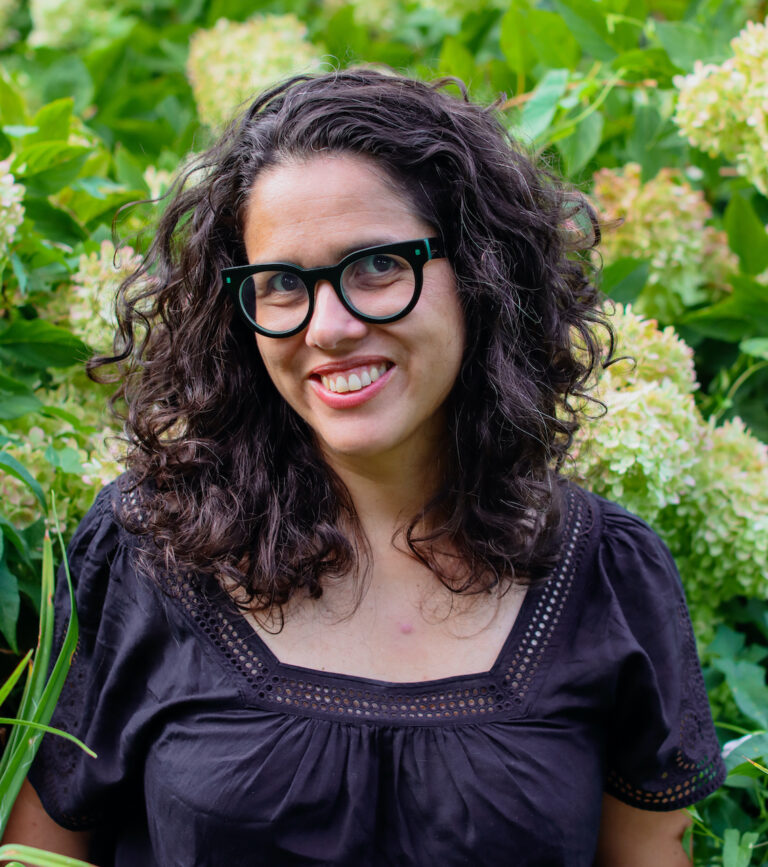 Carla Gutiérrez ACE is an Emmy and Eddie nominated documentary editor. She edited the Oscar nominated films RBG and LA CORONA, and recently completed PRAY AWAY (Netflix Original, Tribeca). Her latest film, JULIA, about renowned chef, and television personality Julia Child, premiered at Telluride and was an official selection of the 2021 Toronto Film Festival. JULIA was produced by Imagine Entertainment, CNN Films, and Sony Pictures Classics. Carla’s work has received awards at Sundance, Tribeca, Berlinale, Outfest, the Critic’s Choice Awards, the National Board of Review Awards and the DuPont Columbia Awards. She has been a creative adviser for the Sundance Edit Lab, and a mentor for the Firelight Producers’ Lab, The Karen Schmeer Diversity Program, and the Tribeca Film Fellows program. She is a member of the Academy of Motion Pictures and the American Cinema Editors. Carla received a Masters in Documentary Film from Stanford University. 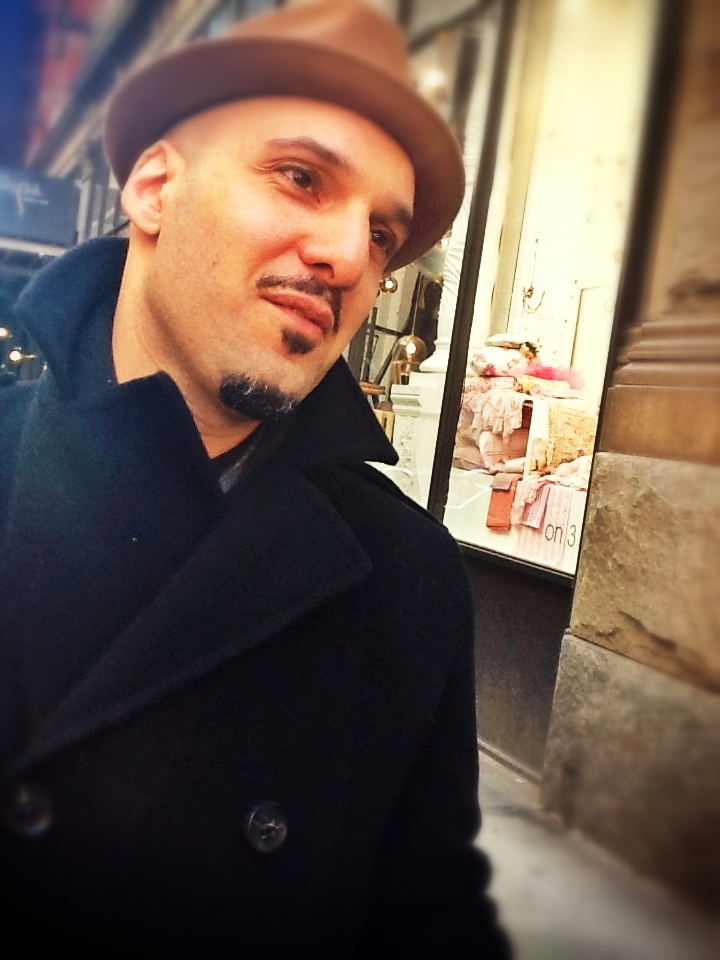 Bo Mehrad’s credits include THE PUNK SINGER, a documentary about musician and feminist icon Kathleen Hanna. The film won numerous awards at festivals around the globe and went on to theatrical distribution in the US and internationally. He also edited SIDEMEN: LONG ROAD TO GLORY a doc about the lives of three of the original blues sidemen. The film premiered at SXSW and was distributed theatrically. Most recently he edited MAKING BLACK AMERICA, a limited series with Henry Louis Gates for PBS. Besides editing docs, Bo has edited narrative films, music videos and short form web, commercial & corporate content. Bo had an extensive background in film production before moving into post. He was born in Iran and educated in the U.K. He holds a B.A. in film from the California State University at San Francisco. 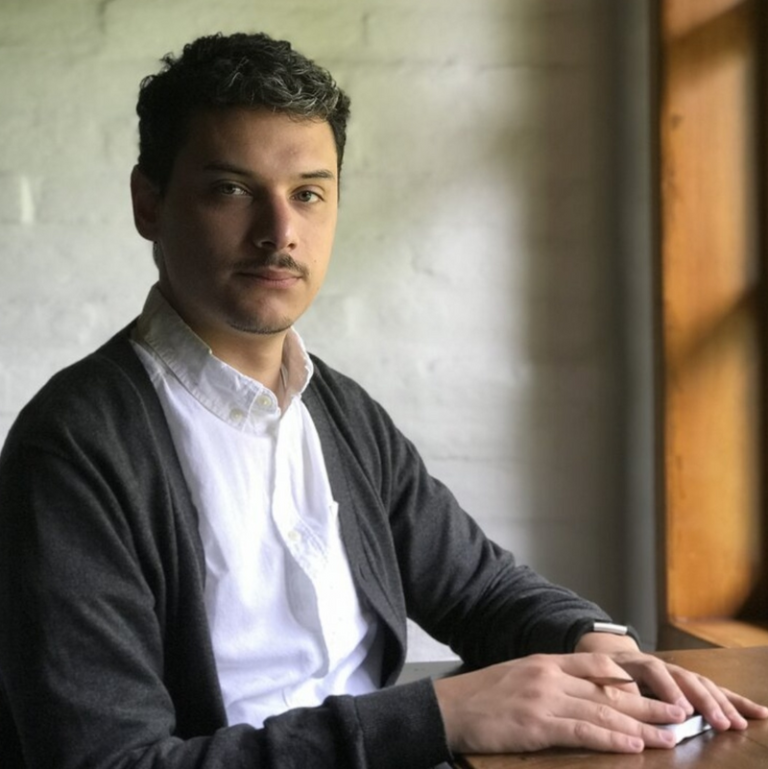 Andrès is an independent filmmaker based in New York City, working as an editor and in post-production of documentary films. He fell for editing the way one is struck by love, by surprise and passionately. He believes in what Godard said about editing “Si mettre en scène est un regard, monter est un battement de coeur.” He has worked in films such as Brimstone & Glory! (2016) ; The Great Hack (2019); The Trade Season 2 on Showtime (2020); and the HBO 5 part series Atlanta’s Missing and Murdered (2020). He also has edited content for PBS, BRIC TV and The New York Times. He is a member of the Steering Committee for Alliance of Documentary Editors (ADE). He was born surrounded by volcanoes in the mountains of Quito, Ecuador and loves to play the Ronroco, a South American Lute. 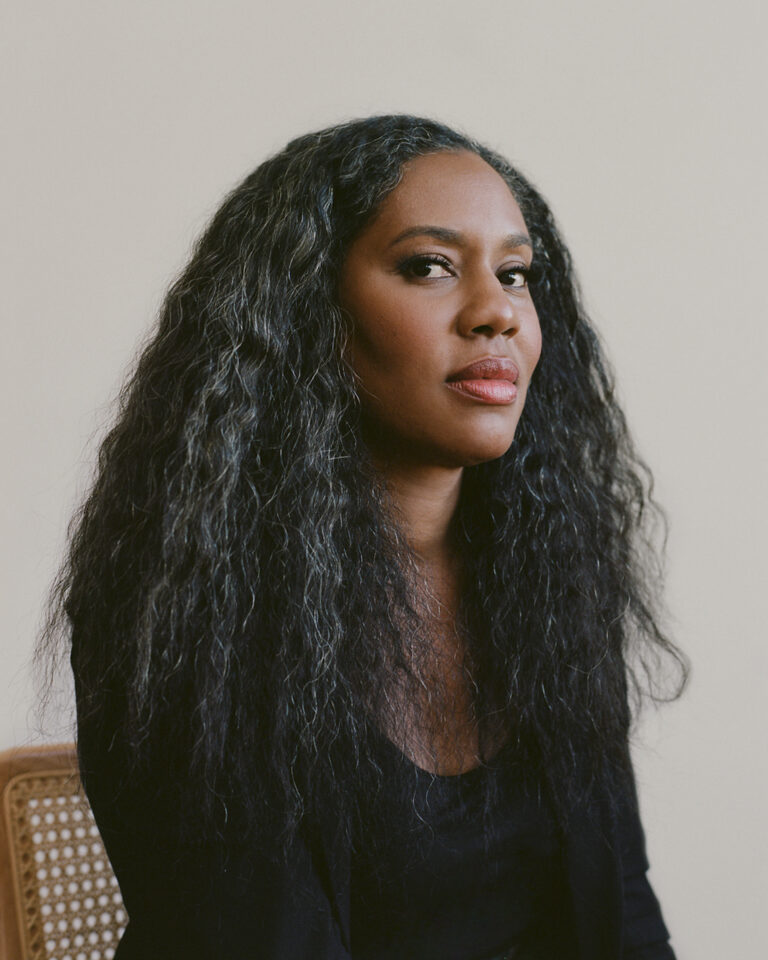 Producer (Between the World and Me)

Producer (Between the World and Me)

Alisa Payne’s producing career spans over 20 years. Her credits include the acclaimed HBO film special Between the World and Me, the reprisal of the successful NY Times Op Doc series The Conversation (PBS), the historic 2016 Democratic National Convention, and a host of short films, television series and specials. Her work has won a Gracie Award and has been nominated for several awards including an Emmy Critic’s Choice Award, NAACP Image Award and Cable Positive Award. She is currently the Producer for the feature film version of Stamped from the Beginning (Netflix – in production), based on Dr. Ibram X. Kendi’s book of the same name, the doc short Women Count and is the Consulting Producer for the 1619 docuseries (Disney/ Hulu – in production).
11:30 am – 12:40 pm

Stunning musical numbers from the greatest performers of all time. A free multi-day concert in Harlem. Lost archival footage. An exploration of  Black culture and politics at a crucial moment in time. In conversation with Jevon Heyliger, Senior Editor at Discovery, Josh L. Pearson gives us a front row seat to his editing feat in Summer of Soul, the chronicle of the 1969 Harlem Cultural Festival showcasing stars of R&B, jazz, blues and soul. 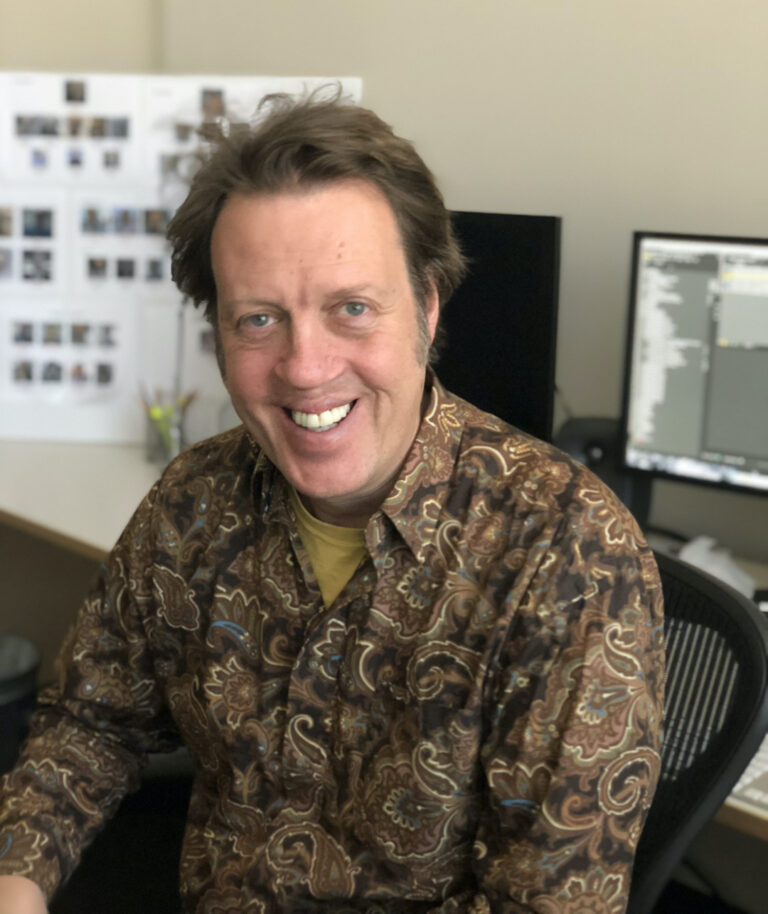 Joshua L. Pearson is an editor based in New York. After graduating with a BFA in Painting from Rhode Island School of Design in 1986, Pearson and friends formed the video art group Emergency Broadcast Network (EBN). EBN toured with the first Lollapalooza tour, signed to TVT Records and released one of the first “Enhanced” CDs, “Commercial Entertainment Product,” in 1992, and created live video projections for U2’s Zooropa tour. Pearson’s documentary film work includes feature documentaries and limited docu-series. Most recently, Summer of Soul won the Grand Jury Prize and Audience Award for Documentary at Sundance Film Festival. Pearson was nominated for an Emmy for his work on the Academy Award-nominated and Emmy-winning “What Happened, Miss Simone”? Pearson’s other feature documentary work includes “Under African Skies: Paul Simon’s Graceland Journey,” nominated for an Emmy, “Keith Richards: Under The Influence,” directed by Morgan Neville, for which Pearson was nominated for an Eddie, and “Whitey: The United States of America v. James J. Bulger,” winner of a Silver Telly for editing. His docu-series work includes “The Me You Can’t See”, “Conversations with a Killer: The Ted Bundy Tapes,” “Jeffrey Epstein: Filthy Rich’” “Bobby Kennedy For President,” “Grant,” “Mars,” and “The Fourth Estate.”

Jevon is a Senior Editor for the “True Crime” network, ID (Investigation Discovery). He has been editing for over 20 years and has created numerous works for Discovery, TLC, Animal Planet, Discovery Health, National Geographic, Independent Lens, and the Smithsonian. In 2006 he won the Promax North America Broadcast Networks Silver award for editing. Jevon was born on the Caribbean island of St. Kitts and then immigrated to the United States as a child. A life long New Yorker, he now resides with his family in the District of Columbia.
1:30 PM – 2:40 PM 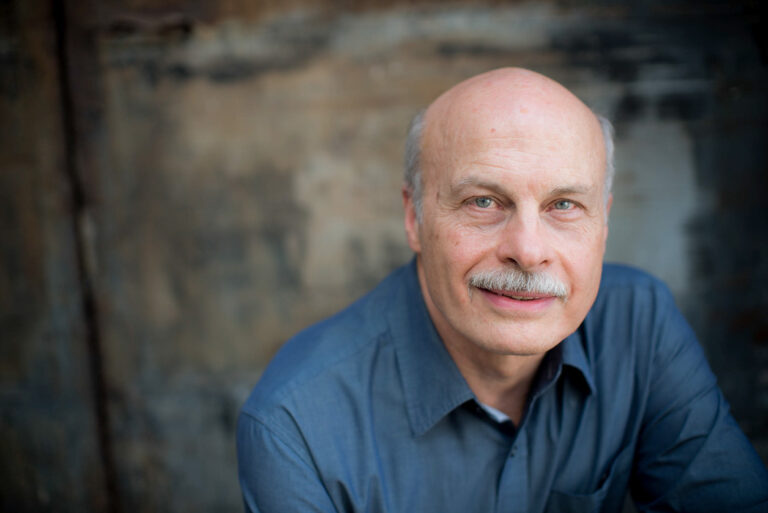 BOB EISENHARDT Bob Eisenhardt is a filmmaker renowned for editing documentaries. He is an Oscar nominee, a four-time Emmy winner, and a two-time winner of the Eddie award from the American Cinema Editors. He has over sixty films to his credit. His film, “Spaces: The Architecture of Paul Rudolph,” was an Academy Award nominee for Best Short Documentary. Bob edited “Free Solo”, the 2019 Oscar and BAFTA award winner, for which he received the ACE Eddie for Best Editing – Documentary. Other recent films include: “Scotty and The Secret History of Hollywood”, “Meru”, and two films that premiered at the New York Film Festival, “Restless Creature: Wendy Whelan”, and “Everything is Copy: Nora Ephron, Scripted and Unscripted”, winner of ACE Eddie for Best Editing – TV Documentary. Other films include “Wagner’s Dream”, “Valentino: The Last Emperor”, and “Dixie Chicks: Shut Up & Sing. When not in the edit room, Bob teaches the thesis master class at the School of Visual Arts MFA Program and at the New York Film Academy.
3 pm – 4:10 pm

Finding and Shaping Your Main Character

Editors including Rebecca Adorno (Homeroom), Katharine Garrison (Refuge, United Skates) and Pax Wasserman (Becoming Cousteau) reveal their process for creating main characters.  Moderator Judith Helfand leads a robust conversation exploring themes such as developing audience empathy for your character (especially if they are unlikeable) and finding a character arc in relation to story and theme. 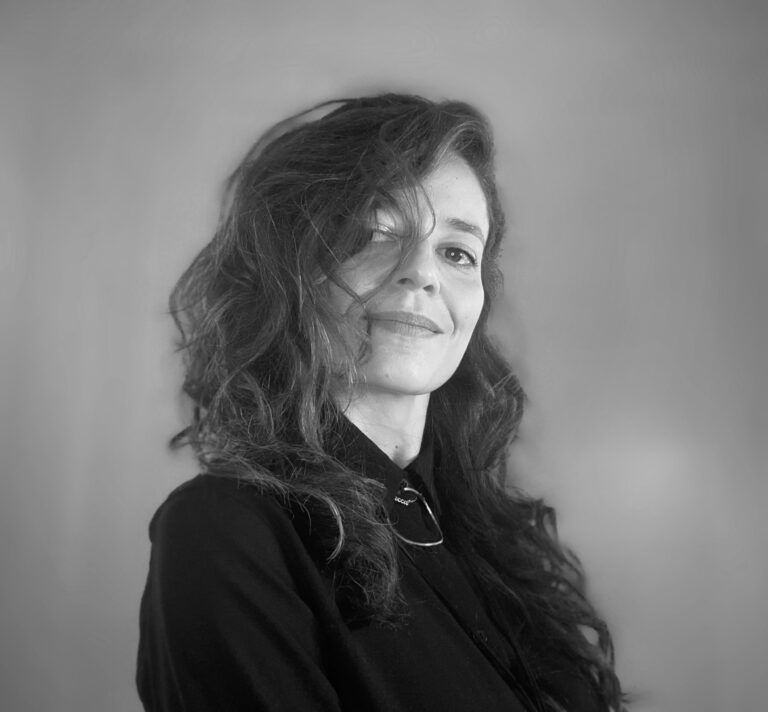 Rebecca Adorno Dávila is an Emmy nominated and award winning video editor born and raised in Puerto Rico. She gravitates towards vérité and archival heavy, character-driven stories. She was an editor on the nine part HBO documentary series “The Vow” (2020) and on three seasons of the Emmy-award winning series “VICE on HBO”, which in 2016 led her to an Emmy nomination for Outstanding Picture Editing. Among others, she edited feature length music documentary “Residente”, an official selection at SXSW’s Film Festival in 2017, experimental biopic “Moments Like This Never Last” and “Homeroom”, which premiered at the 2021 Sundance Film Festival, where she was awarded the Inaugural Jonathan Oppenheim Documentary Editing Award alongside editor Kristina Motwani. 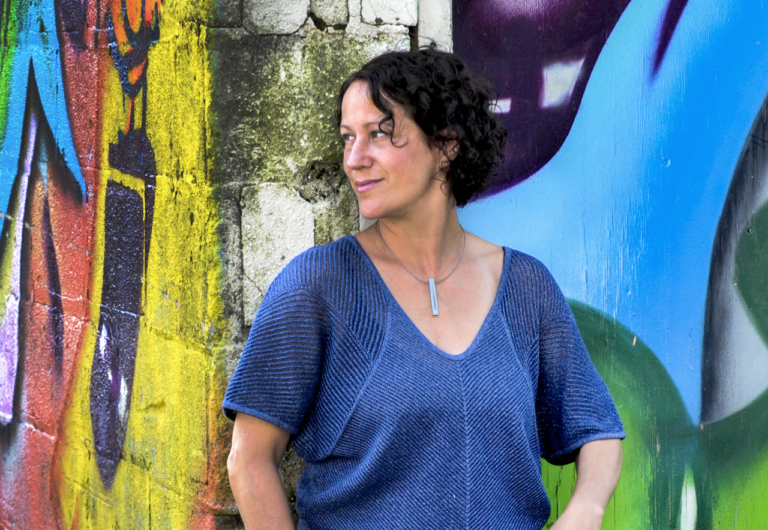 Katharine Garrison is a New York-based, two-time Emmy-nominated documentary editor whose work has been screened and honored at festivals around the world. Katharine most recently edited and co-produced Refuge which is premiering at DOCNYC. She also edited and co-produced the HBO documentary, United Skates (audience award winner at Tribeca Film Festival). Other credits include the environmental justice film, The Sacrifice Zone, and the PDN award-winning short, We Came and Stayed. Katharine has edited shorts for the Atlantic, PBS, NBA Entertainment, IFC, AMC Networks, the Sundance Channel, Bravo, and Oxygen Media. At AMC, she produced and edited award-winning digital videos for Breaking Bad, Mad Men, The Walking Dead, The Killing, and Hell on Wheels. Katharine holds an MFA in film from Columbia University and continues to be a part of several teaching and mentorship programs. 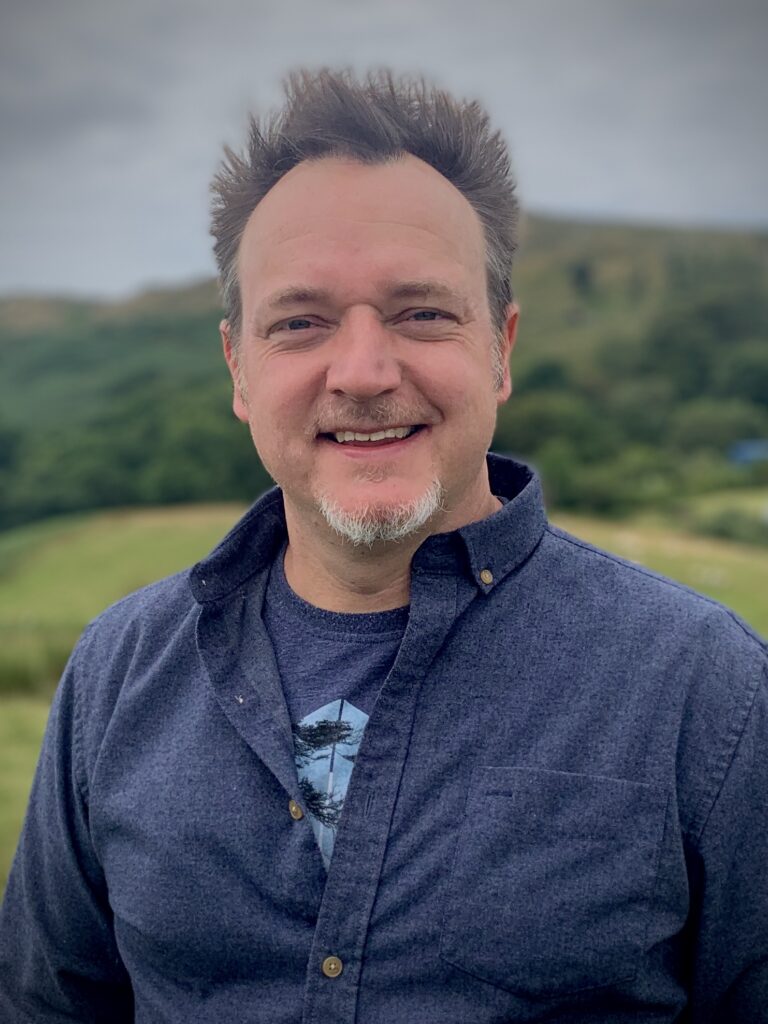 Pax Wassermann is an editor, producer and writer with over twenty-five years in film and television. His recent work includes the Telluride Film Festival premiere Becoming Cousteau, the Sheffield Grand Jury prize winner City of Ghosts, and two seasons as editor and producer of the Showtime series The Trade. Other past documentary work includes Academy Award nominee Cartel Land, the Sally Mann documentary What Remains, Pussy Riot: A Punk Prayer, Devil’s Playground, and Which Way Home, which was nominated for an Academy Award in 2009. He has also edited three fiction films for directors including Noah Buschel and Peter Bogdanovich. He lives in Montclair, NJ with his wife Sashy and their two sons.