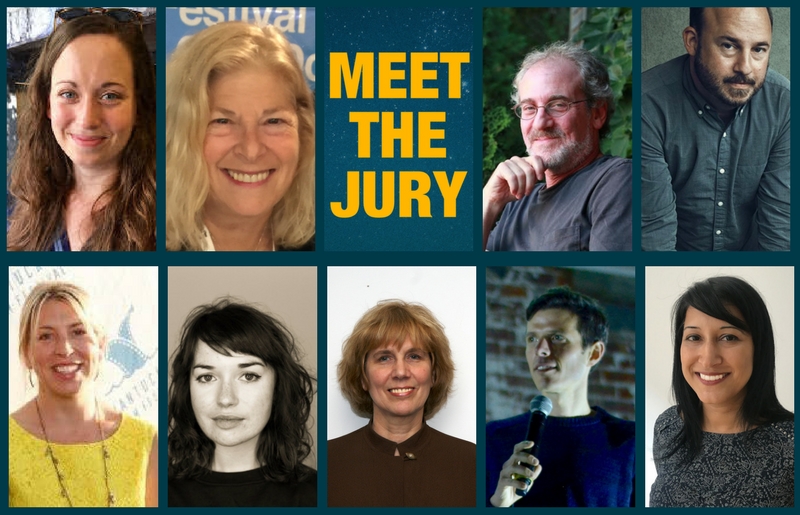 DOC NYC is pleased to introduce the jurors for this year’s competition sections: Metropolis, Viewfinders and Shorts.

Films in the Viewfinders and Metropolis sections are also eligible for the DOC NYC Audience Award for Best Feature.

For shorts, the winning film qualifies for consideration in the Documentary Short Subject category of the annual Academy Awards® without the standard theatrical run, provided the film otherwise complies with the Academy’s rules.

Doug Block is an internationally acclaimed documentary director, producer and consultant.  His credits as director include: 112 Weddings, The Kids Grow Up, 51 Birch Street, Home Page and The Heck With Hollywood! Producing credits include Silverlake Life, Jupiter’s Wife, A Walk Into the Sea, The Edge of Dreaming, Resurrect Dead: The Mystery of the Toynbee Tiles and the current Futures Past. Block is also the founder of The D-Word (www.d-word.com), an online discussion forum for documentary professionals worldwide.

Alissa Wilkinson is Vox.com‘s film critic and an associate professor at The King’s College in lower Manhattan. Her previous work can be found at Vulture, Rolling Stone, RogerEbert.com, The Atlantic, The Washington Post, Paste, Pacific Standard, and elsewhere. Alissa is an Art of Nonficfion writing fellow with the Sundance Institute.

Debra Zimmerman has been the Executive Director of Women Make Movies since 1983. For 10 of the last 11 years films from WMM have won or been nominated for Oscars. She is in great demand around the world as a speaker on independent film distribution, marketing and financing. She is a member of numerous Advisory Boards for many media organizations, a jury member for many international film festivals, and regularly sits on foundation and government funding panels. She is the recipient of New York Women in Film and Television’s Loreen Arbus Award and the Hot Doc’s Doc Mogul Award, given to those who “over the course of their career has made an essential contribution to the creative vitality of the documentary industry, both in his or her country or abroad.”

Andrew Rossi, Filmmaker
Andrew Rossi is the Emmy-nominated director and producer of documentary films including Page One: Inside The New York Times (2011), following the inner working of the New York Times; Ivory Tower (2014), about the challenges facing higher education; A Table In Heaven (2008), following the larger than life owners of Le Cirque restaurant; Bronx Gothic (2017) about performance artist Okwui Okpokwasili; and The First Monday In May (2016) about the Metropolitan Museum of Art’s Costume Institute.

Marian Masone is currently working as a film curator for Art Basel, the world-renowned art fair, and as a producing consultant for Jump Cut Creative. For over 25 years at the Film Society of Lincoln Center she programmed new and retrospective series and monthly programs, organized education initiatives, established programs for emerging filmmakers and served on the selection committees for the New York Film Festival and, with the Museum of Modern Art, New Directors/New Films. Ms. Masone is on the film panel of the Princess Grace Foundation, which awards scholarships and fellowships to young artists, and she is a member of New York Women in Film and Television, serving on the committee for NYWIFT’s Women’s Film Preservation Fund. She has been a panelist and juror for numerous national and international organizations and festivals, and has lectured at Parsons School of Design, Pratt Institute, Cinéfondation Residence in Paris, and the Reina Sofia Museum in Madrid. She has an M.A. in cinema studies from NYU and writes on film and media for various publications.

Mridu Chandra, Director, Tribeca Film Institute IF/Then Short Documentary Program
Mridu Chandra is the Director of IF/Then- a new initiative developed by Tribeca Film Institute to stimulate the production and multi-platform distribution of short form documentary storytelling. She is a veteran producer of award-winning documentaries and independent feature films that explore topics of civil rights and peace, gender and sexuality, environmental justice, and the law. An alumna of the CPB/WGBH Producers Academy and the TFI’s All Access Program, her films have premiered at Sundance & SXSW, aired nationally on PBS & HBO, screened for members of the U.S. Congress & the United Nations, and showcased at museums & film festivals worldwide.

Dominic Davis, Programmer, Rooftop Films
Dominic has a degree in mass media studies and political science from the University of Kentucky. In 2011, he took a job with the film office of the Sundance Film Festival, where he discovered film programming as a profession. He has previously programmed for the American Museum of Natural History and the Tribeca Film Festival. He has served on advisory panels and grant and film juries across the globe. When not watching movies, he goes for very long runs.

Meghan Oretsky, Curator, Vimeo
Before joining Vimeo in 2014, you could find Meghan cheering on filmmakers in the comments section of countless videos on their site. Today she serves as a member of the Vimeo curation team, for which she watches thousands of videos a year. She is especially proud to support women in film via her channel “Ladies With Lenses” and features their work in a monthly screening series.
Related posts