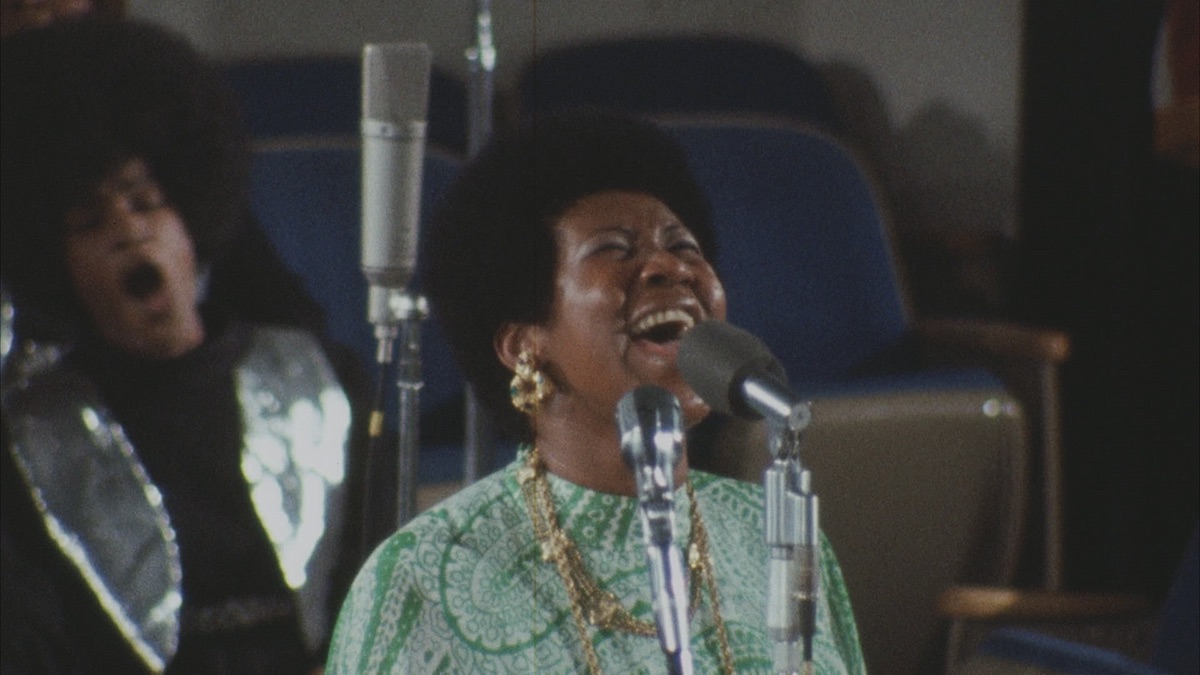 WORLD PREMIERE: In January 1972, Aretha Franklin gave two days of gospel performances at the New Temple Missionary Baptist Church in Watts, Los Angeles, recording what would become her bestselling album, Amazing Grace. The sessions were captured by a film crew led by Sydney Pollack, but the footage wound up shelved in a vault and has remained one of the lost cinematic treasures of twentieth-century music. Before Pollack’s death in 2008, he expressed a wish for the film to be completed, and producer Alan Elliott took it up with a team of supporters as a passion project.

Amazing Grace lets the events unfold on film without imposing present-day interviews. It fits in the tradition of other concert documentaries of the era, such as Monterey Pop and Woodstock, yet it stands out for its focus on African-American music (preceding Wattstax, filmed later that year).
As the daughter of Detroit’s prominent Reverend C.L. Franklin, Aretha was deeply immersed in gospel and grew up among the leaders of the genre. Her father and other gospel mentors can be spotted in the crowd – as can Mick Jagger and Charlie Watts, lingering in the back of the church. In his book on Amazing Grace, author Aaron Cohen calls the album “a milestone because of Franklin’s call-and-response with her collaborators.” Leading the musicians is Reverend James Cleveland, backed by the legendary Atlantic Records rhythm section and the Southern California Community Choir. Watching their interactions is revelatory for both gospel aficionados and outsiders. To paraphrase the title song: what once was lost, now is found.