Journalism’s role of exposing corruption has rarely been as dramatically portrayed as in Collective. Filmmaker Alexander Nanau follows a team of Romanian reporters in real time as they doggedly uncover a deadly scandal that reaches the highest levels of government. Like a real-life version of All the President’s Men, the film has won critical raves on a prestigious festival run including Venice, Toronto, and Sundance: “Absolutely brilliant” (Rolling Stone). “This is truly a documentary for our times” (Variety).

Director Alexander Nanau is the recipient of the Robert and Anne Drew Award for Documentary Excellence, presented as part of DOC NYC 2020’s Visionaries Tribute. 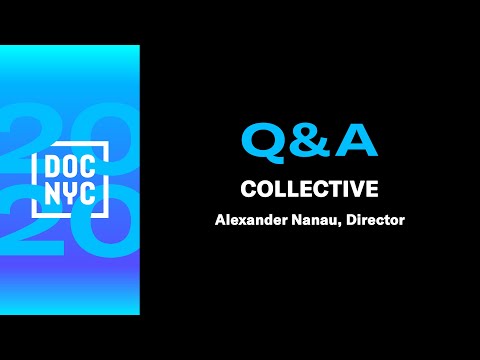