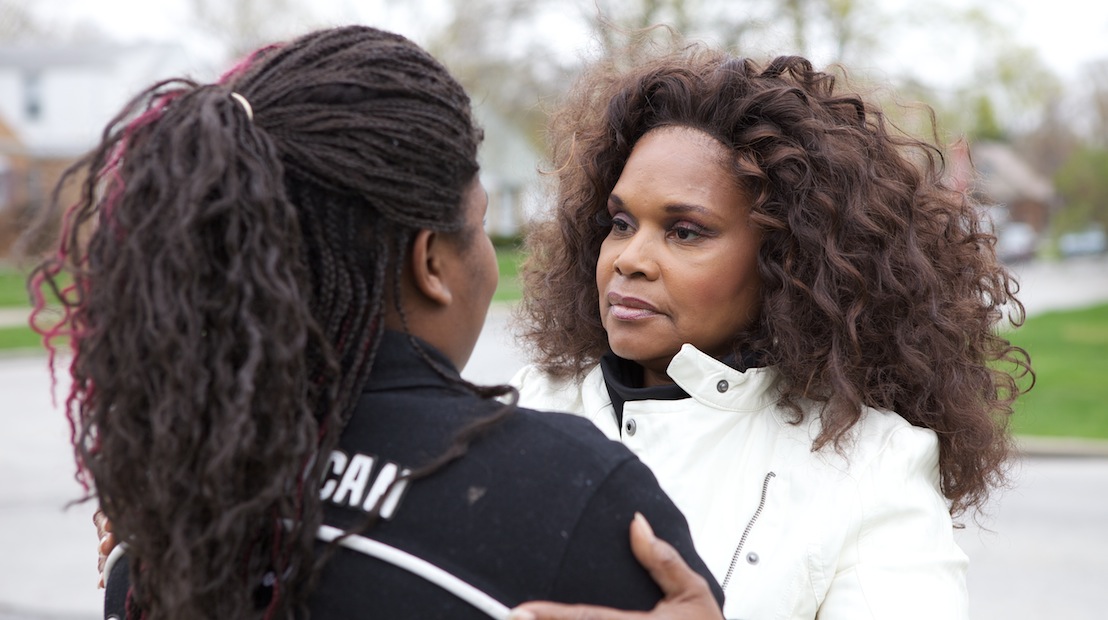 A candid portrait of a woman’s redemptive fight against sexual exploitation, Kim Longinotto’s masterful observational film follows Brenda, a charismatic former drug addict and prostitute who, having turned her life around, has made it her mission to give hope to women and girls in need. Through her Dreamcatcher Foundation, she reaches out to sex workers, at-risk teens and women in prison, sharing her story, and, just as importantly, listening to theirs. Kim Longinotto is this year’s recipient of the Robert and Anne Drew Award for Documentary Excellence at DOC NYC’s Visionaries Tribute. Courtesy of Showtime and Women Make Movies.