WORLD PREMIERE |  After stints as a contributor to CNN and MTV, Sian-Pierre Regis makes his directing debut with this poignant story about his immigrant mother, Rebecca Danigelis. At the age of 75, she’s fired from her lifelong job as a hotel housekeeper. She has scant savings after supporting two sons as a single mother. As his mother struggles to find a new job and faces ageism, Sian-Pierre cares for Rebecca by giving her an unforgettable adventure. Their story was covered in The New York Times article, “My Retirement Plan Is You,” and resonates for a whole generation of adults grappling with how to care for their parents.

DOC NYC Live event: Happened on Friday, Nov. 13 at 2 ET on Facebook Live–Filmmaker Sian-Pierre Regis is joined by his mother, Rebecca Danigelis, to discuss his film, previously the subject of the popular recent New York Times article, “My Retirement Plan Is You.” 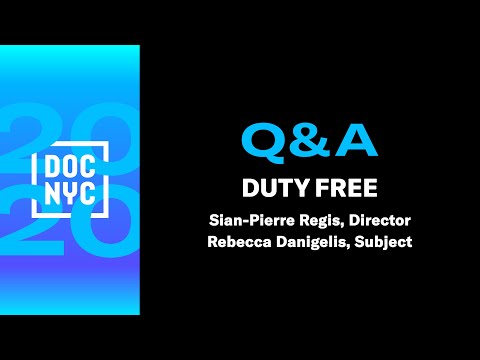