In June 2017, Chinese student Yingying Zhang’s dream of earning her PhD in America morphed into a nightmare when she disappeared from her college campus, sparking a desperate search for her whereabouts. Characteristically cautious, Yingying would not typically put herself in harm’s way—but what if trouble came looking for her? Fellow student and filmmaker Jiayan “Jenny” Shi joins forces with Yingying’s family on their quest for answers, sharing the hope and pain of finding their beloved daughter.

DOC NYC Live event: Saturday, Nov. 14 at 2 ET on Facebook Live– Gordon Quinn (Executive Producer and founder of Kartemquin) talks to filmmaker Jiayan “Jenny” Shi about her film on the mysterious disappearance of an international student from a Midwest university. 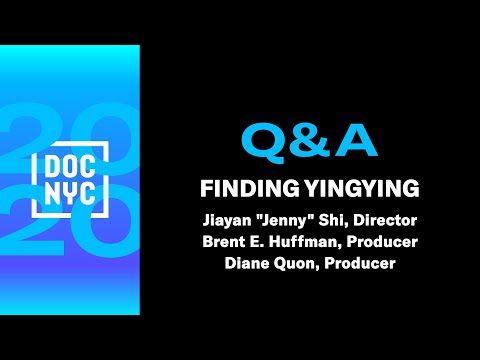