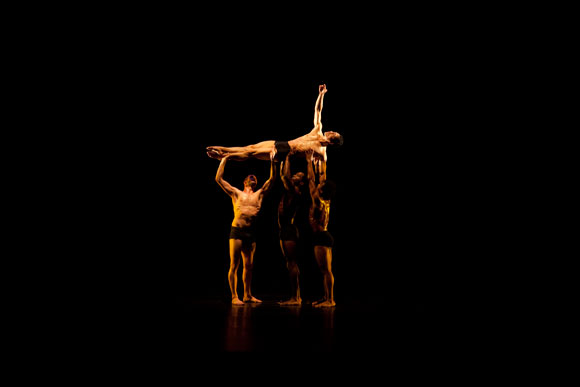 At Dartmouth College in the 1970s, four male athletes joined a dance class. Their collaborative work led to the creation of Pilobolus and the transformation of modern dance. Pilobolus eschewed the bright lights of Manhattan and settled in rural Connecticut. Still Moving: Pilobolus At Forty focuses on the company’s lifecycle—including a founder’s death—its evolution, transformation, and regeneration. On the eve of its fortieth anniversary, internationally renowned, Pilobolus returns to New Hampshire for a Dartmouth-commissioned premiere of a collaboration with cartoonist Art Spiegelman. At their studio, on the road, in community workshops, and on stage, the arts organism Pilobolus thrives. 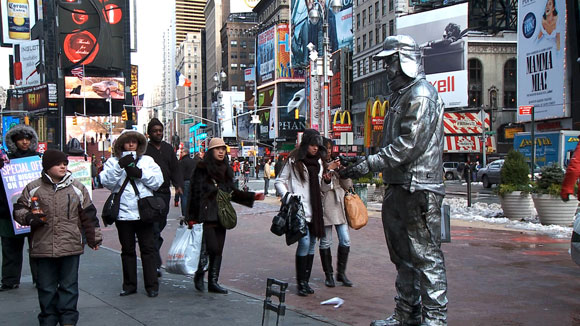 Tim Intravia performs as a statue/mime on the streets of New York City. Robot Man follows his daily routine interacting with pedestrians, contending with the police, and competing with other street performers for the attention and spare change of tourists. It pays the bills, but he wants to be more… 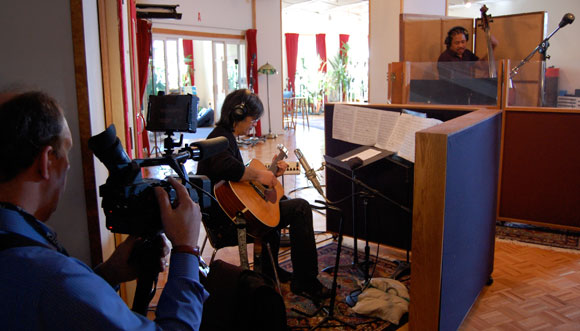 WORLD PREMIERE A Broadway Lullaby tells the story of Over The Moon: The Broadway Lullaby Project – from conception to completion. Through interviews and intimate behind-the-scenes footage, the film chronicles the inspirations, rehearsals, recordings and artistic process of many of Broadway’s brightest starts and composers, world-renowned jazz musicians and America’s best-loved illustrators – all uniting to combat breast cancer through the beauty and power of music and art.