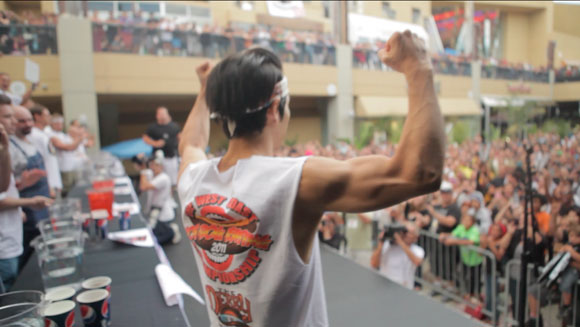 WORLD PREMIERE How many hot dogs could you eat in 10 minutes? Follow the jaw-dropping exploits of several competitive eaters, including the world famous Takeru Kobayashi, known for his six consecutive wins at the Nathan’s Famous Fourth of July International Hot Dog-Eating Contest in Coney Island. After a contract dispute with Major League Eating, the organization that holds a veritable monopoly on the sport, Kobayashi is banned from their events, but fights back to restore his tarnished reputation.