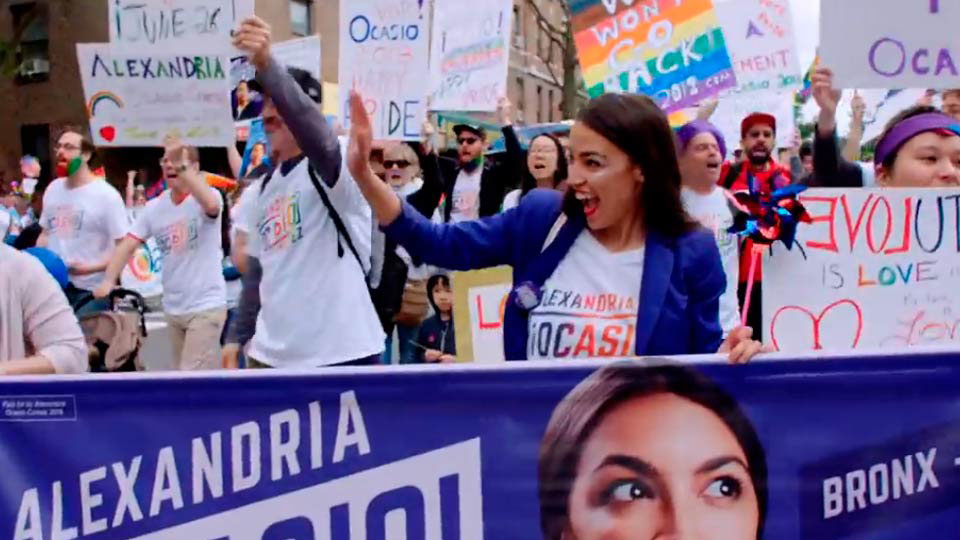 KNOCK DOWN THE HOUSE

Director Rachel Lears won the 2014 DOC NYC Audience Award for The Hand That Feeds. Now Lears captures Alexandria Ocasio-Cortez as she conducts a surprise campaign for Congress while still working as a bartender. Lears also follows three other first-time female candidates, revealing that AOC’s effort wasn’t a fluke but part of a fervent grassroots movement. As AOC rises in prominence, this film will endure as a vital chronicle of her origin story. Courtesy of Netflix.