Oscar®-nominated directors Heidi Ewing and Rachel Grady (Jesus Camp, Detropia), recipients of the Robert & Anne Drew Award for Documentary Excellence at this year’s DOC NYC Visionaries Tribute, “have made their most powerful and complex film” (The Hollywood Reporter). One of Us profiles three members of New York’s Hasidic Jewish community who wish to explore more secular lives. To do so puts them at risk of leaving behind their families and facing hostile opposition. As their stories unfold over several months, the film plays like a suspenseful thriller. Courtesy of Netflix. 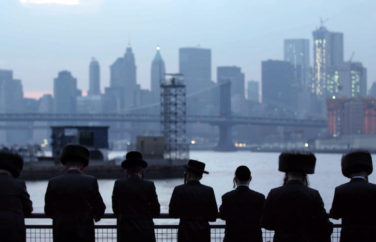