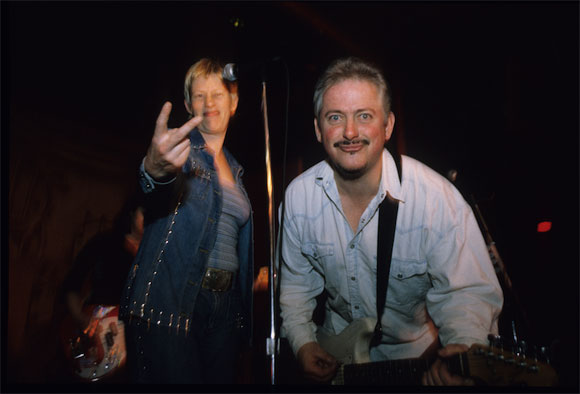 REVENGE OF THE MEKONS

WORLD PREMIERE Emerging from the first blast of 1977 U.K. punk rock, the Mekons were notorious, as critic Greil Marcus notes, for being “the band that took punk ideology most seriously.” Charting the group’s progression from socialist art students with no musical skills through its reinvention as rabble-rousing progeny of Hank Williams, the film reveals how, four decades into a still-evolving career, the Mekons continue to make original, genre-defying music while staying true to the punk ethos. Q&A to follow with director Joe Angio and the Mekons band members, moderated by Greil Marcus.

“Angio’s polished documentary, featuring interview subjects ranging from Luc Sante to Vito Acconci, illustrates that the literary, free-spirited, rustic rock the band continues to play today is as vital and ‘punk’ as anything it’s ever done.” – TIME Magazine/Lightbox