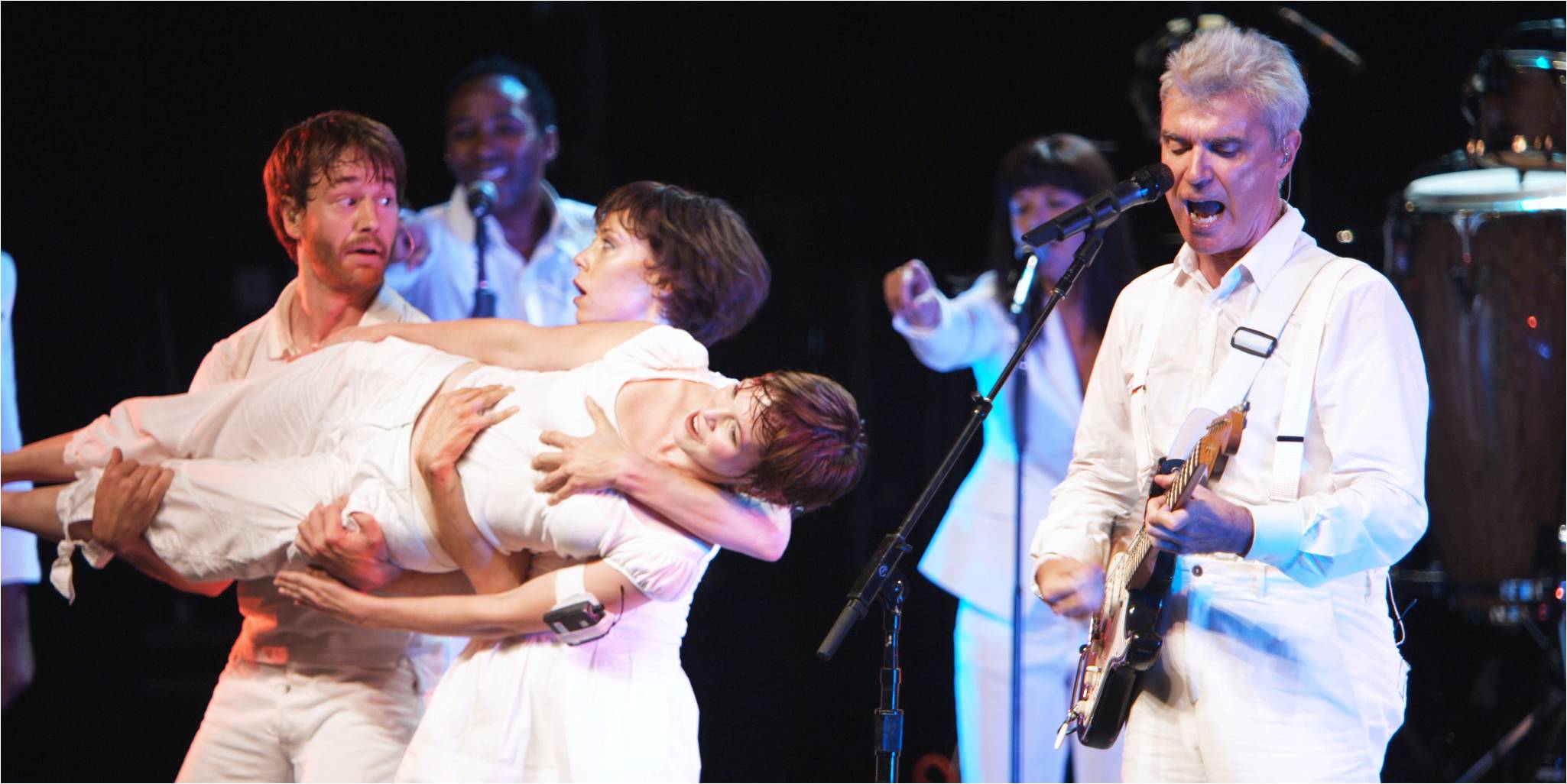 RIDE, RISE, ROAR is a David Byrne concert film that blends riveting onstage performances with intimate details of the creative collaborations. Shot with multiple cameras over several concerts during the 08/09 tour, the film blends the energy and charisma of classic Talking Heads with the heartfelt pathos of Byrne and Brian Eno’s most recent collaboration. Between the songs the film documents behind-the-scenes auditions, rehearsals, and interviews with key players who achieved the show’s unique fusion of pop music and modern dance.