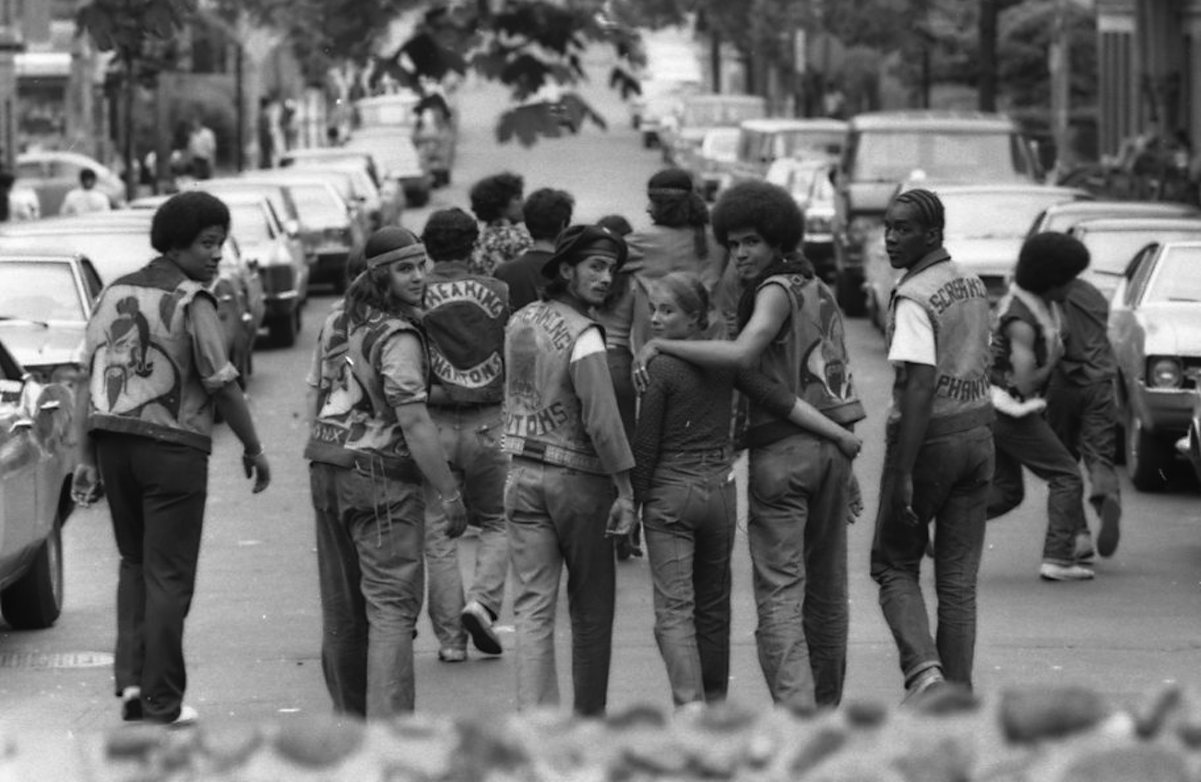 NORTH AMERICAN PREMIERE Confronting a bankrupt, decaying city and the dashed hopes of the civil rights generation, African-American and Latino teenagers violently took over the streets of 1970s New York. The South Bronx became a war zone ruled by gangs like the Savage Skulls and the Ghetto Brothers. Hypnotic archival footage and present-day interviews with former gang members reveal how peace was brokered at the peak of the bloodshed in a most unlikely manner, laying the foundation for what ultimately became hip-hop culture.

Screening with Fraser Munden & Neil Rathbone’s The Chaperone. An action-packed, animated retelling of what happened when a drunken motorcycle gang invaded a 1970s school dance.

This film is co-presented by Cinema Tropical.