WORLD PREMIERE Scott Wiener probably knows more about pizza than anyone else in the world. Channeling his infectious enthusiasm into a successful pizza-tasting tour business, the New Yorker has found unlikely fame, winning fans around the world – who contribute to his massive collection of pizza boxes. Scott’s Pizza Tours delectably demonstrates Wiener’s appeal, following him on several tours, on a trip to Naples – the birthplace of pizza – and as he organizes his annual charity event to feed the hungry. 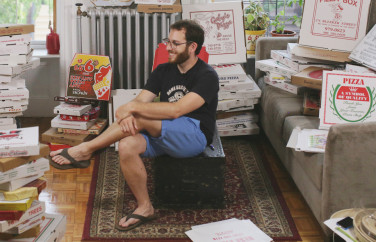