The New School Documentary Media Studies program provides an opportunity to study documentary filmmaking—production and theory—in a small, tightly focused program. The program culminates in a student documentary festival, Truth Be Told, at the end of each school year, at which certificate students’ films are publicly screened and discussed by the filmmakers and faculty. Certificate holders are qualified to enter documentary media professions as editors, field producers, cinematographers, directors, researchers, and through industry positions in media distribution, museum programming, festival organization, and broadcast productions. (TOTAL RUNNING TIME: 81 MIN)

Teenage activists Alex and Marcus lead a movement to integrate NYC’s high schools, which are among the most racially segregated in the country. (USA, 26 MIN)

A chronicle of life in Manhattan’s Columbus Park, where groups of Chinese seniors congregate on a daily basis.  (USA, 18 MIN)

50 years after the second largest oil spill in US history was discovered under North Brooklyn, the same community resists the construction of a fracked gas pipeline that destabilizes local business and puts public health and safety at risk ahead of a global pandemic. (USA, 21 MIN)

Street photographer Louis Mendes began his career in 1953 in Harlem as a door-to-door baby photographer. Now a New York legend with 37 photographer apprentices, he reflects on a life of hard work, survival, and creativity. (USA, 16 MIN) 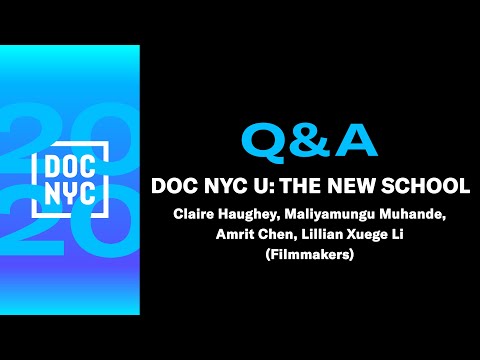