Behind the Scenes
90 min

WORLD PREMIERE  | On November 20, 1983, ABC-TV broadcast The Day After, a chilling fictional account of the aftermath of a nuclear war on a small Kansas town. More than 100 million viewers turned in, making it the highest-rated made-for-TV film in history. This came after weeks of buildup and, behind-the-scenes, intense controversy extending all the way to a White House in the midst of a nuclear arms race with the Soviet Union. With impressive access to the principals involved with the project and a trove of archival footage, Jeff Daniels revisits the improbable story of this anti-nuclear major television event and the impact it left on the Reagan era and beyond.

DOC NYC Live event: Friday, Nov. 13 at 3 ET on Facebook Live–Filmmaker Jeff Daniels and Nick Meyer (director of The Day After) are joined by Ted Koppel to discuss Daniels’s world premiere documentary about the 1983 TV movie The Day After about nuclear war. 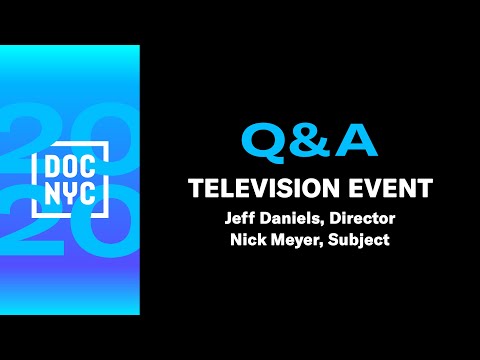