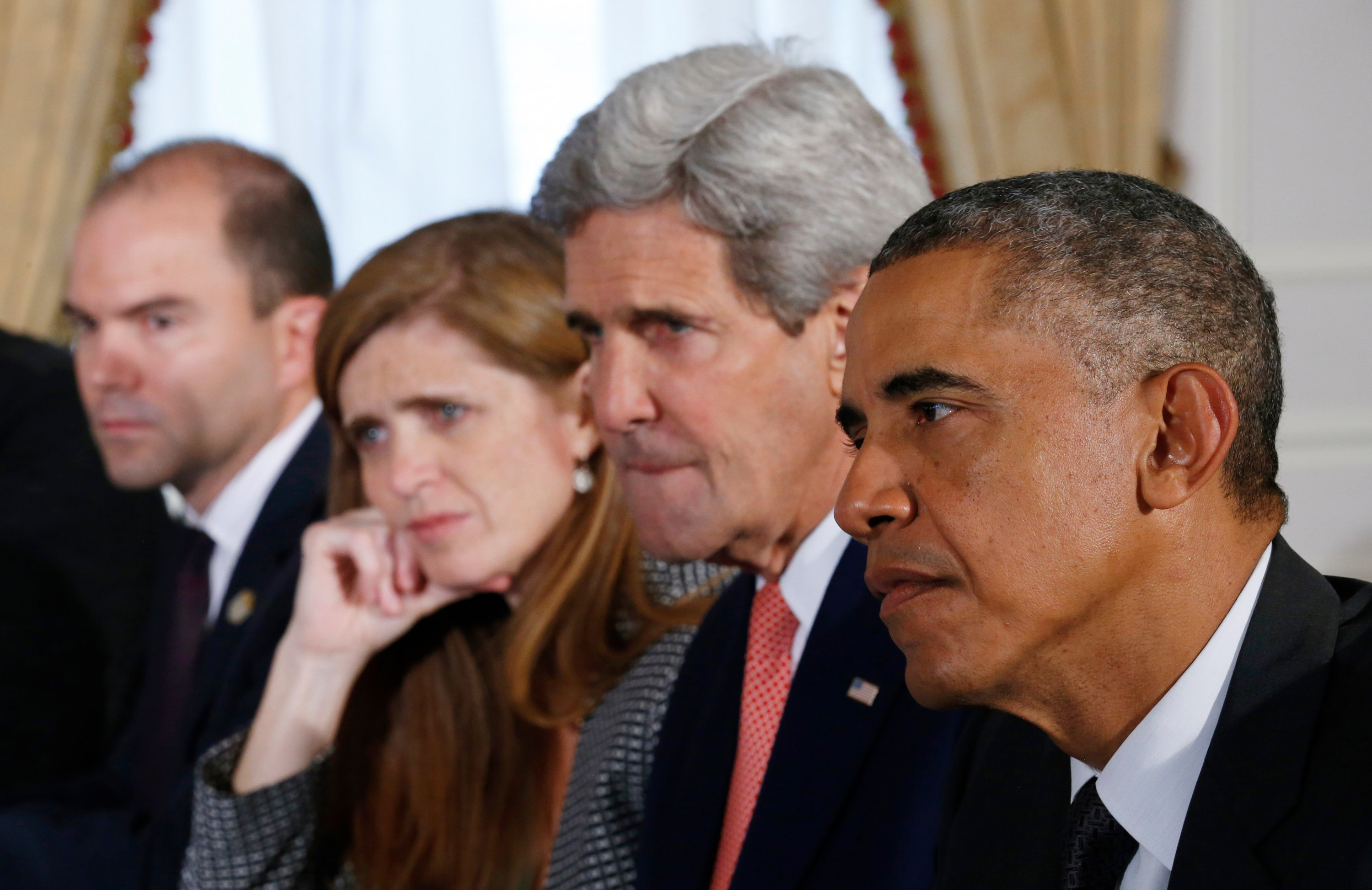 Expected to Attend: Greg Barker, Ben Rhodes and other members of the Obama administration

NYC PREMIERE During 2016, filmmaker Greg Barker gained access to key members of outgoing US President Barack Obama’s administration Secretary of State John Kerry, Ambassador to the United Nations Samantha Power, confidant and speechwriter Ben Rhodes and others for an unprecedented look at the shaping of US foreign policy. While TV shows from The West Wing to Madam Secretary have invented dramas from this milieu, never has a documentary captured the real players so much in the moment.

The globe-trotting journey makes stops on multiple continents. Rhodes, who’s described as sharing a ‘mind meld’ with Obama, joins the President on historic visits to Saigon, Hiroshima and Havana. Power seeks to put ordinary people at the heart of foreign policy in Nigeria and Cameroon. Kerry negotiates at the UN for a Syrian ceasefire and bears witness to global warming in Greenland. Every move they make stirs reactions from the media, Congress and the public.

While history books will be better equipped to explore political complexities, The Final Year excels at showing us the humanity of these policy makers in times of breakthroughs, setbacks and tragedies.

This perspective would be remarkable in any year. But 2016 stands out since US foreign policy changed dramatically under a new administration. The contrast is clear in every minute of the film. As we gain distance from the Obama era, The Final Year will serve as a vital document of that time.

Note: Reduced price for Short List films does not apply to The Final Year