TINY TIM: KING FOR A DAY

US PREMIERE | For a brief but wondrous time in the late 1960s, Tiny Tim was, improbably, a household name. Generating attention for his distinctive falsetto vocal stylings and unusual appearance, the performer began appearing on various television programs, culminating in his wedding on The Tonight Show, which was watched by more than 40 million people. For Tiny Tim, born Herbert Khaury, it was the fulfillment of a lifetime’s dream to find love and acceptance, but his fame would prove heartbreakingly fleeting. 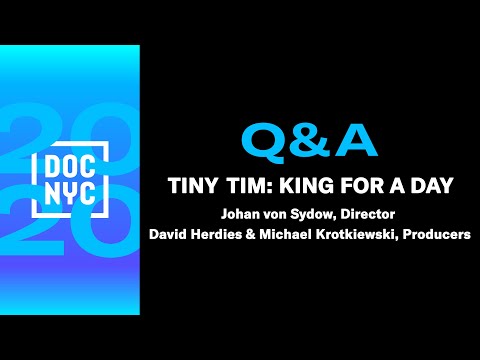