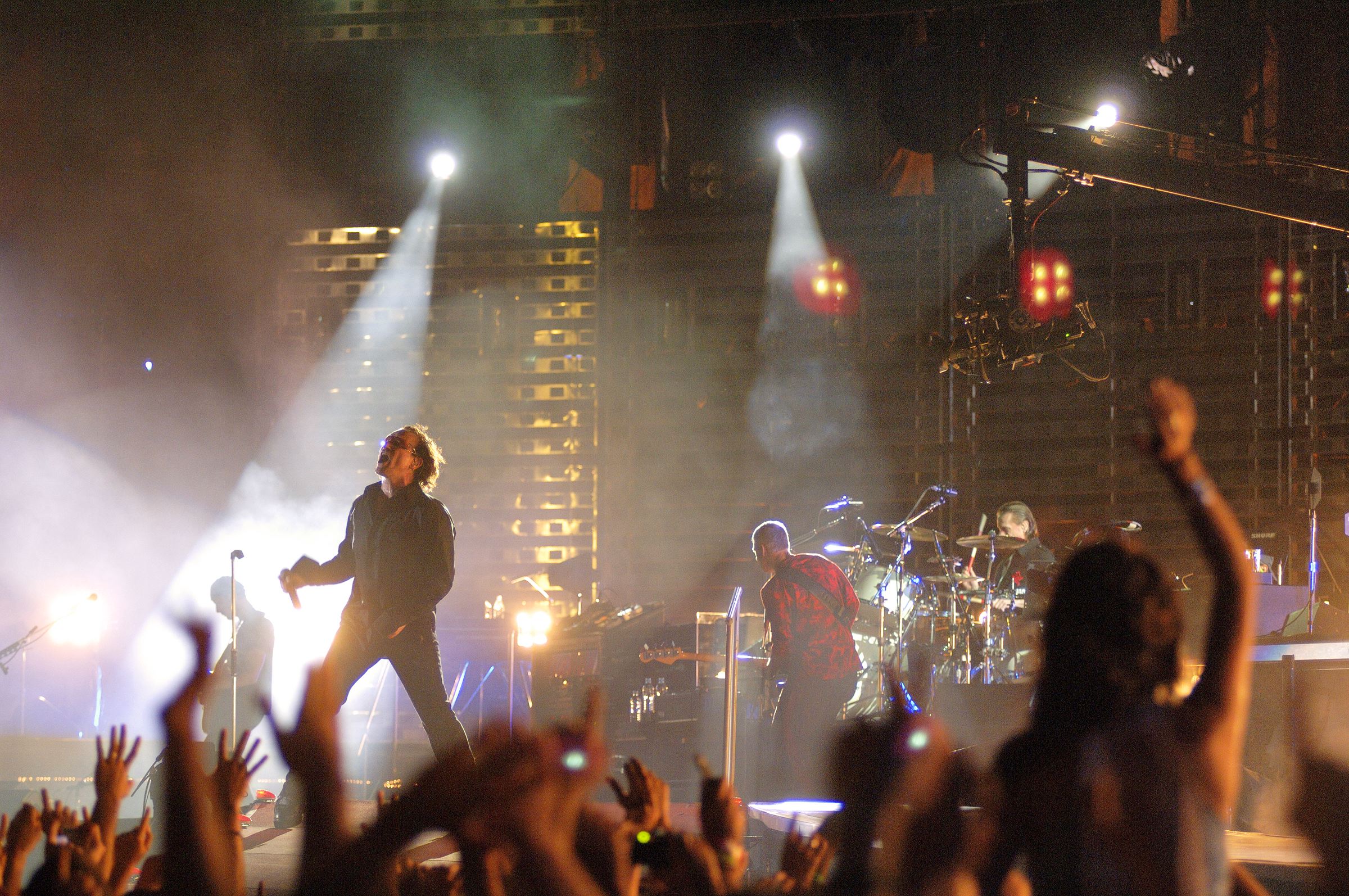 “U2 3D” is a unique cinematic experience that puts viewers within the pulsating energy of a stadium concert given by the world’s most popular band.  Marrying innovative digital 3D imagery and 5.1 Surround Sound with the excitement of a live U2 concert – shot at four South American stadium shows during the final leg of the band’s “Vertigo” tour – it creates an immersive theatrical experience unlike any 3D or concert film that has come before. “U2 3D” takes viewers on an extraordinary journey they will never forget.