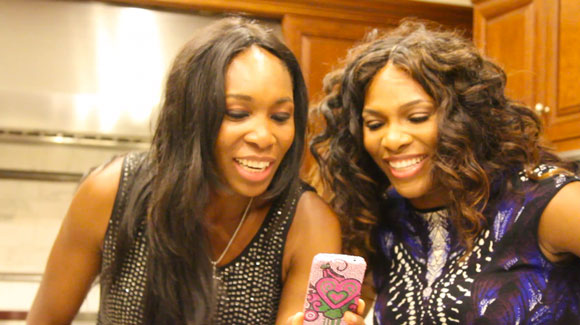 Venus and Serena gains unprecedented access into the lives of the tennis-conquering Williams sisters during the most intimidating year of their careers. Over the course of 2011, Venus grappled with an energy-sapping autoimmune disease while Serena battled back from a life-threatening pulmonary embolism. But neither sister let adversity hold her back. Filmmakers Maiken Baird and Michelle Major (who worked in Peter Jennings’ documentary unit at ABC News) join forces with esteemed collaborators including editor Sam Pollard (When the Levees Broke) and musician Wyclef Jean. The film “gives a better sense of the sisters than do reams of sports reportage” (Variety).

Opening Night tickets are $25 for film-only or $75 to attend the 6:45pm screening followed by the official DOC NYC Opening Night party at the North Cabana at The Maritime Hotel – 88 Ninth Avenue (entrance at 17th Street).