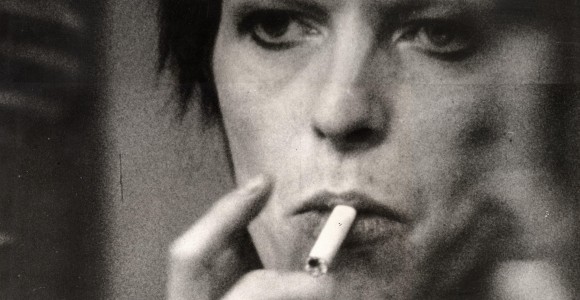 Ziggy Stardust and the Spiders From Mars: The Motion Picture

On the occasion of DOC NYC, D.A. Pennebaker reflects on filming Bowie and the Spiders from Mars:

“I was on Mars myself when I got Bowie’s request that we film a concert at Hammersmith Hall in London.  Getting from a raft on the Mississippi River headed for New Orleans to London required a series of complicated travel arrangements, with which I won’t bore you, ending with a dawn non-scheduled flight from Rome that got us to the theater just in time for what turned out to be the next to the last concert the Spiders would ever do. That the next show which we were to film was to be the last was kept secret from everyone, until Bowie himself made the announcement as an introduction to his last song., bringing anguished cries of disbelief from the audience and equally astonished reactions from stage-partner Mick Ronson, who like the band, had not been forewarned. I had been told by RCA that this was to be a demo for RCA’s newly invented and soon to be released video disk and that only a half-hour of Bowie’s performance was required. But when I saw and heard the amazing creature that Bowie could turn himself into; affable and business-like in his dressing room, on stage minutes later, resplendent in unworldly costumes and performing like I had never before seen anyone perform, musically and athletically, I saw musical genius and was not going to let it get away. Our crew, Jim Desmond, Nick Doob and myself, just the three of us, filmed that entire final concert which eventually became Ziggy Stardust and the Spiders from Mars.”