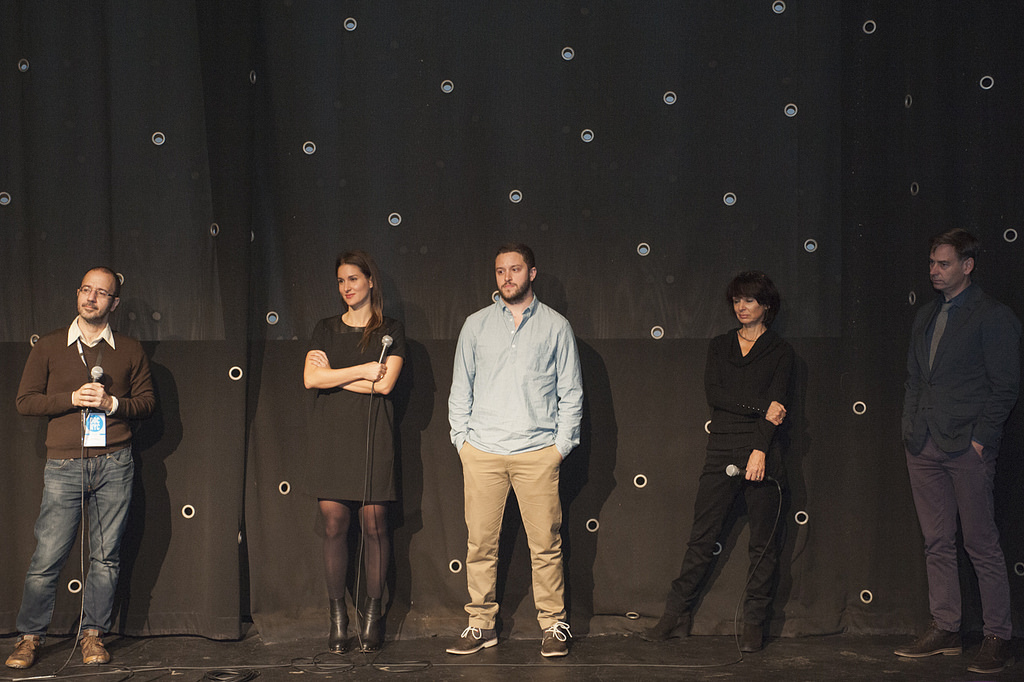 The atmosphere was electric for the world premiere of Jessica Solce’s No Control at DOC NYC.  The meticulous documentary aims to objectively explain the intricacies and absurdities of America’s current gun-control laws and the debates that surround them. The central figures of the film represent two very different sides of the argument.

Greg Bokor is the creator of Erase,  an interactive anti-gun art instillation.  The piece features both a larger-than-life pencil-drawing of an AR-15 assault rifle and a set of pink rubber erasers that observers are instructed to use to make his drawing disappear.  Each eraser bears the name of one of the victims killed in the Columbine, Virginia Tech, Aurora, and Newtown mass-shootings.

Cody Wilson, a young, charismatic activist and self-described ‘crypto-anarchist’, is the creator of the Liberator, the world’s first 3-D printed gun.  By publishing the blueprint to his plastic gun online, he intends to give any individual the ability to own an unregulated firearm.

Also prominently featured in the film is the executive director of New Yorkers Against Gun Violence, Leah Barrett,  who argues that we should treat gun violence as a public health issue.

Barrett jumped in to respond to the night’s first question–about comparing America’s gun control measures to those of other nations of the Western world.  According to Barrett, after a  2013 mass shooting in Dunblane, Scotland, “The U.K passed a law making it illegal to own a handgun…and there have been no mass shootings in the U.K since then.”  She also noted that guns in America are “the only consumer product not regulated.”

According to Wilson, “What pains me about the current debate is how middle class it is in its ethics.  How thoroughly dedicated it is to preserving the debate as just a commercial products liability question. To evacuate it of all political and ideological import…let’s admit that these guns are instruments of decision.”

On Bokor’s Erase, Wilson stated “I think it’s noble in it’s artistic intentions….but there is a certain evil genius in objects and images.  That ghostly remainder of that gun was very telling.  It was the image fighting back.”

Responding to an audience member’s question about the possibility of opposing sides reaching a consensus, Bokor remarked “I fear it’s a little bit like religion.  It’s like a Hindu trying to convert a Catholic.”  Barrett and Wilson then proceeded to take turns passionately expanding upon their arguments.  Barrett drew an analogy to motor vehicles.  “Auto deaths have plummeted in this country dramatically.  And that wasn’t magic.  That was because we regulated cars for safety.”

Wilson followed with a bombastic statement of intent.  “In the comfort of your own home, outside the traditionally delineated means of commerce, I’ve given you the ability to produce an infinite amount of these rifles…I’ll ship 500 in January.   I’ll ship 1,000 in Feburary.  Understand the stakes of what’s happening.”

“We really didn’t answer,” apologized Bokor to the audience member.

“I think you actually did,” she responded.
For more about No Control, visit the film page on the DOC NYC website.