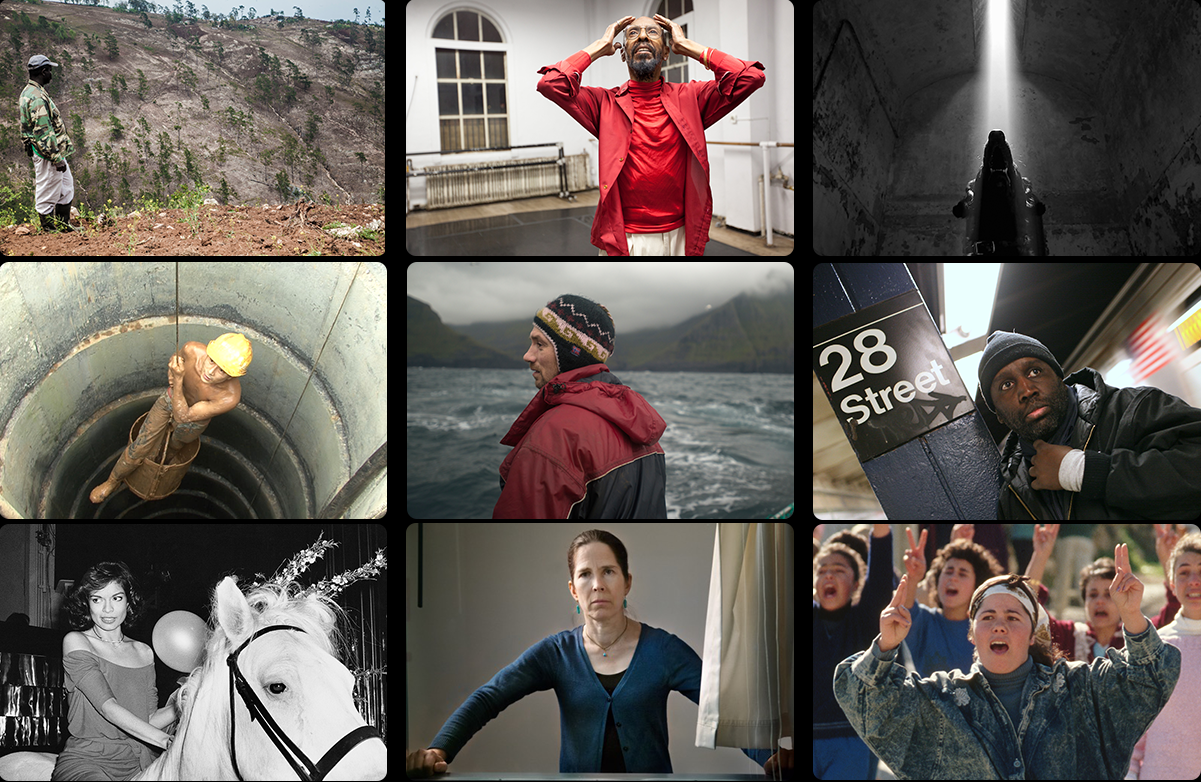 Three juries selected films from each of the festival’s Viewfinders, Metropolis and Shorts sections to recognize for their outstanding achievements in form and content. Festival audiences voted for the DOC NYC Audience Award, and a panel of industry professionals voted to select the winner of this year’s new DOC NYC PRO Pitch Perfect Award.

Grand Jury Prize Winner: The Islands and the Whales, directed by Mike Day, looks at the inhabitants of a remote archipelago who may be forced to abandon their ancient ways after clamor from international animal rights activists.

Jurors’ statement: “The nine films of the Viewfinders competition presented the jury with a rewarding range of artistic and political perspectives, but one film stood out for its potent balance of artistry and message. For its intimate portrait of a global issue, the Viewfinders Competition Winner is The Islands and the Whales, directed by Mike Day.”

Special Mention: The Road, directed by Zhang Zanbo, is an in-depth look at the corruption-plagued construction of a massive highway through a rural Chinese village.

Jurors’ statement: “For its astute portrait of the uniquely modern intersection of tradition and progress in its story of rural communities under pressure from a corrupt bureaucracy, the jury awards a Special Mention to The Road, directed by Zhang Zanbo.”

Metropolis Competition: The jury selected from among nine films in this section, which showcases films that exemplify the diverse range of stories in New York City.

Grand Jury Prize Winner: Off the Rails, directed by Adam Irving, is the stranger-than-fiction story of serial MTA imposter Darius McCollum, who has been jailed more than 30 times for illegally driving buses and conducting subway trains.

Jurors’ statement: “For its imaginative portrait of an indelible New York character, a man for whom the MTA is both a source of love and adversity, the Metropolis Competition winner is Off the Rails, directed by Adam Irving.”

Jurors’ statement: “For its poetic capturing of the quintessential New York artist experience, the jury awards a Special Mention to Winter at Westbeth, directed by Rohan Spong.”

Special Mention: The Incomparable Rose Hartman, directed by Otis Mass, is a portrait of the photographer and fixture of the NYC nightlife and fashion scenes, who has shot some of the most indelible images of pop culture of the past 40 years.

Jurors’ statement: “For its original look at of one of New York City’s most unique personalities, the DOC NYC Metropolis jury awards a Special Mention to Otis Mass’ The Incomparable Rose Hartman.”

Shorts Competition: All short films featured in the festival aside from the specially curated New York Times Op-Docs and FUSION programs and the DOC NYC U section were eligible for this jury prize.

Special Mention: Bad Dog: A Penitentiary Tale, directed by Sean McCoy, is about a black Labrador retriever named Pep, who in 1924 was convicted of murder and sentenced to life in prison at Philadelphia’s Eastern State Penitentiary.

Jurors’ statement: “For being continually surprising, ambitious and deliciously strange, the jury gives a Special Mention to Bad Dog: A Penitentiary Story, directed by Sean McCoy.”

The winning short film qualifies for consideration in the Documentary Short Subject category of the Annual Academy Awards® without the standard theatrical run, provided the film otherwise complies with the Academy rules. The filmmaker also receives a top of the line camera and accessories generously provided by festival partner SONY.

Audience Award: Features from both competitive sections were eligible for this award, based on audience balloting at the primary screening of each film.

Winner: Death by a Thousand Cuts, directed by Jake Kheel and Juan Mejia Botero, chronicling the story of a brutal murder in Haiti, which exposes long-simmering tensions that boil over into xenophobia and racism.

The winner of the DOC NYC Audience Award will receive a top of the line camera and accessories generously provided by festival partner SONY.

Winner: Untitled Women Leaders of the First Intifada Project, directed by Julia Bacha, looks at a clandestine network of Palestinian women who emerged in 1988 to lead a vibrant nonviolent social movement that put the Palestinian people on the map.

The winner of the Pitch Perfect Award will receive a top of the line camera and accessories generously provided by festival partner SONY.