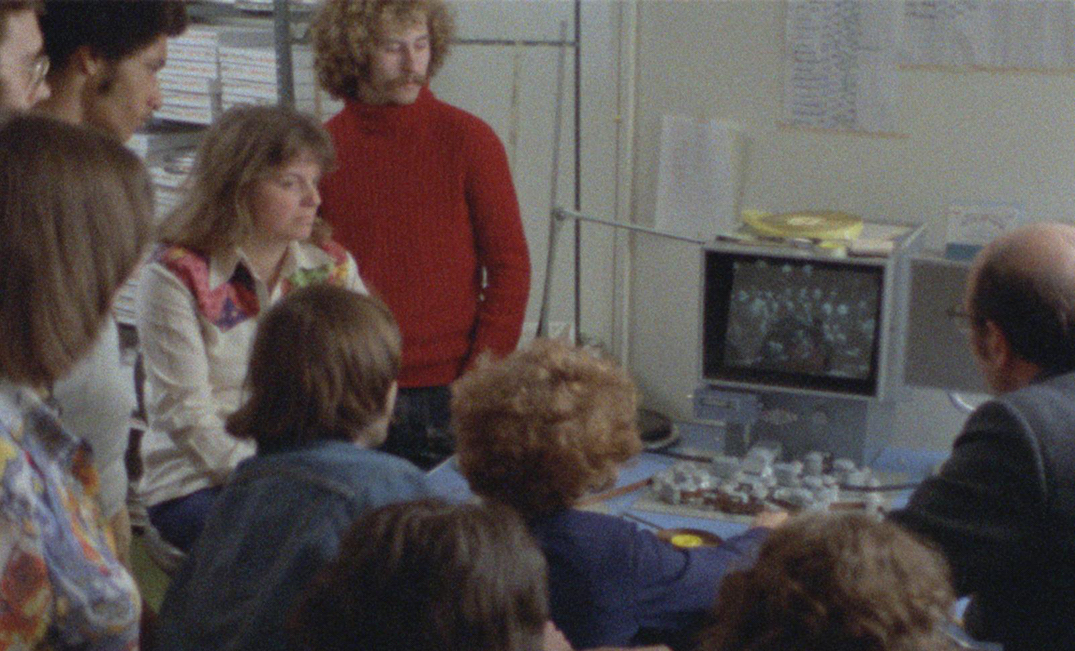 PRESENTED BY DOC NYC AND THE INTERNATIONAL DOCUMENTARY ASSOCIATION

DOC NYC and the International Documentary Association (IDA) will co-present the first “Documentary Preservation Summit” on March 31 and April 1 at IFC Center in New York. The event will gather filmmakers, preservation experts and others to address the risks of important documentary films being lost and strategies for ensuring their future. The speakers include Academy Award winning directors D.A. Pennebaker (Monterey Pop; The War Room) and Barbara Kopple (Harlan County USA; American Dream); Michael Donaldson, fair use attorney; Margaret Bodde, the executive director of The Film Foundation; and Sandra Schulberg, the head of the IndieCollect film documentation and preservation campaign.  The event hashtag is #savedocs.

“We want to sound an alarm,” said summit organizer and DOC NYC artistic director Thom Powers. “Today all filmmakers have to serve as their own archivists, whether it’s for work on older formats or fresh footage on a hard drive. This summit will give filmmakers vital knowledge about how to save their work and make it available to the public.”

“Preserving access to great documentary films and ensuring they remain available to future generations is a sleeping-giant issue facing documentary filmmakers and aficionados alike,” said Marjan Safinia, IDA Board President. “Bringing the work of IDA’s GETTING REAL documentary conference to New York, this summit shines a light on critical issues related to preservation of our documentary history and the sustainability of documentary careers.”

The summit will kick off on Tuesday March 31 at 7:30 pm with the “Keynote Panel: A Call to Action for Documentary Preservation,” featuring Hudlin, Kopple, Pennebaker, Powers and Schulberg, that will highlight the risks facing precious films. The audience will get a sneak peak at the new IndieCollect Index, an attempt to catalogue the entire field of American independent cinema, supported by a grant from the Ford Foundation.

The following day, Wednesday, April 1, will feature four panels: “Earning New Revenue Off Old Films”; “Confronting Clearance and Legal Issues”; “How Does Your Film Become Preserved and Discoverable?”; and “Best Practices: Don’t Lose Your Footage in the Digital Age.” See below for further details.

Summit passes, good for all events on both days, are $25 (or $20, in advance, for IDA and IFC Center members). To purchase a pass in advance, click here.  DOC NYC email subscribers will receive a promo code in their March 17 eblast.

Passes and tickets to individual sessions ($14) will be available in-person at the IFC Center box office, 323 Avenue of the Americas (at W. 3rd Street), starting March 31.

presented by DOC NYC and the International Documentary Association

7:30-9:00 pm KEYNOTE PANEL: A CALL TO ACTION FOR DOCUMENTARY PRESERVATION

Documentary films capture vital moments of history and culture that are at great risk of being lost if we don’t pay greater attention to their preservation. This keynote panel is aimed at film lovers who want to better understand why classic documentaries become unavailable and what’s being done to address the crisis in preservation. We’ll unveil new details of the IndieCollect film documentation and preservation campaign funded by the Ford Foundation that seeks to be part of a positive change in independent film preservation.

Is there any money to be made from old documentaries? That’s a key question that arises when discussing preservation. This panel brings together representatives of digital streaming platforms to discuss opportunities for selling back catalog films, including case studies of the Drew Associates library and Hands on a Hard Body.

Older documentaries often face legal impediments in order to be re-released. Those challenges include unclear contracts with producers and distributors; or murky clearance agreements for footage and music. This panel brings together specialists who have addressed these issues. One recent success story is Marcel Ophuls’ The Memory of Justice (1976), recently restored in an effort led by Martin Scorsese’s non-profit preservation organization, The Film Foundation. The project was an outlier for The Film Foundation that previously hadn’t faced clearance issues on any other restoration project during its 25-year history. Executive director Margaret Bodde will share what she learned alongside other case studies.

Filmmakers need to understand what film archives do and how to partner with them.  But preserving your film for posterity is just the first step. IndieCollect and some of its archive collaborators illustrate how they preserve work and render it accessible — to film programmers, online distributors, cinephiles, and the general public — so that filmmakers can monetize it.

For today’s working filmmaker, finished works as well as raw footage, increasingly wind up on hard drives for digital storage. The challenge of how to cope with digital formats is new to everyone. It requires even greater diligence than was required for older formats of celluloid and tape. On this panel, filmmakers discuss cautionary tales and strategies for not losing precious footage.

DOC NYC, America’s largest documentary festival, takes place over 8 days in November; the sixth edition will be held November 12-19, 2015 at New York’s IFC Center, SVA Theatre and Bow Tie Chelsea Cinemas. The 2014 festival showcased over 150 films and events with more than 200 filmmakers and special guests appearing in person. In addition to premiering feature-length and short documentaries, the festival’s highlights also include Doc-A-Thon—a six-day series of in-depth panels and master classes—and the Visionaries Tribute awards ceremony that honors major figures in the field of nonfiction film. The Documentary Preservation Summit is the first major event DOC NYC will co-present outside of its annual festival.

About the International Documentary Association (IDA)

Founded in 1982, the International Documentary Association (IDA) is a non-profit 501(c)(3) that provides resources, creates community, and defends rights and freedoms for documentary artists, activists, and journalists. The IDA’s major program areas include Advocacy, Filmmaker Services, Education, and Public Programs and Events. The IDA provides up-to-date news, information and community through their website, documentary.org, their various special events, and their quarterly  publication, Documentary Magazine.