Just a month after the curtains closed on DOC NYC 2019, the Academy of Motion Picture Arts and Sciences announced its shortlists in consideration for the 92nd Academy Awards, including both the Documentary Feature and Documentary Short Subject categories. DOC NYC would like to sincerely congratulate all the filmmakers behind this year’s Oscar shortlisters!

AFTER MARIA
FIRE IN PARADISE
GHOSTS OF SUGAR LAND
IN THE ABSENCE
LEARNING TO SKATEBOARD IN A WARZONE (IF YOU’RE A GIRL)
LIFE OVERTAKES ME
THE NIGHTCRAWLERS
ST. LOUIS SUPERMAN
STAY CLOSE
WALK RUN CHA-CHA

Of the 15 Documentary Feature shortlisters, 13 are DOC NYC alumni, while of the 10 Documentary Short Subject shortlisters, 7 are DOC NYC alumni. Five of these films received honors as part of DOC NYC’s inaugural Short List Awards: Petra Costa’s audacious personal account of Brazil’s descent into political crisis in THE EDGE OF DEMOCRACY received the Directing Award. Julia Reichert and Steven Bognar’s complex portrait of a formerly unionized factory in Dayton, OH being re-opened by a Chinese billionaire, AMERICAN FACTORY won the Producing Award. Todd Douglas Miller’s miraculous reworking of NASA’s long archived 70mm footage of man’s first trip to the moon, APOLLO 11 received the Editing Award. Waad al-Kateab received Special Recognition for Courage in Filmmaking for exceptional bravery while making her personal account of Syria through five years of civil war in FOR SAMA, which she co-directed with Edward Watts. And lastly, Luther Clement and Shuhan Fan’s animated portrait of how an underdog fencer from Brooklyn overcomes a gauntlet of hardships on the road to the Olympics, STAY CLOSE was honored with the first Short List: Shorts Directing Award. 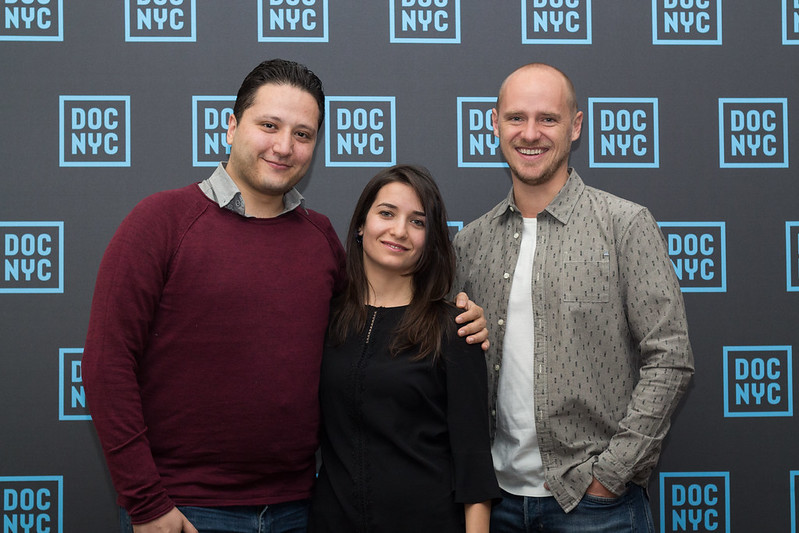 Together with STAY CLOSE, six additional shorts were also part of this year’s DOC NYC Shorts Short List program – they included Yi Seung-Jun’s tragic telling of when the passenger ferry MV Sewol sank off the coast of South Korea in 2014 in the DOC NYC 2018 Jury Award winning IN THE ABSENCE; Drea Cooper and Zackary Canepari’s heart-wrenching California wildfire account in FIRE IN PARADISE; Bassam Tariq’s stunning tale of a group of suburban Muslim friends who trace the disappearance of their friend “Mark,” who is suspected of joining ISIS in GHOSTS OF SUGAR LAND; Carol Dysinger’s love letter to the war-torn city of Kabula, a place she has filmed in for the last fifteen years, LEARNING TO SKATEBOARD IN A WARZONE (IF YOU’RE A GIRL); Alexander A. Mora’s revealing look at the terrible human cost of Filipino President Rodrigo Duterte’s war on drugs in THE NIGHTCRAWLERS; and Smriti Mundhra and Sami Khan’s moving portrait of Bruce Franks Jr., a 34-year-old Ferguson activist and battle rapper who was elected to the overwhelmingly white and Republican Missouri House of Representatives in ST. LOUIS SUPERMAN. And let’s not forget that last year AFTER MARIA director Nadia Hallgren was one of the honorees selected for our inaugural 40 Under 40 list, honoring 40 documentary talents under the age of 40. 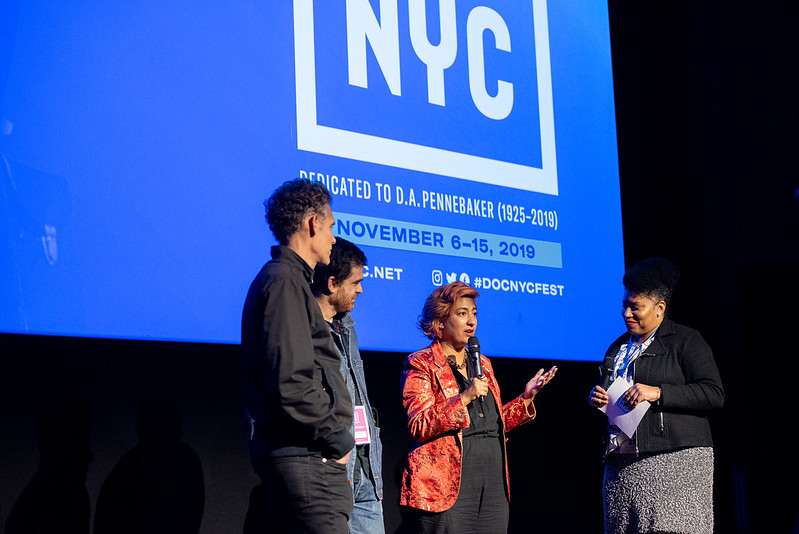 Each of the filmmakers selected for DOC NYC’s 2019 Short List also were invited to speak and take part in DOC NYC PRO, our 8-day industry conference which brings together the most influential filmmakers of the year for a day of thematic conversations exploring their creativity. Those selected by The Academy for the Oscar Shortlist for Documentary Feature who previously participated in our DOC NYC PRO Short List: Features panels included Nanfu Wang, who crafted a deeply personal look at the social repercussions of China’s one child policy in ONE CHILD NATION; Roger Ross Williams, whose THE APOLLO tells the rich history of Harlem’s Apollo Theater; Feras Fayyad, whose deeply affecting THE CAVE takes us into a subterranean hospital under the uninhabitable city of Ghouta in wartorn Syria; Rachel Lears, who captured Alexandria Ocasio-Cortez as she conducts a surprise campaign for Congress while still working as a bartender in KNOCK DOWN THE HOUSE; Jehane Noujaim, who co-directed the shocking Cambridge Analytica exposé THE GREAT HACK alongside Karim Amer, Tamara Kotevska; who co-directed the visually stunning portrait of old-school beekeeeper Hatidze in HONEYLAND with Ljubomir Stefanov; and John Chester, whose THE BIGGEST LITTLE FARM chronicles the story of his family’s transition from city life to farming on a stretch of depleted soil outside Los Angeles. 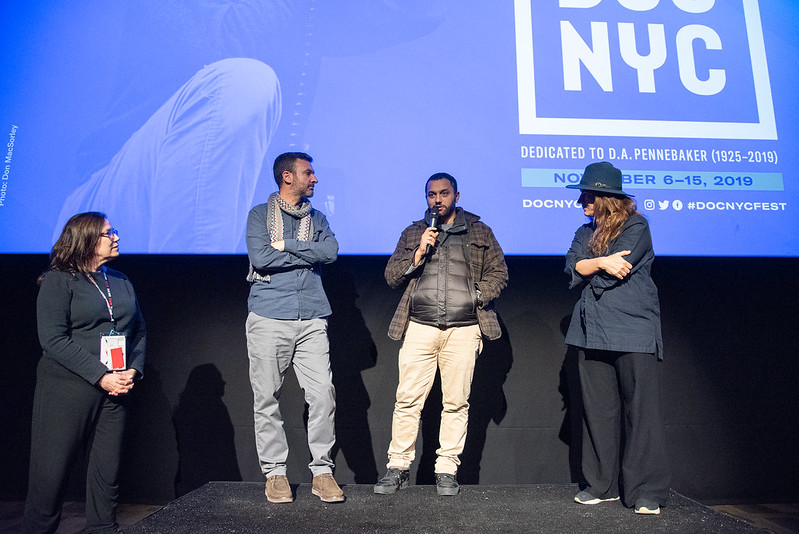 This year DOC NYC introduced the Winner’s Circle section to highlight films that have won major festival awards—in many cases, from Oscar-qualifying international festivals—but might fly below the radar of American audiences. Two films that screened in this new program were listed on The Academy’s Short List for Documentary Feature: Rachel Leah Jones and Philippe Bellaïche’s revealing profile of controversial Israeli attorney Lea Tsemel through five decades of defending Palestinians in court, ADVOCATE; and Luke Lorentzen’s thrilling ride-along with the Ochoa family as they struggle to make a living as ragtag private paramedics in MIDNIGHT FAMILY.