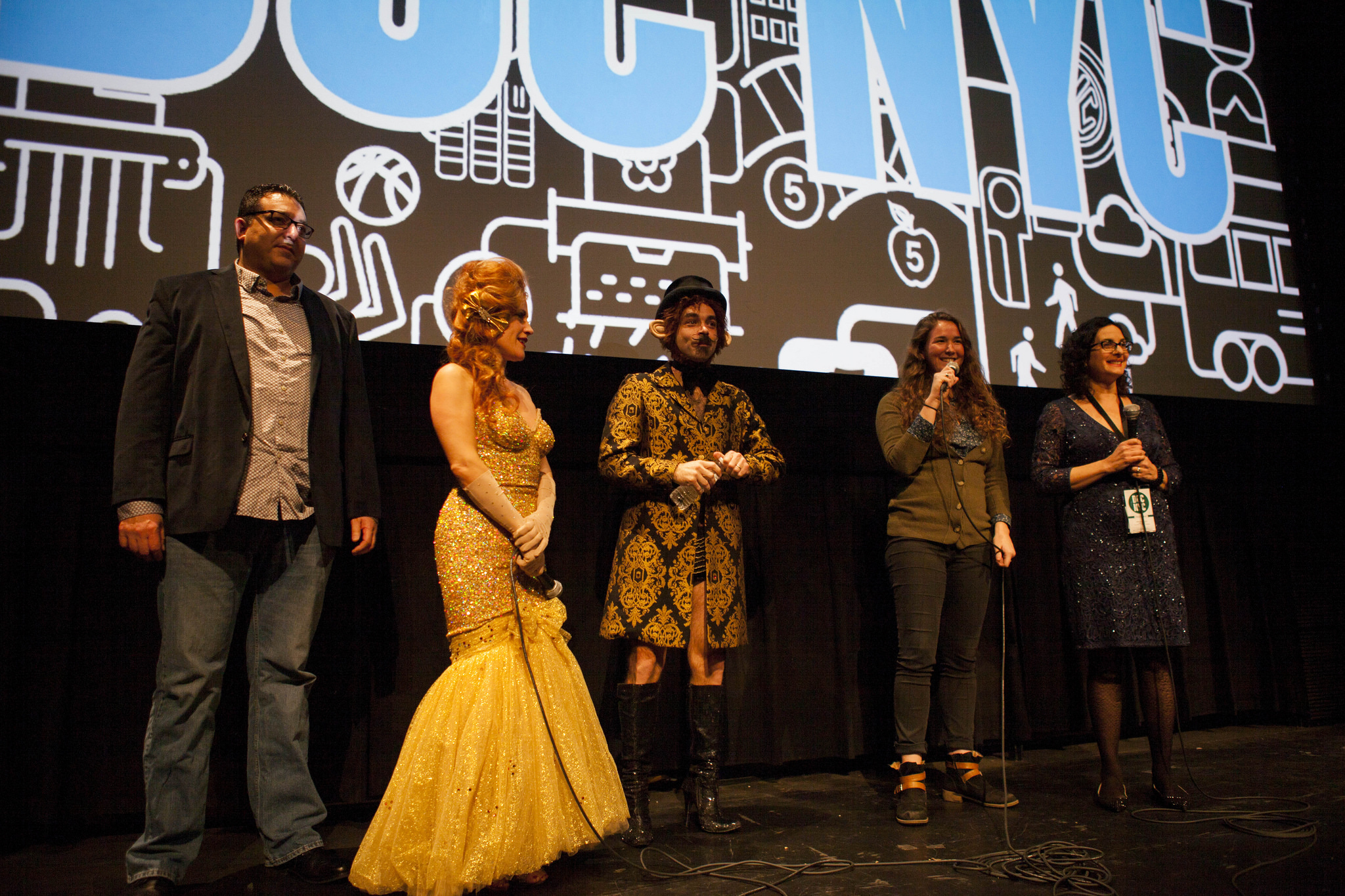 On Monday night, DOC NYC screened the world premiere of Kirsten D’Andrea Hollander’s Us, Naked: Trixie & Monkey.  The film takes us into the private lives of two modern-day burlesque performers who go by the names Trixie Little and the Evil Hate Monkey.  Their unique performances combine impressive acrobatic feats with ribald clowning to entertaining and provocative effect.

The movie follows them over the course of seven years as they master their craft in circus school, tour throughout the world, and compete in an annual burlesque competitions in Las Vegas.  The film follows not only their rise to success but also the tricky tact it takes to simultaneously maintain a professional and romantic relationship.

The screening was communal and festive –a number of audience members arrived decked out in their performance costumes. The Q&A following the film, which included director Kirsten D’Andrea Hollander, Trixie Little, and The Evil Hate Money, was fittingly loose and friendly.

Hollander responded with warmth and sincerity to an early question about her decision to take on the project.

“My honest answer is that I’m a very serious person, and I needed to remember that the humor and beauty they bring to the stage is a healing agent in this world,” she said.  “I think the beauty is in what was going behind the scenes and how they never gave up,” she added. “This truly was a labor of love film.”

Trixie revealed  how she and Hollander first met:  “I was her yoga teacher but ironically she was also my college professor.” Hollander had originally approached Trixie about making a yoga-related project, but instead Trixie suggested “you should come see what we do.”

Monkey informed the audience that for the first year of shooting, the doc resembled more of a concert film.  But audience feedback from early footage suggested to director Hollander that a more intimate approach was necessary.

“That’s when it got real,” said Monkey.  “It’s like you’re waking up, and there’s a camera in your face!  I recognized early on we just had to give over to it if it was going to be a good film.”

“I hated it, you were fine with it” interjected Trixie with a laugh. “I made it difficult all the time.  I was like ‘they wanna do WHAT’!?”

However, on the performers’ working relationship with their director, Trixie remarked “We were really lucky because Kirsten was open to letting us have a lot of say in it and making it feel real. ”

At one point the performers’ friend Murray Hill, who narrates sections of the film,  asked sarcastically “When can I expect my royalty check?”

“This is a labor of love film,” Hollander emphasized with a wry smile.

For more about Us, Naked: Trixie & Monkey, visit the film page on the DOC NYC website.