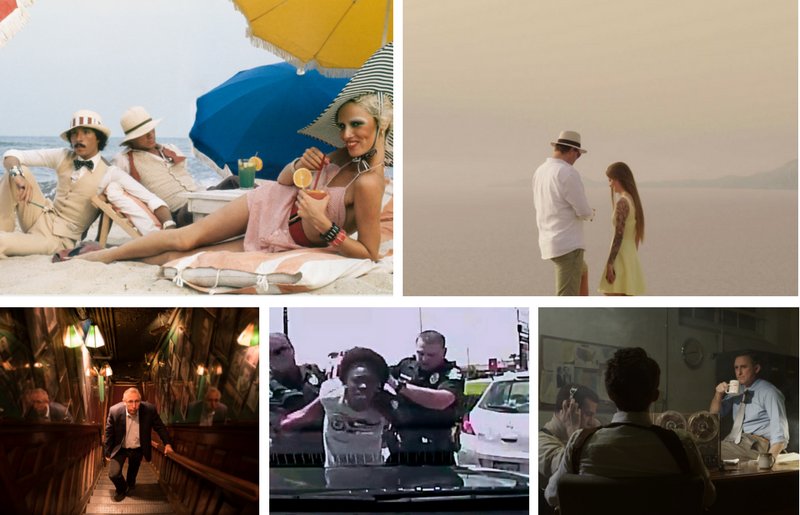 Three juries selected films from each of the festival’s Viewfinders, Metropolis and Shorts sections to recognize for their outstanding achievements in form and content. Festival audiences voted for the DOC NYC Audience Award, and a panel of industry professionals voted to select the winner of this year’s DOC NYC PRO Pitch Perfect Award, given to a work-in-progress. The winner of last year’s DOC NYC PRO Pitch Perfect Award, Naila and the Uprising from director Julia Bacha, had its World Premiere at the 2017 festival with a sold out screening in the festival’s largest venue, the SVA Theatre.

Viewfinders Competition: The jury selected from among eight films in this section, chosen by the programmers for their distinct directorial visions.

Grand Jury Prize Winner: The Stranger, directed by Nicole N. Horanyi, follows a 25-year-old single mother who meets the man of her dreams on Facebook, but she soon discovers that the charming, worldly man has secrets.

Jurors’ statement: “For its multilayered approach to storytelling and challenge to the definition of nonfiction the Viewfinders jury awards The Stranger by filmmaker Nicole N. Horanyi.”

Metropolis Competition: The jury selected from among seven films in this section, which showcases films that exemplify the diverse range of stories in New York City.

Grand Jury Prize Winner: Antonio Lopez 1970: Sex Fashion & Disco, directed by James Crump, is a portrait of the most influential fashion illustrator of 1970s New York and Paris, known for discovering talents such as Pat Cleveland and Grace Jones.

Jurors’ statement: “For rescuing a vital figure in the fashion industry from the background of New York in the 1970s, when the joy and diversity of a new creative vision helped the city emerge from darkness, the Metropolis jury awards Antonio Lopez 1970: Sex Fashion & Disco by filmmaker James Crump.”

Both Viewfinders and the Metropolis Grand Jury Prize winners receive a deliverables package provided by Technicolor PostWorks New York as well as a one-week theatrical, awards-qualifying run at the IFC Center in 2018.

Shorts Competition: All short films featured in the festival, aside from the specially curated DOC NYC U section, were eligible for this jury prize.

Jurors’ statement: “For its powerful portrait of a woman at the center of one of America’s most important current issues, the Shorts jury awards Traffic Stop by filmmaker Kate Davis.”

Special Mention: Winter’s Watch, directed by Brian Bolster, about a hotel caretaker embracing the solitude of the off-season.

The 2017 winning Short film qualifies for consideration in the Documentary Short Subject category of the annual Academy Awards® without the standard theatrical run, provided the film otherwise complies with the Academy rules.

The winner of the DOC NYC Audience Award receives a screening as part of the IFC Center’s Stranger Than Fiction screening series in 2018.

DOC NYC PRO Pitch Perfect Award: Recognizes the best pitch given during DOC NYC PRO’s Pitch Perfect Day, based on the pitch itself, as well as the viability of the project, and is determined by industry professionals taking part in the daylong pitch event.

Winner: Blue Code of Silence, directed by Magnus Skatvold and Gregory Mallozzi, tells the forty-year-old story of when policeman Bob Leuci brought down New York City’s most corrupt police unit, but at a grave personal cost.

The winner of the Pitch Perfect Award receives an edit suite at Wheelhouse Creative for eight weeks, a one-year membership at ScreeningRoom, and credit with POND5.

Complete DOC NYC program information can be found at: www.docnyc.net