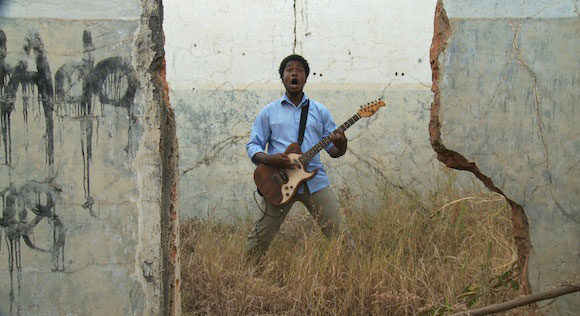 NYC PREMIERE Sonia runs the Okutiuka orphanage in Huambo, Angola’s second largest city, nearly decimated by decades of civil war. Her boyfriend, Wilker, is a death metal guitarist. To raise awareness and funds for the orphanage, the industrious couple organizes the country’s first-ever national rock concert, tapping into the unexpected healing power hardcore music can engender in a youth population that has directly witnessed the worst of humanity and now only seeks a peaceful future.

NOTE: This screening is now SOLD-OUT. Based on last-minute availability, a limited number of tickets may be released for sale 15 minutes before showtime on a first come, first served basis to patrons in the RUSH LINE.

“Jeremy Xido’s documentary surprises out of the gate with its understated, observational character exploring the textures of ruin and decay in war-torn Angolan cities like Luanda, Benguela, and Huambo.” – TIME Magazine/Lightbox

On Mon. Nov. 18 at 2pm, the Fulbright Program is sponsoring a case study on Death Metal Angola, deepsouth and Detropia called “FILMING OUTSIDE YOUR TURF.” For more information, click here.