Spend the day with top professionals as they share their insights on contracts, digital rights, self-distribution, and more.

Tickets are on sale for $85 for the full day (or $75 for IFC Center members, please enter your member code to redeem). Seating is limited.

Tickets are on sale for $85 for the full day (or $75 for IFC Center members). Seating is limited. Order in advance! 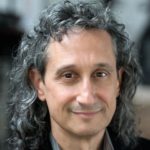 Richard Abramowitz is an innovative leader with more than 35 years of experience in the distribution and marketing of independent films. His company, Abramorama, takes a personalized, focused form of film marketing and distribution that bypasses traditional film studios and their methodology, providing valuable distribution alternatives to content makers and owners. 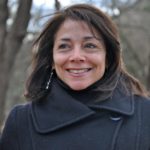 Julie Anderson is an award winning non-fiction producer, director, writer and development executive. She has created award winning programming for ESPN, HBO Sports, HBO Documentary Films, PBS, CNN, CBS Sports, ABC Sports and BET, among many others. Currently she is producing and co-directing a multipart series for ESPN 30 for 30 for 2019, and in development with three other projects. 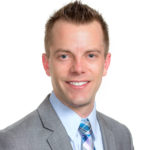 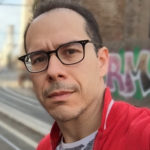 Jonathan Bogarín is the co-director of El Tigre Productions where he produces innovative non-fiction films and creates digital content for the world’s leading museums and brands. His first feature, 306 Hollywood, premiered on opening night of the 2018 Sundance Film Festival as the first documentary ever to be included in the festival’s NEXT section. The film will be released theatrically in September 2018 in partnership with the Sundance Institute, broadcast on POV, and streamed on Amazon. When not making films, Jonathan is a visual artist and educator who creates community-based art projects throughout the US and Venezuela. He has received support from NYSCA, Just Films/Ford Foundation, Latino Public Broadcasting, IFP, and Hot Docs, among others. In 2017 Jonathan and his sister Elan were chosen for Filmmaker Magazine’s 25 New Faces of Film. 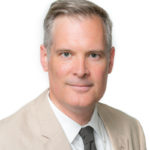 Lindsay W. Bowen is a partner at Cowan, DeBaets, Abrahams and Sheppard LLP. His practice focuses on the intersection and tension between creativity and technology.  He represents individuals and companies, from household names to the up-and-coming, across a wide range of creative industries, including advertising, app development, fashion, film, hospitality, music, podcasting, television, and theatre. 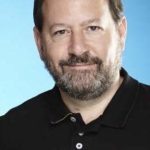 Josh Braun is the cofounder of Submarine Entertainment, a company that represents, produces, and develops feature films and documentaries including Winter’s Bone (2010 Sundance Grand Jury Prize winner), Man on Wire (2009 Academy Award winner, Best Documentary), The Cove (2010 Academy Award winner, Best Documentary), Werner Herzog’s Cave of Forgotten Dreams and Encounters at the End of the World, Joan Rivers: A Piece of Work, Winnebago Man, Spellbound, Supersize Me, and Food, Inc.. Variety listed Submarine Entertainment as one of the top film reps in the business. 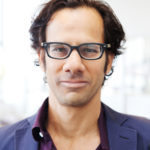 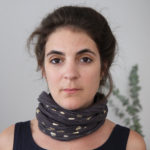 Jessica Edwards has a broad background in the film industry as a director, producer and publicist. Her first feature-length documentary, Mavis!, about soul music legend Mavis Staples and her family group The Staple Singers, premiered on HBO in 2016 and was awarded a Peabody for distinguished achievement in documentary filmmaking. Her award-winning debut short Seltzer Works premiered at SxSW and was broadcast on the PBS series POV in 2010. Her other documentaries including Tugs (2011), The Landfill (2012) and Slowerblack (2017) have screened at film festivals around the world including Sundance, SxSW, Hot Docs, Full Frame, IDFA and dozens of others. 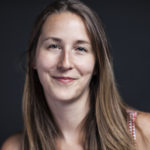 Rachel Falcone is a director/producer, multimedia artist, and Executive Director of Storyline, a non-profit production company that builds power with story and strategy. Rachel recently produced Water Warriors, a short film and exhibition about a community’s successful fight to protect their water from the oil and natural gas industry. The film has won 9 awards and been featured in more than 50 film festivals so far, including the Tribeca Film Festival and DOC NYC. Rachel co-directed the participatory web documentary and exhibition Sandy Storyline, about the impact of Hurricane Sandy. When the project won the inaugural Storyscapes Award (Tribeca 2013), jurors said, “This project serves as a model for narratives surrounding future moments of crisis.” Rachel began in radio working with the Peabody award-winning national oral history project StoryCorps, and she has also directed dozens of short films for organizations like Earth Island Institute, AFSCME and NESRI. 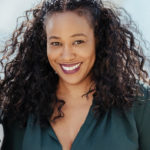 Sabrina Schmidt Gordon is an award-winning documentary filmmaker from New York City. Her editing debut won an Emmy for WGBH’s Greater Boston Arts series, and she has continued to distinguish herself as a producer, editor, and director. Her latest film, Quest, premiered at the Sundance Film Festival in January 2017. It has won Grand Jury prizes at several festivals, including the Full Frame Documentary Film Festival, where it also won the Human Rights award. Her feature debut as a producer and editor, Hip-Hop: Beyond Beats and Rhymes, also premiered at Sundance, in 2006, and was named in the Chicago Tribune’s “Best Documentaries of 2007.” Her commitment to social justice extends to consulting on and producing engagement and impact campaigns for media projects. Sabrina is on the faculty at the Columbia University Graduate School of Journalism and the CUNY Graduate School of Journalism. She is co-chair of the Black Documentary Collective and serves on many media panels and juries. 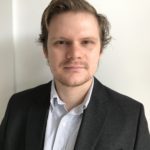 Jake Hanly is the VP, Acquisitions at Gunpowder & Sky, responsible for sourcing, evaluating and negotiating distribution agreements for Gunpowder’s slate of theatrical releases, digital distribution and sales agency titles. He is also directly involved in the development of Gunpowder & Sky original productions and film financing initiatives. Prior to joining the acquisitions department, Jake ran the acquisitions department and worked in the sales group at FilmBuff. At FilmBuff, he has been integrally involved in the distribution, sales and marketing of titles such as The Little Hours (Sundance 2017), Hearts Beat Loud (Sundance 2018), Karyn Kusama’s The Invitation, Vice Media’s All This Mayhem, This Changes Everything (Toronto Film Festival), Spring (Toronto Film Festival), and The Russian Woodpecker (Sundance Grand Jury award winner, Independent Spirit Award nominee). 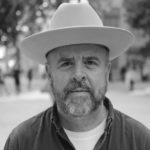 Gary Hustwit is an independent filmmaker and photographer based in New York. He has produced 13 feature documentaries, including the award-winning I Am Trying To Break Your Heart about the band Wilco; Oddsac, an experimental feature film by the band Animal Collective; and Mavis!, the HBO documentary about gospel/soul music legend Mavis Staples. Gary worked with punk label SST Records in the late-1980s, ran the independent book publishing house Incommunicado Press during the 1990s, was Vice President of the media website Salon.com in 2000, and started the indie DVD label Plexifilm in 2001. 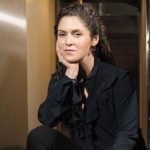 Amanda Lipitz‘s directorial debut and first feature-length documentary, STEP, premiered in competition at the 2017 Sundance Film Festival and won the Special Jury Award for Inspirational Filmmaking. Additionally, STEP was awarded the NAACP Image Award for Best Documentary, the African American Critics Choice Award for Best Documentary, the Lena Sharpe Award for Persistence of Vision at the Seattle International Film Festival and the Audience Award at the AFI Docs Festival. Known nationally for her films highlighting philanthropic organizations and their impact, Lipitz has made more than 30 shorts for organizations such as the Young Women’s Leadership Network, Citymeals on Wheels, College Bound Initiative, The Tory Burch Foundation, Barnard College, Turnaround for Children, The Gateway School and many more. 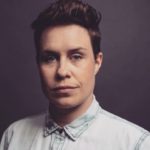 Elise McCave works at Kickstarter as Director of Narrative Film, responsible for working with filmmakers and organizations worldwide to bring film projects to life and build communities of support. She works to ensure the creative voices on Kickstarter come from all corners of the industry,  producing work that explores the form to the fullest. Elise joined Kickstarter in 2016 after many with Doc Society (formerly BRITDOC), a nonprofit working with documentary filmmakers based in London and New York, where she was Deputy Director and produced Good Pitch from its inception. 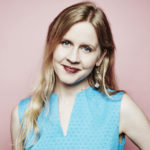 Justine Nagan is the Executive Director of American Documentary, Inc., and an Executive Producer on its two signature series, POV (PBS) and America Reframed (World Channel in partnership with WGBH). POV is the longest running independent documentary series on television. She is a strong believer in the important role of public media in a democracy; diversity and independent voices in popular culture and of documentary as a tool for civic dialogue, new thinking and social change. 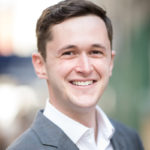 Andrew C. Tunnard is a transactional attorney in Cowan, DeBaets, Abrahams & Sheppard LLP’s Entertainment practice group. Prior to joining CDAS, Andrew was at NBCUniversal, where he focused on entertainment and media transactions relating primarily to on-air talent, producers, directors, writers, and executives.  At NBCU, Andrew negotiated and drafted agreements for CNBC, LX-TV, MSNBC, NBC News, NBC Sports, and Telemundo, among others.  Andrew started his legal career at the law firm Skadden, Arps, Slate, Meagher & Flom LLP, where he was an associate in the Mergers and Acquisitions and Project Finance practice groups. 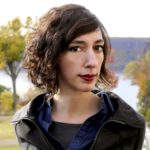 Lana Wilson is an Emmy Award-winning and two-time Spirit Award-nominated director, writer, and producer based in New York. Her most recent film, The Departure, called “A work of art” by the San Francisco Chronicle and “A genuinely spiritual experience” by The Washington Post, premiered at the Tribeca Film Festival in 2017 and was nominated for the Independent Spirit Award for Best Documentary. The Departure opened theatrically at New York’s Metrograph, followed by a release in over 30 US cities. It was nationally broadcast on PBS early this year. Wilson’s first film, After Tiller, premiered at Sundance in 2013 and won an Emmy Award for Best Documentary. It was also nominated for an Independent Spirit Award, four Cinema Eye Honors, and the Ridenhour Prize. After Tiller was theatrically released in 50 US cities by Oscilloscope and nationally broadcast on POV. 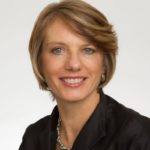 Nancy E. Wolff is a member of the intellectual property, media and entertainment law firm of Cowan, DeBaets, Abrahams & Sheppard, LLP located in New York, New York and Beverly Hills, CA. She provides a unique legal service for multimedia companies of all sizes. Experienced in copyright, trademark and digital media law, Nancy offers full legal support to a wide range of traditional and digital media clients. Services include preparing all the necessary contracts and licensing agreements involved in the distribution or licensing of products and services in a multi-platform environment; offering branding, trademark and copyright protection strategy; reviewing content for potential legal issues; developing, negotiating and reviewing contracts or counseling clients on legal issues or business questions as they occur. Her achievements have earned her recognition as a Super Lawyer in Intellectual Property.